Man Enough To Teach: An Interview With Male Preschool Teachers In Singapore

What image comes to mind when you think of a preschool teacher? Michele See speaks to three men who decided to forge a career in a female dominated industry. 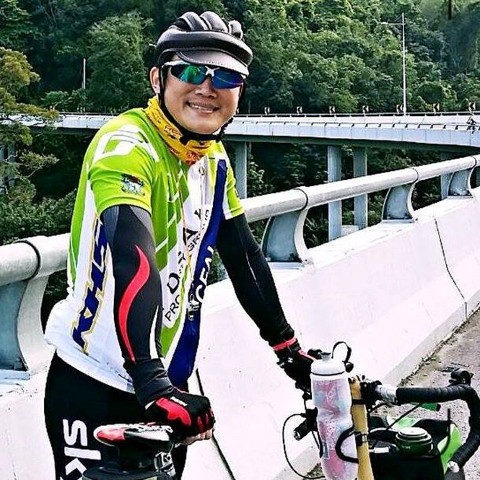 A biking enthusiast, Lobert cycles over 100km a month and challenges himself to scale new horizons with his foldable bicycle. Lorbert was previously in the automobile sales line but made the switch to teaching in 2008. His passion for quality education led him to pursue a Masters in Education, Specializing in Early Childhood Education.

A Story Close To Heart

During his first day while observing a four-year-old class, something happened that led him to reflect about his role as a teacher.

“A girl had hid herself in one of the corners of the classroom and was sulking. The class teacher asked me to assist her to bring the child over. I brought her to sit with her friends. At this point, the girl clung onto me and started to cry loudly.

The class teacher explained to me her father works overseas and she only saw him once a year. Later, the teacher encouraged me to accompany her for the rest of the lesson. I engaged with her in the activities and played the role of a ‘soul-comforting figure’. I spoke to her and explained to the best I could to help her understand why her dad has to be overseas and is working so hard.”

Although he had the passion and sincerity, Lorbert had to face the social stigma of male preschool teachers. He had parents pulling their children out of his class when they found out that he was the form teacher. “Similar to women working in a largely male environment, we have to prove our worth to be a caring and nurturing team player.” he adds. Despite these setbacks, he is very thankful as he has a very supportive and understanding wife who believes in his passion and vision.

One Important Lesson He Learnt From Teaching Children

“Patience. Many of the deep and meaningful developments that take place within children and their families cannot be measured within a specific time-frame or proven by ticking off from a checklist. The seeds planted in children need to be given time to grow.” Lobert explains. Jacob’s journey into the Early Childhood field began during his overseas community service trips when he had the opportunity to interact with children. These interactions at the children’s homes remain etched in his mind. He considered potential education pathways and went on to pursue a diploma in Early Childhood Education from Ngee Ann Polytechnic, and went on to pursue his Bachelor of Science in Early Childhood Education with Wheelock College, held in partnership with Singapore Institute of Technology (SIT).

Struggles as a male preschool teacher

Having invested much time and love into the childcare line, Jacob has built up a good track record with families of the children he works with. As a professional educator with only the best intentions, Jacob feels that the idea of a male being an early childhood educator is still emerging.

The stigma of being labelled as a potential sexual predator is still entrenched in people’s minds. This is often played out by news reports of sexual abuse cases involving a male abuser. Some parents initially expressed concern about having a male teacher as their child’s teacher, feeling uncomfortable with this arrangement.

However, with strong support from colleagues, his school Principal and the continued engagement with parents, mutual trust eventually developed, which made his journey as an educator one that was fulfilling. As such, the trust and confidence he gains from his student’s parents is a gift he treasures deeply. Hearing from parents about how their children are able to apply what they learnt in school at home makes him very rejoiceful and happy.

An Advocate For Preschool Education

The topic of children simply coming to pre-school to play meaninglessly; emerges a lot during conversations with family and friends. He sees these as moments to advocate for teaching professionals in the Early Childhood Education sector. Jacob mentions that while children do play, he also takes this opportunity to highlight the value, reason and purpose in the activities that teachers formulate and carry out with children.

Jacob takes his job seriously and believes there is a need for congruence in his professional and personal life. “Children are observing more than we think they are. The values we hold when we communicate with others speak more volume than what we ‘teach’ children in the classrooms.” he responds.

“I attempt to help people think about long term goals for children and that early childhood is one crucial leg of the education journey. In all these moments, I use it as opportunities to share and demonstrate professionalism as a practitioner in the field.”

Jacob takes his job seriously and believes there is a need for congruence in his professional and personal life. “Children are observing more than we think they are.

The values we hold when we communicate with others speak more volume than what we ‘teach’ children in the classrooms.” he responds. 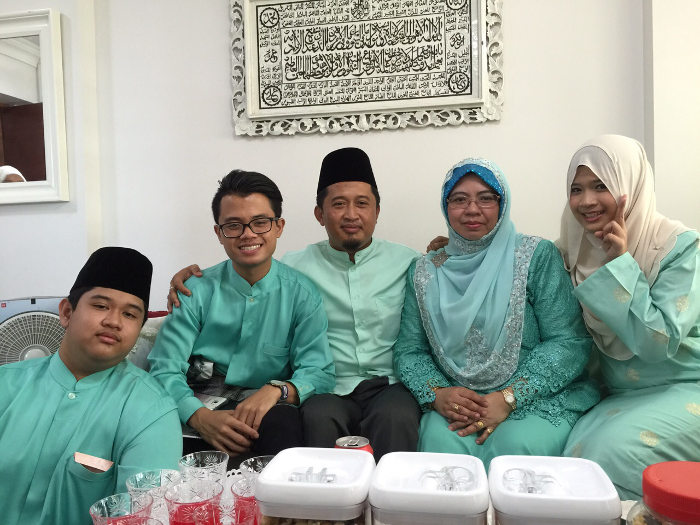 Haziq (second from the left) with his family

Haziq holds a Diploma in Environmental Design but decided to move into the teaching industry after he completed his National Service. Currently waiting to receive his Diploma in Early Childhood, Care and Education, he hopes to make use of his exposure in arts and design to inspire young children.

Haziq’s passion for teaching came at a very young age. “My mother is a secondary school teacher and I have always wondered what she was doing at work. She would come home to mark worksheets and essays and I would look at her working till late hours at night. I would also ‘prepare’ worksheets and teach my younger sister English and Maths for fun.” He recalls.

A common concern that all three teachers brought up was their families’ concern regarding their pay, as it brings the uncertainty of the ability to sustain a family in future. For Haziq, his parents grew more accepting and gave him their blessing to pursue a career in teaching upon seeing how much he enjoys working with children. Now, they even encourage him to pursue higher education and qualifications in the near future.

What makes it all worthwhile

Although his colleagues describe him as a very quiet, kind and shy boy, Haziq can strike a rapport with children with ease. Children also seem to take a liking to him more quickly, probably because a male figure in a childcare centre is quite uncommon and therefore, they get more excited when they see him.

Haziq believes his values will reflect and imitate his interactions with his students. He recalls with a smile, “Hearing children say, ‘Mr Haziq is the best teacher in the whole world’ makes everything worthwhile.” His biggest takeaway from his teaching stint so far? “Every teacher and child is a unique individual and deserves our fullest respect.”