What Do Teachers And Movie Directors Have In Common?

What do you get when you put together a director who’s been nominated for seven Academy Awards, and a CEO and founder of Singapore’s leading preschool?

⇒ Related Read: How MindChamps Preschool Curriculum Prepares Your Child For The Future

Up close and personal, the dialogue aims to shift the old modes of teaching. Both speakers were joined by over 700 preschool teachers on 8 March 2019. 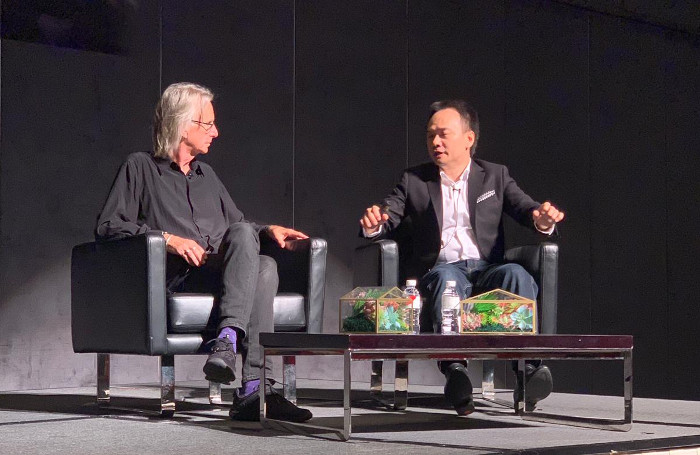 Mr Chiem has always believed that education is theatre. In his opening, he asks, “How can we leverage the world of theatre and make it similar to the world of education? Great education is about the engagement of mind. Similarly, the theatre has to engage the minds of the audience.”

He brought up the similarities of teachers implementing curriculum and directors bringing the script to live. Mr Chiem deemed that leading the imagination is the highest level of education.

Sharing the same ideology, Dr Hicks explained how acting comes naturally for children, like in a game of pretend. It was his job as a director to help the child to find his own emotions. “I want them to feel it. They all have different ways to feel it,” the director said.

Dr Hicks also joked about how it would be terrifying for him to stand in front of a group of children. And for that he admired the work that teachers do.


Helping Children and Actors To Be Confident

The two industry experts also touched on building confident actors and children in the classroom. Dr Hicks spoke about his role as a director in making sure that all his actors shine in their role and shared an example from directing his movie, Shine.

Dr Hicks had to support Geoffrey Rush in a scene where he had to play the piano as though his life depended on it as stated in the script. During the process, he had offered Rush to work with a professional pianist. However, being a great actor that he is, Rush learned the notes to place his fingers and achieved it.

Mr Chiem adds, “It takes a visionary teacher to help a child shine to the world. That’s what Champion teachers do everyday. Helping a child to believe in themselves.” 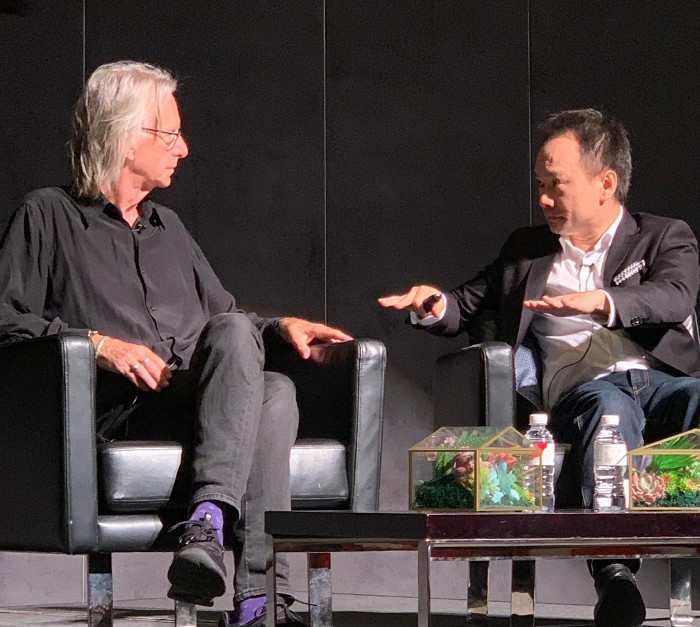 Lastly, the two chatted about being sensitive to the actors’ and children’s needs.

Dr Hicks recalled the time when he worked with the actor, Sir Anthony Hopkins. At the beginning, Hopkins was frustrated for not being able to do a simple thing.

After realising that Dr Hick’s cinematographer had removed all the things that reminded Hopkins of the ‘place’ he was in (where the movie is set), he got them to recreate the room again. Dr Hicks went on to apologise to Hopkins for not realising what they did to the set.

Reflecting on his experiences, Dr Scott Hicks recounts, “There is no road map to this. You find out as you go along. You learn to have some understanding of the actors’ mind and what it is like from their point of view.”

Mr Chiem wrapped up the workshop by drawing parallels between a teacher and director. He states, “To teachers, the actor is our students. That’s an amazing parallel to what a teacher does – Director of the classroom.”

To realise their vision of providing children with the best in education through our programmes, MindChamps works with leading global experts in various fields.

To learn more about their programmes, head over to MindChamps PreSchool and MindChamps Reading and Writing.

Photos and text by Dinah Shahab