Exclusive interview with Brian Caswell, Dean of Research and Program Development at MindChamps

An internationally-acclaimed award-winning author and a respected educationist with thirty years’ experience in the areas of public and private education, Brian Caswell has been in constant demand as a speaker and literary consultant. Brian is also one of Australia’s most innovative thinkers and an acknowledged expert on today’s youth and their response to the modern environment and the demands of the school system, as well as the link between the development of students’ creativity and academic success. Brian Caswell is currently the Dean of Research and Program Development at MindChamps. 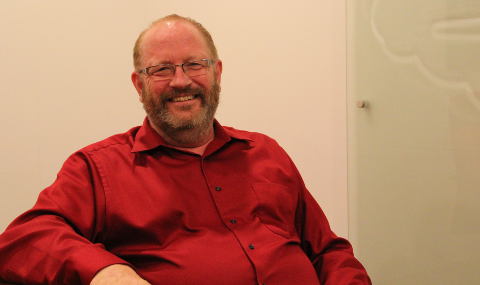 In Part I of this four part interview series, The New Age Parents spoke to Brian to find out more about his big family, his role in MindChamps, what he feels about being a parent and a grandparent.

TNAP: Hi Brian, pleasure to meet you. Let’s start with your family. How many children do you have and how old are they now?

I have 4 kids with my wife, 3 boys and 1 girl. My oldest son is Michael, daughter, Claire and twins, Nicholas and Benjamin. Their ages range from 39 to 28 years old. I have 12 and half grandchildren at the moment. My grand kids are as young as 8 months, and the oldest are twins, they are nearly 19. It’s quite a range.

Yeah (Laughs) one is on the way. My daughter should be due around February or March (2013). We are hoping this one will be a girl as I have 3 grand girls and 10 boys. The Caswell family isn’t big on girls. Until my daughter was born, who is our second kid, there hasn’t been a girl in our family. There are three boys in my family; my father and my two brothers. We fully expect to have about 15 to 16. Yes it’s a big family, and we started young. We were grandparents when we were 39.

TNAP: Are your children in the education field as well?

No they are doing everything. My daughter is a remedial massage therapist. My eldest son does a lot of things; he drives trucks, huge, huge trucks. He has always loved machinery since he was very young and he is very good with machines. He can rebuild things and fix things. The two youngest are twins. One is a sound/audio engineer. His twin brother is an environmental supervisor at a hospital.

We always believe very strongly that kids should follow whatever they want. I’m doing about 50 things myself. That actually came from my father. My father always believed that you learn as much as you can about anything you can, and then you make the most of it and see what you can do with it. And it’s a good philosophy. My two brothers are quite creative people. My older brother is a songwriter and performer, my younger brother is a financial consultant. So they both have their own forms of creativity.

TNAP: You fly around quite often.

I am here in Singapore quite often. I come here about 5 – 6 times a year. I just came back from Jakarta. I just spent three and a half months in Europe. But when I am home, we are a close family. We get together a lot. Some of our grandkids live nearby, and some live far away in Queensland. My wife came over with me in Europe but she mainly stays at home. She loves interior design and tidies the house. We have a very demanding garden. Our backyard is like a rainforest, so it requires a lot of work. She loves it, and she’s very good at it.

TNAP: Do you have much say in the way your children parent their own kids? Do your children go to you for advice?
Yes, I do. I have a lot of say (laughs). We are a very close family, so they do ask me for advice. They don’t always take it, but they do ask it. Different kids have different personalities. We can be in the same family, but no two kids are the same. And so we have a full range of questions.

One of my daughter’s kids has Asperger’s syndrome, so that can be a little bit challenging. But he’s very well adjusted and looked after – just some learning difficulties that we have to take note of. His brother, Matthew, who is two years younger than him, is an absolute genius. He is about 8 now but is just so far ahead.

He actually went on eBay with his dad’s iPhone (and his account), found a new game for his PSP that he wanted, bid for it, and re-bid to get it. When I heard that, I said to Matthew, “It’s a good thing you don’t like Ferraris.” (laughs) He’s got a photographic memory for numbers so he remembered his father’s password. He remembers our entire family members’ and our guests’ birthdates as well. But he hates to lose. So we have to train him to lose graciously. 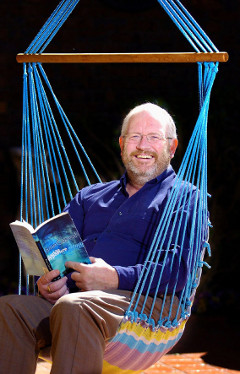 TNAP: Here in Singapore, it’s common for grandparents to be the main caregivers as parents are busy working during the day. Sometimes, disagreements occur due to conflicting parenting or upbringing methods. Any advice on this?

It’s called grandparents revenge. It’s pay back to the kids. (laughs) Well there are two factors here. One is that we are a little older, wiser and some of the things we thought were important when we were parents, we realise aren’t that important at all. You begin to see what the really important things are, and what are not so important. So sometimes, you have that communication gap between grandparents and parents because the parents are simply worried about all of these things and the grandparents are saying, “forget it, it’s not worth it”. A lot of these include things like, school, studying for the school exams.

Education is just one example. There are other things like nutrition and various other things where parents and grandparents are going to have a different opinion because grandparents can sit back and say look, these are really the important things. I’ve lived over 60, I’ve lived my life long enough to know what’s important, and what is not important. And the parents are so worried about all these things and making sure that their kids keep up with the other kids in this area.

That could be why grandparents focus on the things that make the child happy and it’s a counter to the pressure society puts on the parents and kids. So, grandparents are very useful for that, they are like a safety valve. Plus it’s a whole lot more fun to be a grandparent than to be a parent. It’s so much more fun! I play with my son’s kids. I wrote the reading books for MindChamps and I just read it with them and have so much fun together! And then I just get in the car and drive home (laughs). It’s so much more fun because you don’t get much of the responsibility, unless you are physically looking after the children.

TNAP: What do you do as Dean of Research at MindChamps?

What I do basically is that I get all the fun bits. I get to do all the reading of the latest neuroscience, the latest psychology and practice. I have a team whom I talk to and we develop blueprints for new ideas. So say, we might want to do a reading programme. So the way it works is we will spend a good amount of time, just researching about reading – what is the neuro science of reading, what is the psychology of reading, what’s the world’s best practice, what’s the world’s worst practice, what people shouldn’t be doing, stuff like that.

TNAP: There is pressure on newlyweds in Singapore to reproduce due to the declining birth rates. What is your take on this?

TNAP: In your opinion, what is the key to parenting?

For me, communication is the key. If you keep open the lines of communication, even when you disagree vehemently with each other, as long as the lines of communication are there, the respect is there, both ways. You can’t go into a relationship with your child demanding respect without earning it. And you can’t demand respect of a child if you don’t give it. My father always said respect must be earned. You can’t just expect it because of who you are. Just because you are a parent, you can’t expect to be respected. As long as we communicate, I believe we can solve all the problems in the world. One of the books I’ve co-written, “The Art of Communicating with Your Child” is simply about what we can do to make our relationship with our child more communicative.

Stay tuned for part II of our interview with Brian as he shares his view on children’s learning and the current trend of hot-housing.