Raising A Child With Special Needs: An Interview With Mother Lorraine Yow

“Your son will never be able to do anything like stacking wooden blocks ever.” came the doctor’s reply.

The words were direct and curt. 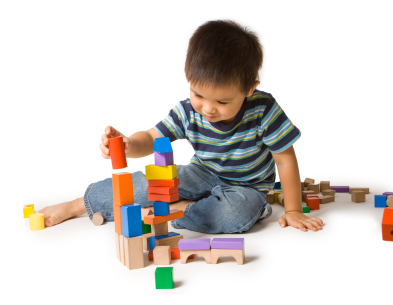 Self-employed, the mother of four shares with TNAP more about Williams Syndrome (WS), the lessons she learnt from Rainer and her greatest worry for him when he grows up. Rainer is currently attending MINDS Towner Gardens School.

How did you and your husband react when you found out your only son had special needs?

My husband and I sensed that something wasn’t right when my son, Rainer, was incapable of sitting up at the age of 2, which led us to consult a specialist.

The doctor was very direct during the consultation and conducted a clinical diagnosis immediately. He asked Rainer to stack a couple of wooden blocks above each other, of which he couldn’t.

The doctor then proceeded to tell my husband: “Your son will never be able to do anything like stacking wooden blocks ever,” which left him heartbroken. I was devastated as well and cried profusely. My boss was kind enough to let me off for a day.

After a good cry, I googled WS and obtained the information I needed. I then wrote to the Executive Director of Williams Syndrome Association, who replied to my enquiries and even sent me a package on WS. I began to read about possible medical problems and the types of therapeutic intervention.

Then, my son was only the 8th known case in Singapore and was also the only boy diagnosed with it. He was also the youngest then.

My husband and I decided to look for the strengths of WS in him. We also joined an unofficial WS support group the doctor referred us to.

Tell us more about Williams Syndrome.

Williams Syndrome (WS) is a rare genetic disorder that affects a child’s growth, physical appearance, and cognitive development that is present at birth and can affect anyone. It is characterized by medical problems, including cardiovascular disease, developmental delays, and learning disabilities.

These often occur side by side with striking verbal abilities, highly social personalities and an affinity for music. People who have Williams Syndrome are missing genetic material from chromosome 7, including the gene elastin. WS affects 1 in 10,000 people worldwide. It is known to occur equally in both males and females and in every culture.

What sports does Rainer take part in the Special Olympics?

How did Rainer get involved in Special Olympics?

One of his teachers in school recommended that we sent him because she saw potential in him.

When Rainer started going to school, you quit your job to attend to Rainer full-time. How did your family cope financially after you left your job?

We had the support from our parents but the cost of not having a maid and having to pay for her levy also helped us with the extra savings.

What was/is the biggest challenge in taking care of Rainer?

When he was a baby, abnormal sleep patterns and feeding him was difficult because of problems including colic, reflux, and vomiting.

Once, he started crying from 2am to 6am for about a week. My husband had to bring him for a walk at 4am to ‘calm’ him down. He also had umbilical hernias.

Other than that, medical wise, he has hypothyroidism and his blood vessel is narrow which required constant monitoring of his blood pressure.

Rainer looked like a normal child and now, a teen. Only through interactions with him can you tell that he’s special. Sometimes, he will ‘stare’ at a stranger out of curiosity and even pass the spoken remarks of a stranger out loud. These actions will get him into trouble, especially since he looks normal.

The other challenges we are facing now are his mood swings and him reaching puberty. Explanations have to be done to match his level of understanding. 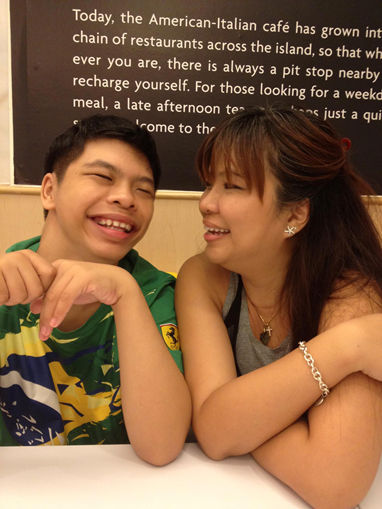 How did you overcome the obstacles faced?

Through perseverance, lots of love as well as endless support from the family.

We never excluded our girls from what was happening. We made it a point to share everything about Rainer with them and more importantly, instilled in them to never be embarrassed by him, and they are not, for sure.

We also have to keep reminding Rainer of the consequences of ‘staring’ at strangers and passing remarks on them. As for his mood swings, a lot of patience is required.

What is your greatest worry for Rainer in the future?

As with all parents with Special Needs children, our biggest fear is if we both pass on. He’s too kind, trusting and generous at times. We are afraid that he will be deceived. Though we know that our girls, his siblings, will do their best to take over our duties, nothing can ever take the place of a parent.

For now, we leave it in God’s hands. And try not to think too much about it.

What is your proudest or happiest moment in raising Rainer?

There are definitely too many to mention, and Rainer brings laughter and joy to everyone, not just the family. We have had strangers approaching us before to tell us how much Rainer had made their day. Just by asking them “how are you” and from his genuine smile, a known personality trait of WS. And I know I have him to accompany me whenever I am having a bad day. He gives me joy and comfort.

The proudest moment for us was the time when he wanted a Yo-Yo for his birthday. Prior to that he only watched how it worked on YouTube. We eventually took him to the shop and he not only could name all the parts and names of the tricks, he could actually play the Yo-Yo which is impressive for someone who has never touched a Yo-Yo, ever. He was even invited on stage in school to perform!

I also want to add that recently in March; he drove a go-kart for 5 laps on his own! (For safety reasons, he was the only one on the track) He could steer quite well for a first-timer! We were so proud of how he has come a long way.

How has taking part in the Special Olympics helped Rainer or your family?

Oh yes, it taught him responsibility and brought out the determination in him. Having 3 sporty sisters, he finally found a sport that he enjoys and wants to perform well in. Special Olympics Singapore also gave him opportunities to attend bowling competitions and other sporting events.

Besides being diagnosed with Williams Syndrome, how is Rainer similar to the rest of the normal developing children?

My special boy gets to try everything like any normal developing child can, and he dares.

He swims, plays ball and goes bowling. He plays the PSP and the PS3. He also plays the yo-yo, Beyblades, and the remote control car and helicopter. Like any normal developing child, he’s hooked onto the iPad particularly, with apps like YouTube and Carousell.

He plays with fireworks, (not in Singapore) has done paragliding, went on a rollercoaster, jet-skied and rode on an ATV (All-Terrain Vehicle). He also loves the water slides!

Now a teenager, he attends concerts too. His favourite bands include One Direction, Backstreet Boys, Westlife and A1. He is also into K-pop bands such as Super Junior.

He is able to shower, dress himself, and make a drink like Milo or 3-in-1 Coffee. He can also cook simple meals like instant noodles using the microwave oven, fry sausages, nuggets and scrambled eggs.

What are his likes, dislikes, fears and ambitions.

He loves to eat mainly western cuisine. Lately, he’s been a little adventurous in trying “You Mian”. He’s just like your average teenager now, likes RC cars, Yo-Yo and Beyblades, He even wants a Kick Scooter for his coming birthday.

Rainer has more sensitive hearing than normal children; certain frequencies or noise levels can be painful and/or startling to him, that’s why he has a fear of balloons, vacuum cleaner and thunder. He copes by listening to the iPod. He also has a fear of flying on planes or boarding ferries due to motion sickness.

His ambitions include serving National Service, but we know that it is impossible. Perhaps my husband will do something with him so he that he will have a small “training” session.

He has interests in being a baker and a mechanic.

In your experience, what is the one biggest misunderstanding people or parents have when it comes to children with special needs?

The biggest misunderstanding is that all special needs are the same. There are many other disorders and syndromes. Besides, no two children with the same disorder are the same. Each of them is unique and different in their own way.

When witnessing a child crying uncontrollably, people tend to jump to the conclusion that it is due to bad parenting. Once when Rainer was still in his pram, we were at an MRT station and he happened to have one of his ‘episodes’. People gave us looks which made us extremely uncomfortable.

What do you hope other parents can learn from your story in raising Rainer?

It is to never give up hope and never underestimate them.

Rainer has been asking me to buy him a box of Lego Bionicle for years, to which I had refused because I assumed that the many small pieces would have been too difficult for him to fix. Finally, this year I gave in and bought him one box to make him happy. He can be very persistent!

To my surprise, he managed to fix the Lego set comprising of 80 pieces! I was speechless. He can’t read and yet by looking at the instructions; he could understand and fix it. I’m curious as to how his mind works.

Love and support are very important in the upbringing of a special needs kid. My advice would be to treat him or her as normally as you possibly can. Don’t hide them at home. Society needs to know and learn about them. Support from the immediate family is the most important aspect of moving forward too.