Before Wild Wild Wet and Downtown East, many Singaporeans were already flocking to the east to unwind at the Golden Palace Holiday Resort – one of the many recreational options in Pasir Ris. With its sea views, sandy beaches and laid-back vibe, Pasir Ris has a long history as a destination for leisure and play that stretches back to the late 1800s. 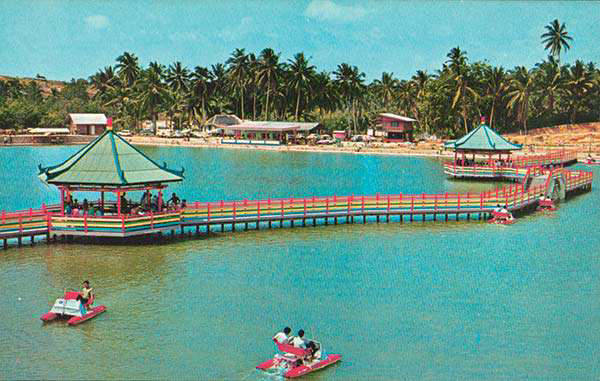 The name “Pasir Ris” is believed to be derived from the Malay words pasir and hiris, which mean “sand” and “to slice or shred” respectively. The National Heritage Board’s (NHB) newest Pasir Ris Heritage Trail will show how the area’s history is inextricably linked to its coastline and proximity to the sea.

Mr Alvin Tan, Deputy Chief Executive (Policy & Community), NHB, said: “Through the trail, Singaporeans will find out how Pasir Ris earned its reputation as a town for rest and recreation, and how it evolved from a getaway destination for the affluent to an affordable resort-like retreat for holiday-makers from all walks of life. In addition, they will also learn about the lesser-known stories of Pasir Ris’ natural heritage, kampong communities, landmark institutions and iconic housing features.”

Consisting of 23 heritage sites with seven trail markers, the Pasir Ris Heritage Trail – NHB’s 19th heritage trail – is part of NHB’s ongoing efforts to document and promote the distinct histories and social memories of different areas where Singaporeans live, work and play. In celebrating Pasir Ris’ heritage, the trail features contributions from the community, and presents stories, memories and photographs of past and present Pasir Ris residents.

Pasir Ris’ beginnings as a location for a getaway can be traced to the 19th century, where families would retreat to holiday bungalows for fresh air, away from the bustling city centre.

Prominent entrepreneur Joseph Elias built his two-storied, 12-bedroom bungalow along Pasir Ris’ sandy 3.2-kilometre coastline. This bungalow was later redeveloped into Pasir Ris’ first hotel – Pasir Ris Hotel – then billed as the “ideal seaside resort”, boasting a variety of recreational activities. The popularity of Pasir Ris’ beaches grew, and an ever-increasing number of people headed there for a respite from the daily grind of urban life – underscoring the growing importance of public recreational spaces as the country developed. 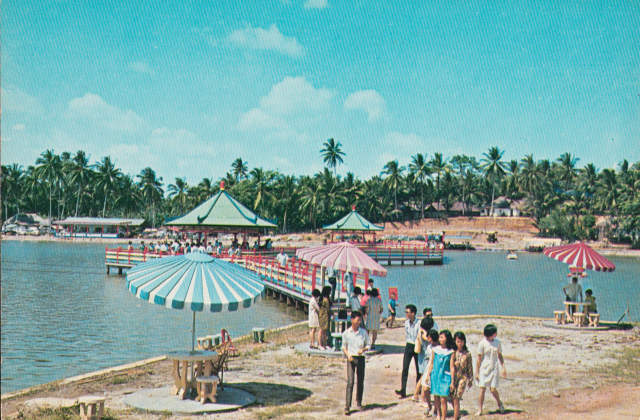 The establishment of Pasir Ris Hotel paved the way for a succession of beachfront developments – the Golden Palace Holiday Resort, an 11-acre resort which featured a fishing and boating pond converted from a former sand quarry; Villa Saujana, a two-acre dining and entertainment village where tourists could feast on Malay cuisine while enjoying dance performances; Dari Laut, a museum that displayed sea shells and corals, as well as other marine life taxidermy; and the former People’s Association Holiday Camp and Holiday Flats, which were built to meet the recreational needs of the average Singaporean. 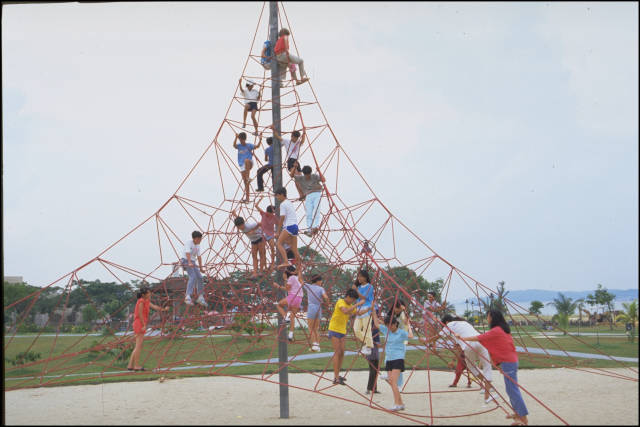 Today, Pasir Ris continues to be home to various recreational facilities, including Singapore’s only commercial saltwater fishing pond, operated by D’Best Recreation in Pasir Ris Town Park, which is the same pond that was part of the Golden Palace Holiday Resort. Coupled with facilities like the PAssion WaVe @ Pasir Ris, a specialist community club offering water sports such as dinghy sailing and kayaking; Wild Wild Wet; and even a bumboat-themed HDB playground, Pasir Ris’ recreational facilities are products of its coastal heritage. 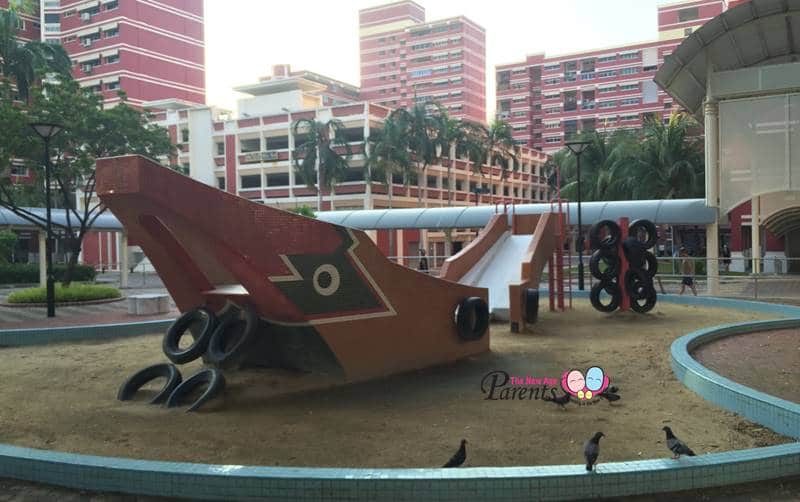 Mr Andy Tay, former operator of D’Best Fishing Pond, said, “The current fishing pond uses the same pond as the Golden Palace Holiday Resort’s pond, which was well-known as a place to catch marine fish, prawns and crabs many years ago. I am glad that the pond can continue to be used in this way, because it feels like the heritage is continuing from generation to generation. Even now, with the salty air and regular and new customers, this place has a seaside-kampong feel.”

A Modern Town That Celebrates Its Coastal Heritage

Beyond its reputation for fun and relaxation, Pasir Ris also boasts rich natural heritage in the form of beaches and mangroves. In the days before public housing and planned residential estates, the Pasir Ris coast, along with Sungei Api Api and other rivers and streams, supported the lives of residents of the many kampongs around them. Kampong residents relied heavily on their rich natural resources, in particular, shrimp – the backbone of the burgeoning belacan cottage industry then. 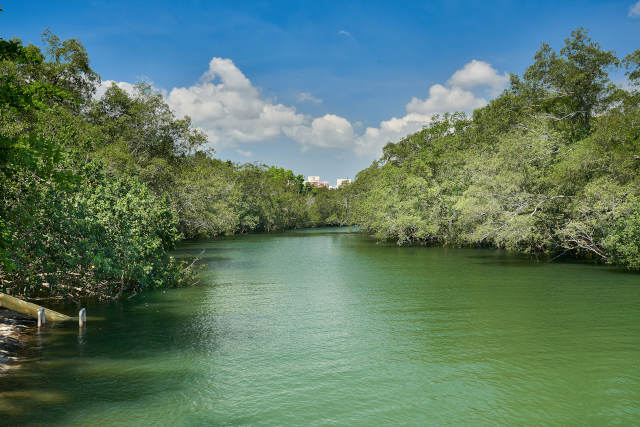 As former kampong resident Jamilah binte Abdul Salam recalls fondly: “We used to go to the beach to catch shrimp to make cincalok (fermented shrimp sauce) and belacan (fermented shrimp paste). We would make them for (the family) to eat and also to sell to our neighbours (in Kampong Loyang).”

Other highlights of the Pasir Ris Heritage Trail include the religious institutions that were established to serve the community in the area. These include the Loyang Tua Pek Kong Temple, originally a makeshift shrine near the Loyang coastline and popular for devotees praying for health and prosperity; Sakya Tenphel Ling, one of the first Tibetan Buddhist temples in Southeast Asia; Masjid Al-Lstighfar, one of the few mosques in Singapore that is open for 24 hours a day; and the Pentecost Methodist Church, founded to reach out to the Peranakan community, with services conducted in the Peranakan patois, Baba Malay, to this day.

As with NHB’s past heritage trails, the Pasir Ris Heritage Trail uncovers the lesser-known stories and heritage of Pasir Ris through three thematic routes that allow trail-goers to explore the area’s multifaceted history according to their interests and in their own time. The routes are:

The Pasir Ris Heritage Trail’s companion guide and map are available in four languages, and can be downloaded from NHB’s heritage portal, Roots.sg. Printed copies of the guide will also be available at NHB museums, as well as Our Tampines Gallery at Our Tampines Hub. 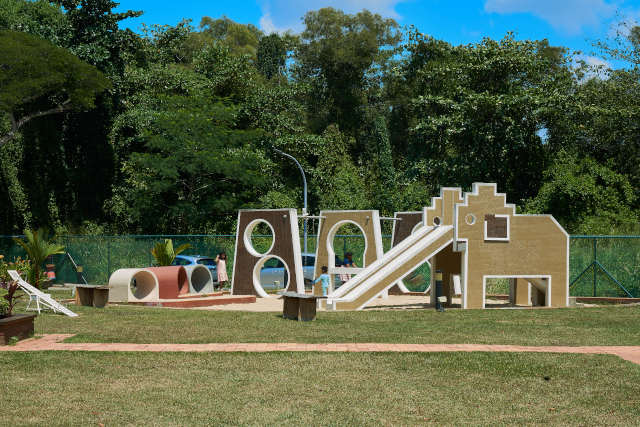