When Should You Start Being Kiasu About Your Child’s Growth? 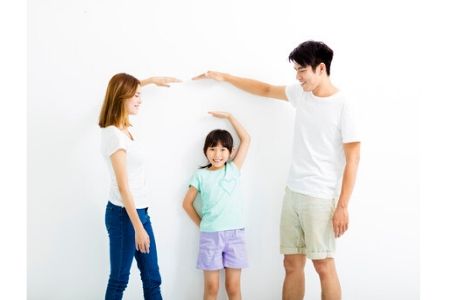 Being Singaporeans, we are not new to the ‘kiasu’ (afraid to lose) mentality which sees us wanting to be ahead from the rest. Besides learning, growth is also often a point for comparison, but is this ‘kiasu’ mentality necessarily healthy or beneficial for both children and parents?

Do we know enough about our children’s growth and development or are we worrying because we don’t?

A recent survey, conducted in a partnership with Abbott, a global healthcare company, and the Singapore Nutrition and Dietetics Association (SNDA) found that Singaporean parents were commonly concerned over whether their child weighed less or was shorter than other children in their age group.

However, more than half (54%) of the survey respondents did not know that the annual height increment for children in this age group, with nearly two in three (63%) unfamiliar about the optimal weight gain over the same period. 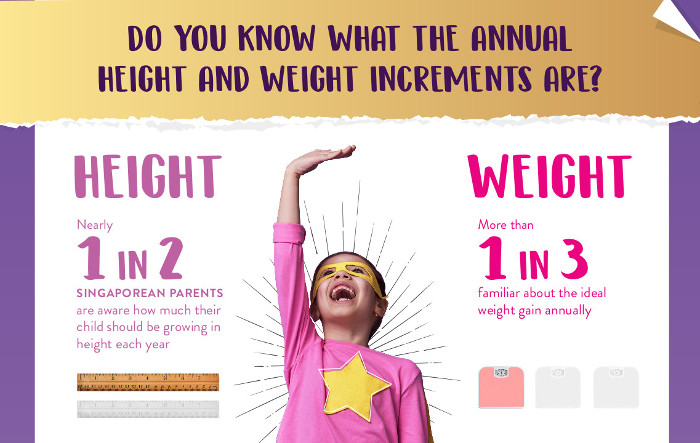 Dr. Janice Wong, a paediatrician and specialist in Neurology, Neurorehabilitation and Neurodevelopment at Thomson Paediatric Centre, shared that parents often peg their child’s growth to his or her peers, and this often leads to misconceptions on whether their child is growing normally.

What many people don’t realise is that children who are fatter may not be well nourished and healthy. What’s most important is to have regular growth monitoring at every healthcare consultation to discuss with the paediatrician to educate on how factors such as nutrition and immunity are impacting their child’s growth process.

Regular monitoring of height and weight in young children especially during their growing years is important for identifying and preventing issues such as being under-or-overweight, and growth faltering that can undermine their potential. 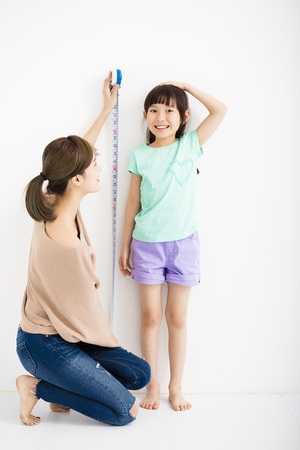 Growth Milestones For The Little Ones

Dr Wong also shared that in the first 3 months of a baby’s development, the recommended weight gain is approximately 600 – 800g a month.

By the time babies hit their half-year mark, they should

Growth spurts will commonly occur in the first 3 months, then at their 12 month, 18 month, and subsequently when they are 4 – 5 years old, 7 – 9 years old and during puberty.

Nevertheless, parents must understand that every child grows at a different rate, and the height spurts vary, depending on each child’s health and age.


Nutrient Deficiencies And Their Impact On Growth

Prof Millward shared that some nutrients are more important than others in terms of the linear growth of the bones, and we can separate individual nutrients into two types:

Most nutrients are in the type 1 group. These are nutrients like, iron, folic acid, calcium, selenium, vitamin C, vitamin D, the B vitamins, and several others. Deficiencies of calcium and vitamin D, which are very important because theycause weak bones (rickets).

Dairy foods and leafy vegetables like spinach and legumes are also the best sources of calcium. Severe iodine deficiency delays all aspects of physical and mental development including height growth, so it is recommended to use iodised salt.

Vitamin A deficiency leads to poor immunity, and hence indirectly affects growth in the case of infections.

The second group of nutrients are the Type 2 category. These include protein, zinc, potassium, magnesium and they are crucial for the formation of new tissue during growth.

Protein (amino acids) and zinc have direct roles in stimulating bone length growth. Type 2 nutrients are important for children recovering from illnesses to allow catch-up on growth, so dairy foods, eggs and legumes are particularly important for their provision of protein and zinc. In the same survey conducted by Abbott and SNDA, two in five parents (40%) reported that their child falls ill at least once every two to three months.

Prof Millward revealed that what some parents may not know is that when a child is ill, their appetite decreases because their body is unable to make use of the nutrients in food, especially nutrients like protein.

This is because all illnesses cause inflammation and inflammation prevents bone and muscle growth. Since there is less growth, the nutrients are not used up and this inhibits appetite to prevent increased amino acids levels in the blood.

Is Your Child A Picky Eater? 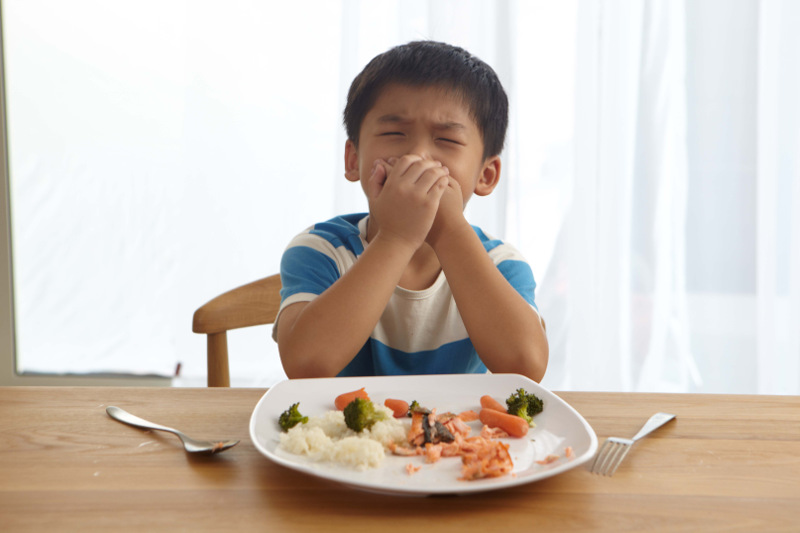 While many parents are concerned about their child’s appetite and always want them to eat more, Prof Millward cautioned that there is considerable variation between children in their appetite, their growth rates and their tendency to gain weight.

Recognising that children have growth spurts during which they will have a larger appetite, the reverse is also true; that there are periods of slow growth, during which their appetite decreases. 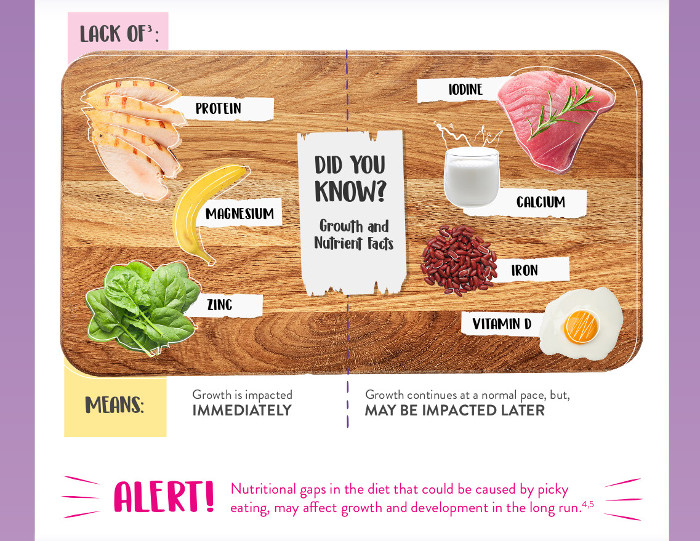 Is Your Child Getting Enough Sleep?

One important thing to note is that the secretion of growth hormone occurs during sleep, and so it is important to have adequate sleep. Prof Millward cited two issues about picky eating which warrant concerns.

Firstly, children with poor diets often lose their appetite because the body senses that the food intake is nutritionally imbalanced and limits its intake. The other issue is that the child may be unwell, thus a poor appetite would be the first symptom with tiredness and listlessness also occurring.

As a general guide, some variation in appetite is to be expected and parents need not be overly concerned, especially if their children appear otherwise normal and not stressed.

However, if poor eating habits persist in the long run despite parents providing a well-balanced diet for the child, there may be a need to introduce complete and balanced nutritional supplements to the child’s diet so as to support their overall nutrition and growth. 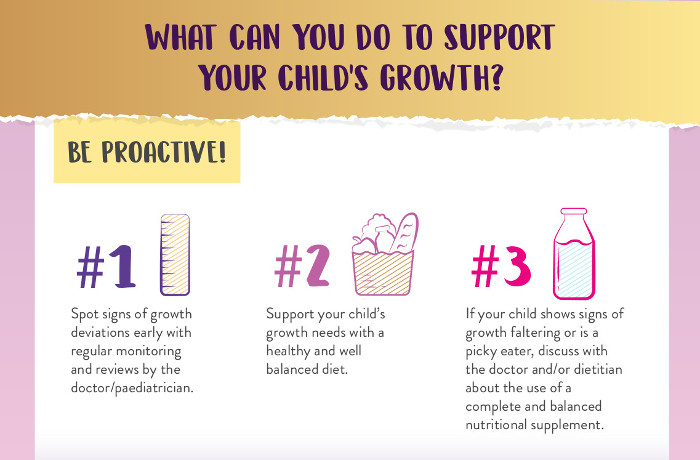