The LEGO Group Launches Rebuild The World Campaign in Singapore

Following its global launch last year, the LEGO Group will be bringing its brand campaign, Rebuild The World, to Singapore for the first time. The campaign celebrates the natural creativity of children and seeks to nurture this important skill of the next generation.

As part of the campaign, the LEGO Group will be introducing its Build To Give initiative locally, which simplifies the act of giving into something fun and simple that parents and kids can do together. 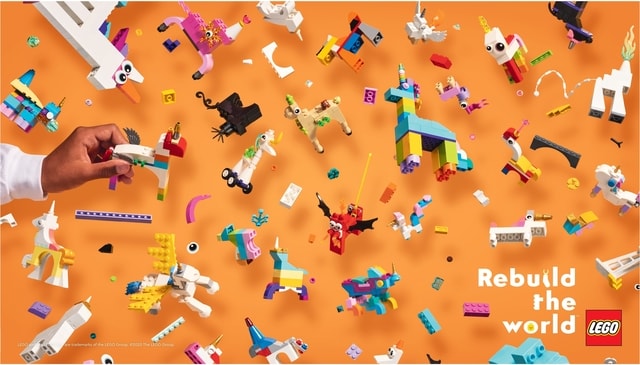 From today till 15 November 2020, the public is encouraged to share LEGO builds that depict their passions in a reimagined world on Facebook and Instagram, include the following hashtags: #RebuildTheWorld, #BuildToGiveSG and #LEGO, and set their posts to public.

For every 50 build submissions received through the hashtags and public posts during the campaign period, the LEGO Group will give away S$2,000 worth of products to children with selected local charities.

Rohan Mathur, Marketing Director Southeast Asia, the LEGO Group, said, “The LEGO System In Play has long been the ultimate platform for creative expression and problem-solving. With Rebuild The World, we want to inspire Singaporeans of all ages to play and unleash their creativity to share their incredible builds with us. At the same time, the Build To Give initiative will encourage generosity among our children and pass on the joy of play to other children in need, thus bringing them into this world of infinite possibilities.” 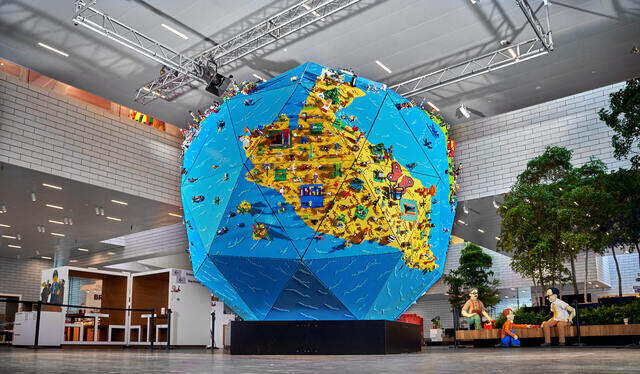 As a continuance of its global campaign, the LEGO Group has also unveiled an awe-inspiring installation – a 4-metre globe – which showcases a rainbow resort hotel by seven-year-old Tyra Lim from Singapore to feel closer to her dad who travels frequently for business. The globe, which is on display at LEGO House in Billund, Denmark, took 2,700 hours to build and uses over 350,000 LEGO® bricks and elements.

With LEGO creations sent in from all over the world, the globe acts as a joyful symbol of hope and positivity. Children used their powerful imaginations to make sense of the world, and now the LEGO Group is providing the opportunity to see the world through their eyes.

Find out more at LEGO Singapore Facebook Page or here.