5 Effective Ways To Introduce Your Child To A Second Language

Bringing up a child has always been a challenge for any new parents, and I was glad to have my elder sister who has gone ahead of me a few years earlier. She has always been ready to provide support and also wise advice whenever I sought her about raising Samuel. On one occasion, when Samuel was about 15 months old, I recalled her telling me how challenging it was for her to introduce the second language (Mandarin) to her two children. And she regretted not introducing the second language at an earlier age. 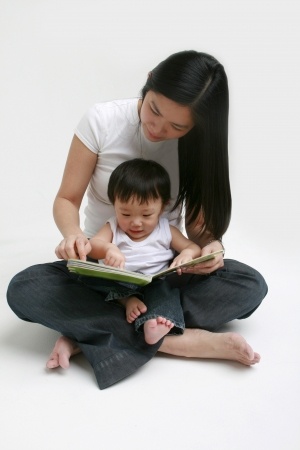 She also shared that because of that, she is facing the consequences of it – her child’s childcare teacher feedback once that her child was not able to understand the instructions during the Mandarin classes and as a result of that, she was running around restlessly during her class and not paying attention. Thankfully her child managed to catch up since then and is now better and communicating Mandarin more effectively. It didn’t take long for panic to set in for me until a second encounter with another mom.

When I met this mom, who is a friend of mine, and her daughter who is a year old on a normal weekend in church, I was surprised to find that she was communicating with her daughter in full fledge mandarin (their second language) even though my friend is from an English-speaking family. When asked further, she explained that her husband and she had decided that one would communicate with her in English and the other in Mandarin so as to prepare and equip her with skills to effectively understand and communicate both languages as she grows up. When I took a closer observation of the way her one-year-old daughter responds to the instructions in both languages (when both her parents were there), I was surprised to see that she could actually understand!

Okay, and so I panicked. Samuel could not understand instructions if I gave them in my second language (Mandarin) and he would stare at me as if I was babbling some strange things and then walk away. I was fearful that he would struggle with the learning of the second language, as Singapore’s education would require our children to master both languages. I started sourcing for ideas and started them in the hope that he will pick Mandarin up in the most interesting and fun manner!

While I know that children will learn the fastest at play and also, I wouldn’t want him to be fearful of learning Mandarin as I had been while learning the second language.

“When a child feels like they’re being taught something, they can tune out and become disinterested very quickly,” says Karen Wu Audi, co-founder of the aha! Chinese language program. 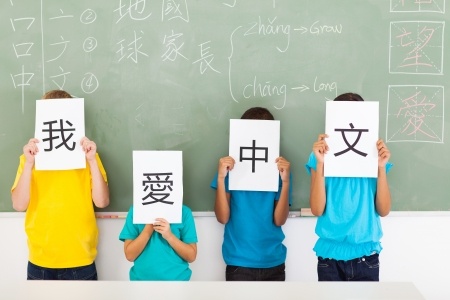 We can try weaving the learning naturally and make it fun at the same time for them!

Divide and conquer with your spouse or your child’s caregiver. While it can be challenging to reintroduce the second language into your daily lives, it can be beneficial for your child in the long run.

2. Weaving the learning naturally into their daily lives

Stick both Chinese and English words on the big items/furniture that they usually would see at home, and repeat the words on a daily basis whenever they see the items.

Use your children’s reading and screen time to introduce them to the sounds and writing of other languages. If you are like me who can’t recognize some Chinese characters, reading a child’s Chinese storybook can be a big challenge. I find that the Chinese board-books at POPULAR bookstore in Singapore very useful as they would include the ‘Hanyu Pinyin’ for clueless parents like me! Find those with many colours and pictures so that reading the second language can be an engaging and fun session with your child.

Even though I am not an fan for media exposure for our child at a young age, I find that using these tools (under parental guidance and limits) may help in our child in learning the language at a fun and interesting manner. As a mother who constantly seeks to find good resources such as flash cards or media that is effective yet not overtly stimulating for Samuel at his young age, I find that the DVD from Wink-to-learn is a good resource that has met my needs – introducing Mandarin via media flash cards at 5 mins a day.

Do not hurry the process and teach your child multiple words at a go! When they feel overwhelmed with the learning, they may disengage and become disinterested in the language. Be patient and flow with the interest of your child. If they decide that today will only be 5 mins of second language time, it is all right! We can try again tomorrow. If the child decides to play with his or her toys midway during the learning of the language, let them decide and try not to ‘force’ the teaching on them. Create a positive and enjoyable session with your child while learning a new language!

Know that your child will not learn to speak another language fluently overnight. Even if we try to communicate with them with the other language daily, watch videos, or sing songs of that language, they would not be able to grasp the language overnight. Do give your child time to accept, understand and learn them. So even though you probably won’t have a conversation using a second language with your child very soon, if you say “晚安” (goodnight) every night at bedtime, she’ll figure out what you mean.

Let’s begin to conquer our fears and introduce our second languages to our children in a fun and interesting manner! Remember, you are never alone in this journey and we are in this together. Start small and soon we’ll see the fruits of our labour!