What Goes On Behind A Preschool Graduation Concert

Getting bubbly and energetic six-year-olds to focus on a single task for 15 minutes can be a challenge at times, let alone on a full-scale musical production that lasts over an hour.

That is what award-winning director Paulene Smith and experienced dance and musical theatre director Heather McCloud have had their focus on for the most part of this year. 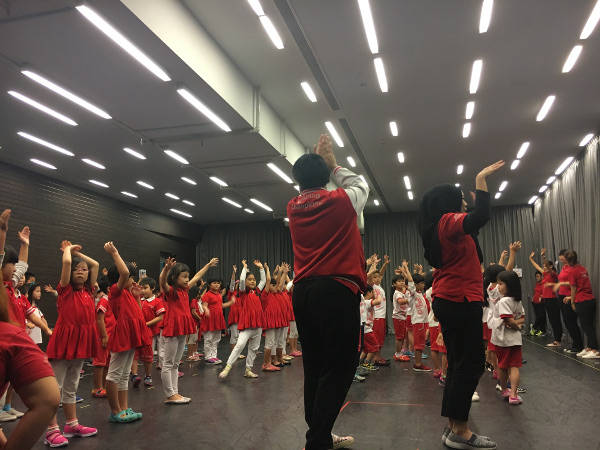 The two directors of MindChamps PreSchool’s Graduation Musical have accomplished what few have even dared to attempt – get over 120 six-year-olds to work together for an hour and a half long musical production.

⇒ Related Read: The Ultimate Checklist You Need for Choosing A PreSchool

Fortunately, Paulene and Heather, who have decades of theatrical and performing experience between them, were able to call upon this experience to work towards a successful concert where every child has a part to play, a song to sing and a dance to dance – and weave all these perfectly into a once-in-a-lifetime magical experience.

How did they do it?

For a concert of this scale, the idea conception started in February this year.

After weeks of brainstorming, the team came up with the original music score, script, dance choreography and set design. Centre-level rehearsals would begin, before coming together for mass rehearsals 2 months prior to the concert.

Besides the artistic and creative challenges, logistics was also a major issue, as for the first time, six MindChamps preschool from around the island would come together for a collaborative effort to present a K2 graduation concert.

Time was another major challenge, as there was a limited time for joint rehearsals and for most of the time, the centres had to practice on their own. And when everyone finally comes together, the team improvised on the spot and made changes along the way. 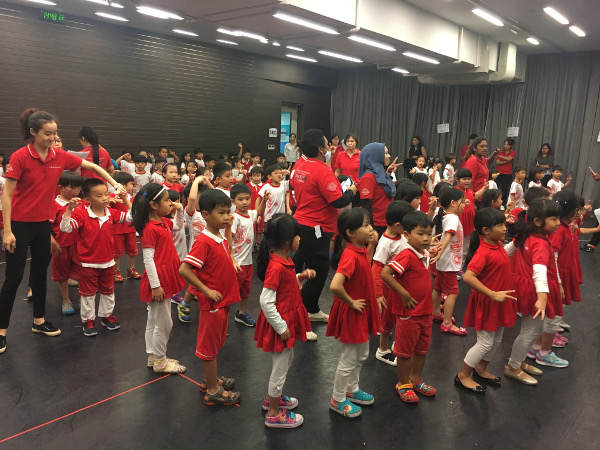 There were also the costumes, the stage sets and everything else that goes into a musical production.

So everyone had to have a hand in everything, as Heather explained her responsibilities, “My role involves doing everything right now. Whether it’s managing the behind-the-stage stuff, the sound effects, the music cues – things like that. As well as managing the schools, the leaders and making sure everything is coming together such as choreographing dancers and setting cues for things. It’s kind of a director’s role to do everything.”

Getting kids to work together for something of this scale also has its benefits.


Paulene elaborates, “There’s so much they can learn. Any child that’s involved in the performing arts learns so many things of great importance. As you can see, they’re working together as a team, they have to learn to try and try and try again, they’re learning to work with children they don’t know, with teachers they don’t know. The expectation that we place on our children for this is really high, and the great thing is that they always exceed those expectations.”

K2 is a turning point for a child, and getting involved in putting up a musical extravaganza of such scale will leave a deep impression on them.

Madam Huang Ying, Vice Principal at MindChamps PreSchool Serangoon, who is in charge of the Chinese segment of the concert, re-emphasized how coming together to work on such a big event has its learning points.

“For the K2 children from six centres to practice together, they make new friends and learn social skills, how to interact and communicate with new friends and also, teamwork… The children learnt how to coordinate with each other along the way. This is something they can’t learn from books and this will help them for the future. They can’t learn it from elsewhere but through this year-end musical performance.”

What are the K2s favourite part in the MindChamps’ year-end musical? Watch the video to find out!

But it isn’t just the children who learn more about themselves and teamwork.

Teachers and staff from across the six centres together with the team from MindChamps headquarters get to work together on something on a much bigger scale. The teachers and staff get a taste of professional theatre from Paulene and Heather.

During these combined rehearsals, the adults also get to bond, exchange ideas and tips, and this provides them with the opportunity to see themselves as part of a bigger picture. 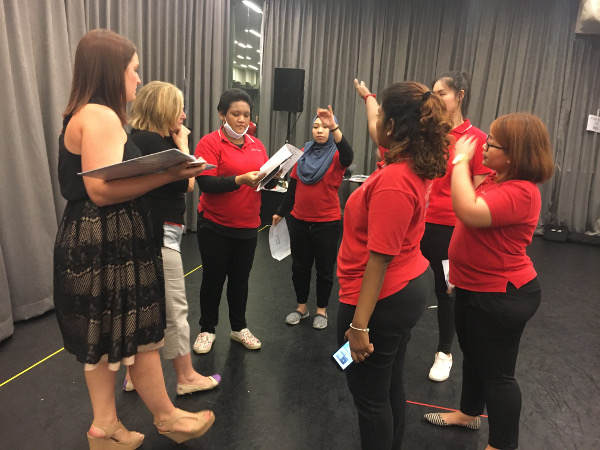