About Singapore Bicentennial‘s Find Your Place in History

The lesser-known stories in Singapore’s long and vibrant history come alive through ‘Find Your Place in History’, a series of seven light projections across the city center. Discover long-forgotten places, watch as the darker moments of our history unfold, and hear of those who made a difference in our history. Each projection will be an intimate experience, so audiences will be able to form personal connections with people, places and events from the past.

About the Find Your Place in History Projections 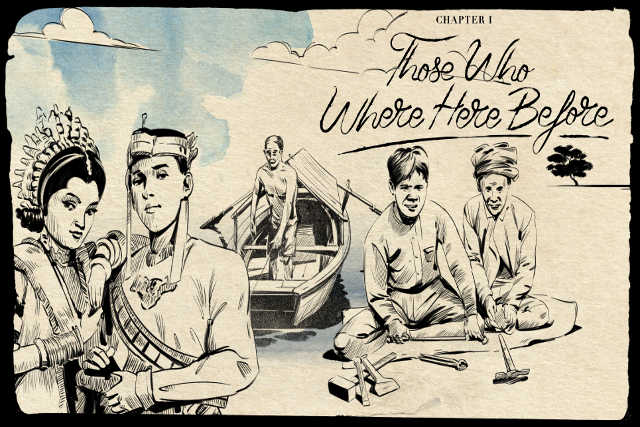 Along the Gelam-Rochor-Kallang river, there existed an important historic port-town forgotten by many. The bustling port-town at Gelam-Rochor-Kallang once housed Sultan Hussein Shah’s court. It stretched from modern-day Victoria Street, to the edge of Kampong Glam. Rochor River and Kallang Bay became the focal points of port activity, which continued as late as 1975. The port-town served a different clientele from the Singapore River port, with many from Java, Celebes, Palembang, Riau and the Malay Peninsula coming to call. In this projection, we tell the story of the types of trade the port-town attracted, the communities that dwelled within, and the jobs they took up. 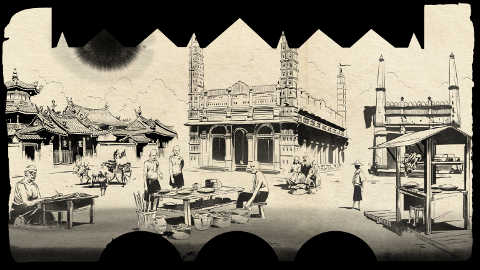 In the years following 1819, Singapore saw the arrival of different peoples and diverse communities. When they first arrived, they were greeted by the sights and sounds of the Telok Ayer shoreline. Thankful for the safe passage into Singapore after a treacherous journey, many went on to give thanks to their respective gods. These altars, or shrines, became the places of worship seen along Telok Ayer Street today: Al-Abrar Mosque, Thian Hock Keng Temple, Nagore Dargah, and more. In the years that followed, many of these immigrants eventually settled here, and their stories and contributions will forever be intertwined with Singapore’s long history. 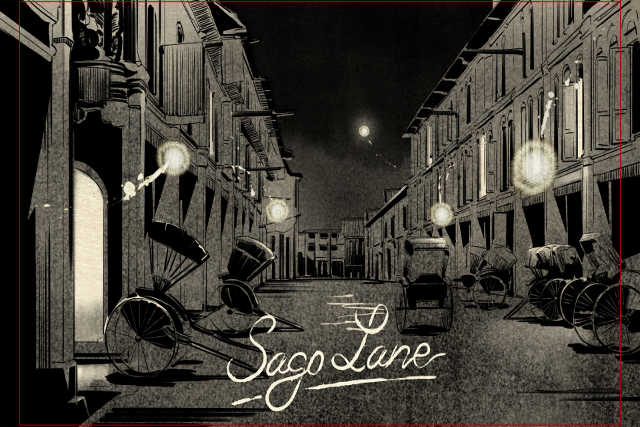 Their labour was strenuous and their work, back-breaking. Coolies, who arrived in Singapore in droves from 1823, and Samsui women, who arrived in mid-1930s, were key pillars of Singapore’s labour force, responsible for much of the infrastructure in early Singapore. Coolies worked in construction, agriculture, shipping and rickshaw pulling, while Samsui women were general labourers on construction sites. They only had sparse and simple meals for sustenance, and lived a frugal existence. At the end of their lives, many could not afford expensive funerals, so they often went to death houses along Sago Lane to spend their last days. Even though many remain unnamed, they made significant contributions to Singapore. 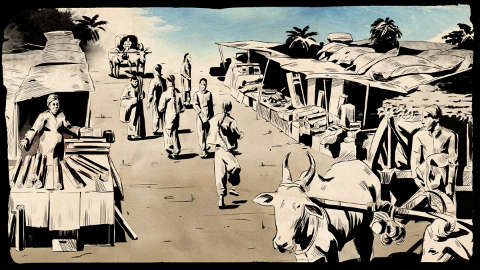 One of the biggest contributors to Singapore’s society was Naraina Pillai, who arrived in Singapore with Sir Stamford Raffles in 1819. He quickly established Singapore’s first brick company, and became the first building contractor. He also ventured into cotton, and very quickly owned the biggest shop in the bazaar selling cotton goods. However, in a drastic turn of events, Pillai’s cotton business burnt down in a fire in 1822. Despite the challenges that followed, Pillai’s resolve wasn’t shaken, and he went on to build the Sri Mariamman Temple. It served not only as a place of worship, but also as a shelter for new Indian immigrants. Over time, it became a meeting place for members of the Indian community; a place where individuals went to network, and even match-make their children. 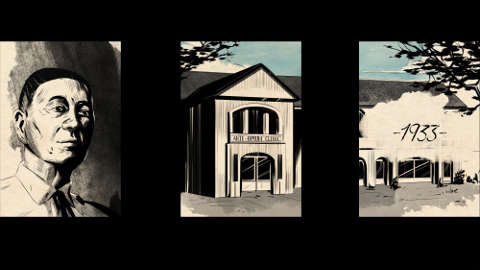 Opium, a highly addictive drug, was highly accessible in the 1800s to wealthy and poor alike. To generate revenue, the colonial government introduced a tax-farming system, which auctioned monopoly rights to sell opium in Singapore. By mid-1800s, the habit was rampant mainly amongst the Chinese coolies in Singapore, who used the drug as a form of escape from the harsh realities of their lives, and to relieve themselves of the pain caused by harsh and intensive labour. By 1933, one in four Chinese adults was an opium addict. Believing that opium smoking threatened the well-being of the Chinese community, medical doctor Lim Boon Keng and philanthropist Chen Su Lan rose to provide help and support for opium addicts, and also petitioned the colonial government to ban opium in Singapore. The plot of land Shaw Tower stands on today is believed to have been where one of the many opium shops in Singapore was located. 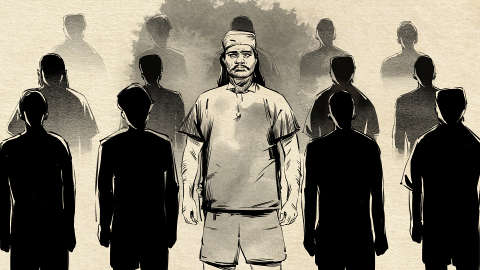 This is a tribute to the men and women who were instrumental to Singapore’s early development: Indian convict labourers, who first arrived in Singapore in 1825, through to 1873. They served out their sentences here, through construction and development work. At that time, Singapore was a fast growing colony, and many pairs of hands were desperately needed. Convict labourers cleared land, reclaimed swamps, laid roads, built forts, and erected buildings and bridges. Some of the landmarks they built – including North Bridge Road, South Bridge Road, Cavenagh Bridge, Kampong Glam, Bukit Timah Road, Sri Mariamman Temple, St Andrew’s Cathedral, and the Istana – still stand today. They also built the sally ports, drawbridge and deep wells for Fort Canning in 1860. And even though they arrived under less-than-optimal circumstances, upon completing their sentences, they were able to settle down here, and find good jobs to support their new families.

Information provided is accurate at time of dissemination.