Less Fortunate Children Around The World

“You better finish your food! People in other countries don’t even have enough to eat and you are complaining about your food!” My mom will always say that whenever I took a long time to finish my food. My eyes will always roll at that statement because I really didn’t like the food.

For the past 30 years of my life, I have never needed to worry about food and lodging. My mom has always provided for us and made sure that we will always have enough. We will always have enough to eat, sometimes the best food, a nice comfortable bed and aircon to sleep in. Even though my sisters and I grew up in a single parent family, we had plenty of pretty clothes to wear, toys to play and school to attend.

We even had the privilege to attend enrichment classes at the community centre that was near our home. When I became an adult, I had the freedom to decide what I want to believe in, and what I want to do when I graduate from school. All in all, we never really had to worry much about our basic needs and had the freedom to decide on our values and beliefs.

Depending on the country in which a child resides, he or she will enjoy different levels of rights and conditions of life. Not every child will get to enjoy the same privileges as what my sisters and I have gone through. There are many regions and countries that face great disparities in the issues they struggle with, and whether they are political, economic, social, cultural, ethnic or religious issues, these can have a different impact on the children living in the country.

Children living in countries like ours, though more prosperous and developed, are not excused from facing issues such as poverty or even child labour. We can easily find families within Singapore who struggle with poverty and challenges in providing and raising their children. Many of these children are at risk of becoming victims to family abuse due to the constant financial stress and frustrations within the family. Some may even be coerced into working at a young age so that they can bring in some income for the family. 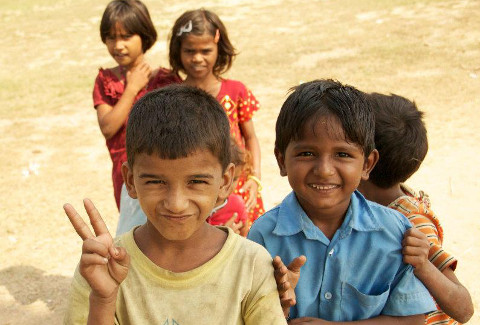 In comparison to children who live in developing countries such as Africa or the poorer states of India, these children living in the developing countries will have it tougher. Many of them do not have sufficient finances to buy staple food and water, no roof over their heads and are forced to live in slums where sanitation is poor. Many die silently due to poverty as their parents struggle to bring in finances to sustain their household. According to UNICEF, 22,000 children die each day due to poverty. Around 27-28 per cent of all children in developing countries are estimated to be underweight or stunted. The two regions that account for the bulk of the deficit are South Asia and sub-Saharan Africa.

Unlike the children in Singapore, going to school will be a privilege for those who can attend one in the developing countries. Many have a lack of access to education due to poverty or the location of their homes to school or gender discrimination. In many countries such as India, Turkey or Yemen, the attendance of females in schools is generally lesser than the males. It is generally believed that females are often discouraged from attending school especially in less developed countries for religious and cultural reasons.

Although the countries may face great disparities or degrees in the issues they struggle with, the issues will have a significant impact on the children living in the country.

Some countries face severe poverty and it is not an unusual sight for them to see children as young as 10 years old working on farms or factories. Some of the families had to do so so that they can bring in extra income to support their impoverished families. An estimated 211 million children between the ages of 5 and 14 are working around the world, according to the International Labour Organization. Of these, almost half of the proportions are working full time to help support their poor families. In fact, we see a lot more child bonded labourers in the other poorer states and countries, where children are coerced to work as they are sold as payment or to clear a debt. Some children are kidnapped to work in brothels as child prostitutes. Or some are sold away to be married at a young age.

While our children can have the luxury of dreaming and deciding about their future, many children such as the ones living in the Palestine or Afghanistan do not. These children are brought up in environments where they are constantly exposed to hostility and aggression among adults. Many of them such as the ones living in the mentioned states are indoctrinated to display violence and to be used for military purposes. Some are also brought up to go through intensive political and armed training, where they are taught to fight and engage in violence with the use of military weapons and guns. 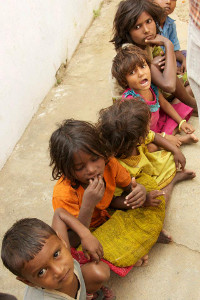 It is interesting how news and statistics on the state of the children around the world can realign our perspectives in life. Many times I can be so caught up with life and the worries of the world that I forgot there are people who are less fortunate than us.

News reports on the conditions of children in the other parts of the world have always given me life wake up calls.

While it is good for parents like me to be focused on providing the best for our children, it is also critical for me to remember to not be overly absorbed with providing them with the tangible things on earth. It is of better value to educate them to be contented and to have compassion for the less fortunate around us.

That, to me, will be the greatest gift a parent can give to their children.