There’s just something about the playground that brings out the best and the worst in our kids. This is where concrete challenges are faced and overcome. Friendships are forged in tunnels and broken in jostles for a turn at the monkey bar. Children learn to wait their turn, watch out for those smaller than themselves, and balance on beams and bars. Battles are fought with sticks and sand (and sometimes stones!). Shouts of joy mingle with wails of distress. Sound familiar? 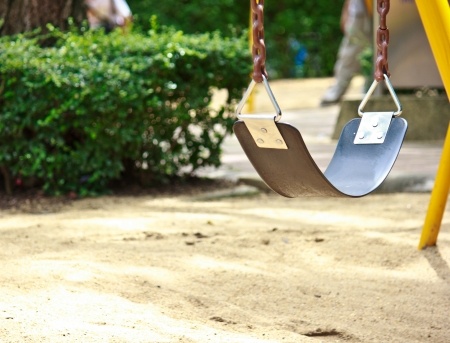 Amidst all the frequent noise and mayhem, it’s all too easy for parents to tune out, whip up their iPhones, and indulge in some precious me-time while their kids let off steam. Hands up if you’re that parent! I know, because I’ve been one.

Recently, though, I’ve begun to pay more attention to my son’s playground antics, and that’s presented me with the opportunity to discover new things, gain insight, provide guidance, and grow as a person. And one of the observations I have made from these times is the sore lack of playground etiquette and manners among both our children and their caregivers today.

It seems to me that there are two broad categories of Singaporean caregivers.

First, there are those who hover over their ward(s) like protective hawks, ready to pounce on any who dare threaten his or her happiness and rescue their innocents from a difficult situation. Then there are the ‘bo chup’ ones who leave their kids to play wild and free, fall off high beams and walls, resolve their own conflicts, and fight their own battles – while they position themselves along the sidelines and occupy themselves with their gadgets or chit chat. 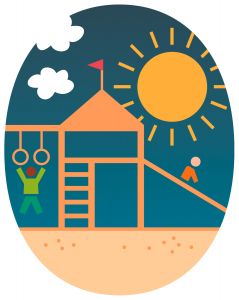 It is my humble opinion that neither of the above positions are healthy. Granted these are generalized stereotypes, but if many of us are honest with ourselves, we’ve found ourselves in either camp at one point or another. There is definitely good to be gotten from watching for your child’s safety, just as there is value in allowing him to experience the freedom of independence and make choices of his own. However, we’re talking about kids here – barely out of diapers, full of raw emotion and energy, and figuring out how this world works.

Let me suggest, instead, that the best position a parent can take is not that of whistle blower nor that of uninterested bystander, but that of a coach or teacher. Treat your kids like the children they are, but with the long term goal in mind of preparing them for their teen years and adulthood.

Here are some principles for the next time you’re at the playground. Try them on for size, and then see how they integrate into other parts of your lives. You’d be surprised!

Principle #1: Your child needs you to set limits

According to psychologist Dorothy Briggs, all children crave limits, although it may not always be readily apparent. Young children are often overrun by whatever emotion it is they are feeling, and express it physically – whether it be cartwheeling with joy without checking if anyone is in their path or shoving another kid for hogging the slide.

When children are experiencing the force of their powerful emotions, they often don’t realize it cognitively, and just feel overwhelmed by that emotion in the moment. Parenting author Heather Shumaker (“It’s OK Not to Share”), shares your child needs you to step in to help them understand 1) the impact their words or actions have on another, 2) that hurting people or property is never okay, regardless of the emotion, and 3) that they need to adapt their behavior accordingly, or you will take them out of the situation, for example, leave the playground and head home.

In other words, your child needs you to take charge and tell him where the boundary lines are. 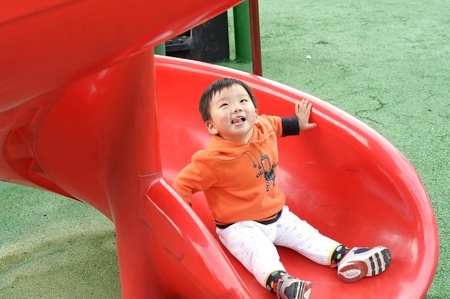 Principle #2: Set your child up for success

The best coaches do not merely instruct their players how to behave – they model it for them. They do not shy away from opportunities for their players to develop their skills. They do not take over and act on their player’s behalf, neither do they leave that person to fend for himself or herself.

In a conflict situation, instead of ignoring the spat or yelling at your child from across the park, take him off to the sidelines to have a talk, and then send him back into the action again, and to make amends if necessary.

For very young children in a conflict, bring them together and mediate a brief talk between them, such that both realize the impact of their behavior on the other. Children often find it hard to listen to each other and to empathize, so that’s where you can come in to facilitate that exchange.

Each time your child successfully negotiates a compromise with a peer without having to come to fists with him, he is one step closer to resolving future conflicts on his own, not just in the playground, but in the classroom, the boardroom, and even with his future spouse. 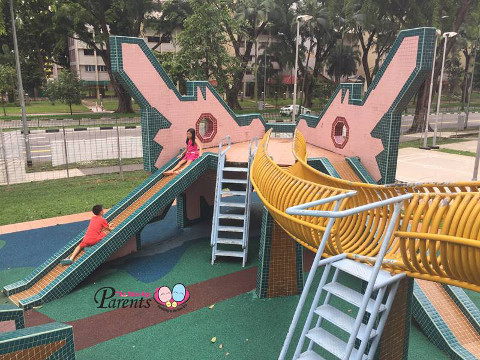 A good coach will come alongside the player to demonstrate a skill. He will seek out opportunities for the player to practice that skill. And after every match, he will debrief the player – to encourage, to correct, and also to suggest new ways of facing the situation.

Sometimes you might not be able to help your child resolve a particular dispute, for whatever reason. It could be that neither kid was willing to bend to the other’s preferences. Or perhaps the other kid flatly refused to have any sort of discussion.

Help your child to brainstorm possible similar scenarios that might occur in future, and to plan out some alternative ways he could handle such situations. The very act of thinking through different ways of responding will be a crucial lesson in decision making for him.

Let him know that you are always available to offer suggestions, and to step up to mediate if he should need that, but that he is responsible for the choices that he makes, and accountable to himself and you.

All this said, let’s not forget that there’s one more thing you can do for your child as his caregiver – and that is to PLAY with him. Once in a while, be that crazy mum who has a turn on the monkey bars or plays tag around the park, and watch your child’s face light up with delight!