When Fun Turns Into Danger: Rough And Tumble Play In Children

Young kids can be pretty fearless. They dash about from room to room, jump down the stairs, race through corridors, vault over sofas, and do cartwheels and somersaults anytime there’s an open space. As parents, especially Asian parents, we typically worry that they will end up hurting themselves each other during such rough play. “Stop!” and “No running!” are heard in our households at least ten times a day. Or “Be careful!” interjects every other sentence. 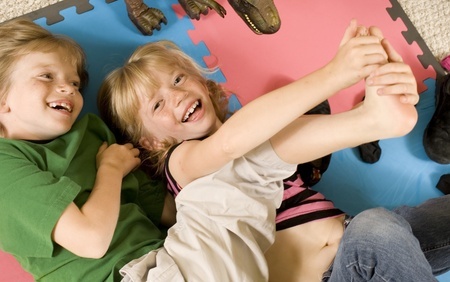 Are we being overprotective? Is all rough and tumble play a bad thing?

Rough-and-tumble play is often identified as wrestling or play fighting but also includes behaviours such as running, chasing, use of open-handed slaps, pushing or pulling another player, using a loud or roaring voice, making hitting motions, and jumping on, throwing or kicking an object.

According to child experts, rough and tumble play does offer several learning opportunities for our children’s physical, social and cognitive development. Definitely, it allows for the practice of motor skills and an outlet for energy release – which some kids need more than others. It enables kids to take some calculated risks, as far as physical activity is concerned.

Socially and psychologically, rough and tumble play can be useful in teaching children about self-control, empathy, setting healthy limits and boundaries for acceptable play, adapting to others, and making more accurate judgments of personal competencies and abilities. It also supports learning to co-operate, take turns, self-express, resolve conflicts, develop leadership skills, and impulse control. Through experimenting with their own abilities and measuring that against the abilities of others, children build self-confidence, self-esteem, self-awareness and perseverance.

In fact, it’s often us, the adults, who are most uncomfortable with such rough play, because we worry that it encourages aggression and violence.

Where do we draw the line?

The defining variable that distinguishes healthy rough and tumble activity from aggression is that children engaging in the former are purposing to have fun, and have no intention to cause bodily harm to another child. You can discern if physical actions are harmful by observing the child to read his intentions. If the child is displaying an open body stance including the “play face” with smiles and laughter, his intention is enjoyment. However, children who are displaying a closed body stance including clenched fists, without smiles and laughter, and who are using an angry tone of voice, are not being playful in their actions. They intend to hurt the other party. This is aggression, and we need to quickly intervene before someone gets hurt. 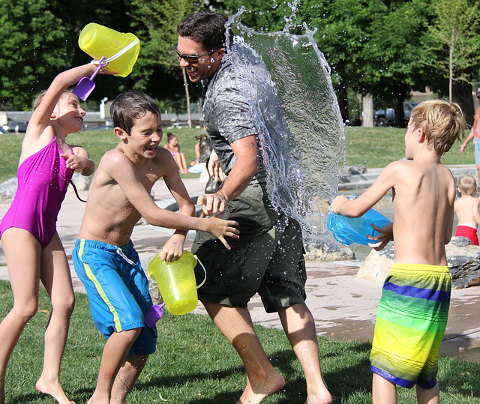 Rough and tumble play is more often a “boy thing”, although that doesn’t mean that little girls don’t crave some tussles on the floor too. Boys – in fact men – have a deep need for significance, power and competence, and this need can be met in rough and tumble play or contact sports.

Parenting author Heather Shumaker shares that as long as all parties involved are having fun and no one is getting physically injured, we, the caregivers, should let them be. When things seem to be getting too rowdy for your comfort, simply ask the children “Are you still having fun?” As long as everyone is happy to keep the play as such and don’t want to opt out, and no one is in imminent danger of grave bodily harm (knee scrapes and minor bruises are NOT under this definition), it’s fine to let them keep going.

That said, you still want to have some degree of supervision over rough and tumble play, so that you can help the children regulate their levels of play. But instead of delivering a long list of dos and don’ts at the start of play, let children come up with the rules for themselves.

“Do you both agree with this play?” and “Are you still enjoying yourselves?” are good questions to intersperse in the midst of seemingly rough play. Give each of the children that platform or opportunity to opt out of the activity if they aren’t comfortable with it. But if everyone is having a field day tackling each other in a game of police-and-thief, just let them be.

Right from the get-go, help young children set limits on each other. For example, teach your child how to say “No, I don’t like that. Please stop.” This empowers him to be able to let other kids know when he’s had enough rough play, or is feeling scared. You, too, can set some basic boundaries to ensure their general safety, such as “No playing near the kitchen or dining table where there’s a lot of glass.” Or “No running onto the road.”

Heather Shumaker has a neat little statement that can be helpful as you think about what boundaries to set. “It’s OK if you’re not hurting people or property”.

If and when someone gets hurt, don’t immediately put a lock-down on the play. Instead, view it as an opportunity to teach children how to work through their issues through guided self-expression of needs or wants, brainstorming on possible solutions and arriving at a new consensus of how to play.

You can have your cake and eat it too. You can allow your child some rough and tumble time, without anyone getting hurt.