“I was so badly engorged that it would hurt to put on clothes.”

34 year-old Rachel Tan recounts the ups and downs of her breastfeeding journey. 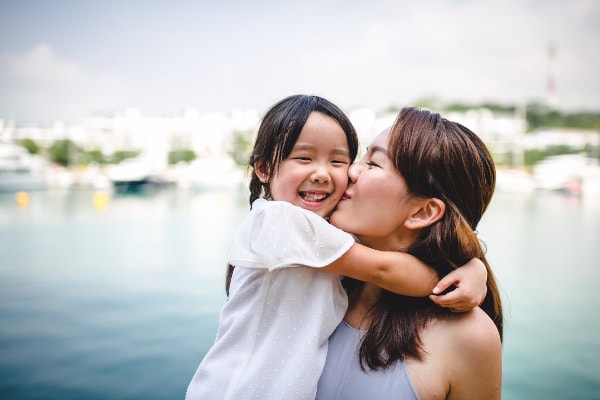 I breastfed my firstborn, Faith, for 21 months and my son, Ethan, for 23 months.

To be honest, I did not think that I would breastfeed my children for more than a year each. I had planned to go back to work after giving birth to Faith, but that did not happen when the unthinkable did.

I had a plan hatched out right from the start and made sure to remind the midwife that I would like to try latching Faith on right after she was born. In fact, I was so hyped up in anticipation of her first latch that I was left sorely disappointed when things went downhill after.

You see, the first latch constituted a rather anti-climatic moment and while other mothers in the maternity ward were making colostrum within hours to a day after giving birth, I made nothing. That meant Faith had nothing other than glucose solution for the first four days and I felt absolutely gutted that I couldn’t make milk soon enough for her.

I was so badly engorged to the point where it would hurt to put on clothes. The lactation consultant did everything she could to help me along. Massages, compresses, plying me with Mothers Milk Tea to stimulate milk production, helping me to latch Faith correctly so that my nipples wouldn’t hurt.

It was absolutely chaotic to have to deal with all that, aside from healing from the physical trauma of birth and waking up every 2 – 3 hours to latch Faith, and I felt helpless once I was discharged because I still was not lactating by then.

Close To Giving Up

I was close to giving up but my husband and paediatrician reminded me that Faith was doing okay on glucose solution and they reassured me that my milk would come in soon. True enough, by the fifth day, Faith was guzzling milk and the engorgement was gradually relieved with her intake and frequent massages and compresses.

The problem was my nipples were sore from the poor latch and it took quite a while for Faith and I to learn to get to know each other’s anatomy well enough for the perfect latch to happen. In the meantime, breastmilk and nipple creams were the best medicine.

When Faith was about one month old, she started regurgitating milk. At first, we thought it was normal for babies to do so until we realised that she would arch back and cry in pain whenever I brought her to my breast.

The paediatrician diagnosed her with reflux and we had to put her on medication to ease the pain from acids coming up her digestive tract. Nursing was a real struggle because she would be hungry and yet, she would be in pain if she feeds. That went on for about 3 months before she was well again.

The real trouble started when she refused to take milk from the bottle after we introduced it to her when she was 5 weeks old. She grew from pushing the teat out with her tongue to screaming at the mere sight of the bottle.

Back then, no one could help me with her as my husband was working more than 100 hours a week, and I made the decision to be a stay-at-home mother. It was a difficult move to cut our income and to give up the career I was gunning for, but it is a decision that I did not regret.

With my son, it was a more or less the same experience except that it was twice the lethargy, having to take care of both kids on minimal sleep, and twice the torment as he had a much more severe form of reflux and was underweight. I was torn in trying to keep his weight up and keeping him pain-free; yet, he screamed in pain whenever he nursed.

The paediatrician eventually prescribed him with more potent medication to help with the reflux and urged me to start him early on solids at 4 – 5 months old, just to make sure he had a fair chance of putting on sufficient weight required for developmental milestones to happen. Whilst he is still smaller than his peers, we are happy to report that he is at least back on the growth chart.

Both of my children weaned off their last feeds on their own accord when they were almost two years old.

So what did I learn from breastfeeding two kids? 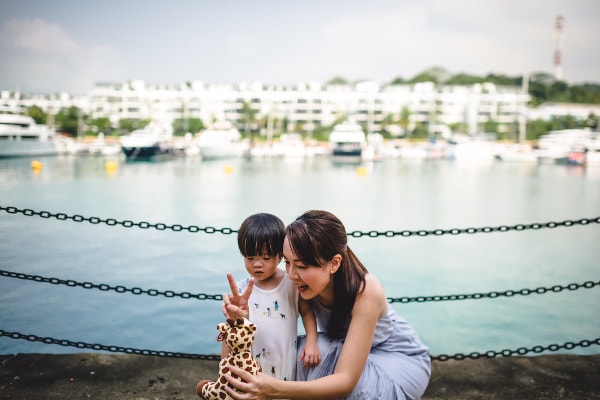 Things don’t go according to plan

We can plan to breastfeed for a long time or stop after a while, but things don’t always go according to plan. It’s best to take the cues from your children and assess your circumstance fairly before changing course.

We should never be afraid to seek help

Be it from a lactation consultant, your partner or paediatrician. In my case, I needed all three sources of help for me to breastfeed successfully.

It takes sheer grit and support

Especially from people around you to latch exclusively.

I was forced into that situation when my kids refused to take the bottle and I had no help to train them to get back on it.

Having to latch exclusively meant that I couldn’t be away from them and my husband was key to helping me mentally cope with the lack of breaks from the children.

➡️ Related Read: How Husbands Can Support Their Wives During Their Breastfeeding Journey

All mothers should breastfeed. It’s free and you don’t have to worry about getting the consistency or temperature right when feeding your child.

If you can incorporate breastfeeding into your lifestyle, schedule, and it works for you and your family, breastmilk is the perfect source of nutrition for your baby.

Text and photos by Rachel Tan.

This article was first published in The New Age Parents e-guide.