How To Lo Hei Yu Sheng

Eating Yu Sheng during Chinese New Year has become a must-do activity for Chinese, especially Cantonese, in this region of Asia.

Yusheng (鱼生), also known as Lo Hei (捞起) is a Teochew-style raw fish salad. This dish usually consists of slices of raw fish, mixed with shredded vegetables and a variety of sauces and condiments, among other ingredients. Yusheng literally means “raw fish” but since “fish (鱼)” in mandarin also sounds like “abundance (余)”, Yusheng (鱼生) is interpreted as a homophone (a word that is pronounced the same as another word but differs in meaning) for Yúshēng (余升), which means ever-increasing abundance. Hence, it is considered to be a symbol of abundance, prosperity and vigor. 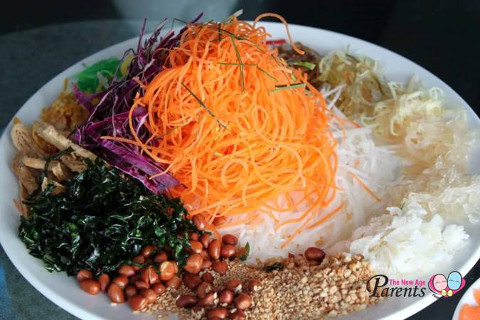 How did Yusheng come about?

Fishermen along the coast of Guangzhou traditionally celebrated Renri (人日), the seventh day of the Chinese New Year, by feasting on their catches. According to Wikipedia, in Malaya’s colonial past, migrants imported this tradition. Porridge stalls sold a raw fish dish which is believed to have originated in Jiangmen, Guangdong province that consisted of fish, turnip and carrot strips, which was served with condiments of oil, vinegar and sugar that were mixed in by customers.

Today’s colourful version of Yusheng and the practice of eating it is unique to Singapore and Malaysia. According to NLB’s Infopedia, the dish was created by 4 chefs known as the ‘4 Heavenly Culinary Kings of Singapore’ and was introduced during Chinese New Year in 1964. They named the dish “Lucky Raw Fish” and popularised it as a New Year delicacy.

According to traditions, the tossing of Yu Sheng is usually on the 7th Day of the Lunar New Year, also known as Ren Ri (人日). However, people today eat it throughout the entire Chinese New Year period. 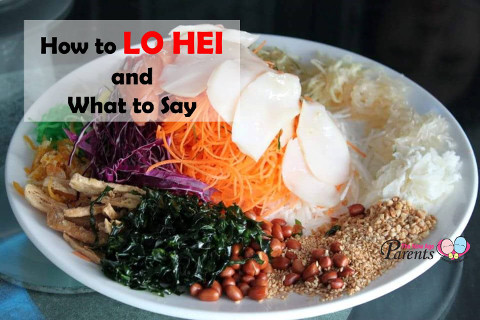 12 Steps to Lo Hei and Lou Hei Words To Say

Gather everyone around the table and let the Lou Hei begin!

Step 1: Offer New Year Greetings by everyone at the table

万事如意 Wan Shi Ru Yi
Meaning: May all your wishes be fulfilled

Step 5: Pour oil / plum juice in circles over the ingredients

Here’s the fun part. Using your chopsticks, toss the Yu Sheng as high as you can for seven times (or more) shouting “Lo Hei” or “Huat Ah!” “发啊” and other auspicious new year wishes.

We have compiled a list of Where to go during Chinese New Year especially for our readers. Click on the image to read more. 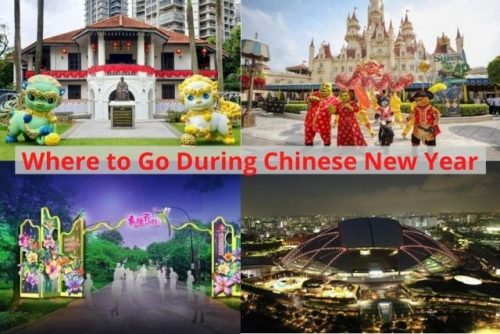