A Parent’s Guide to Pesticides And Insecticide

Insects are painful to look at and they invade your food in search for food and shelter. Some feast on your home’s foundations while the rest either munch on your clothes or nibble on the left-over crumbs your kids leave behind. 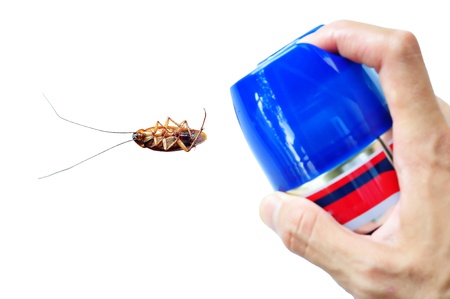 Normally in a bug situation all you need to do is buy the latest bug killer and spray around, but when you factor in young children, things can get a little more difficult to avoid any potential health hazards with the chemicals in these products.

Here’s all the important information you need to know about insecticides and the common dangers of pest control and children.

What is an Insecticide?

First, an nsecticide is a special type of pesticide. There are a variety of insecticides specially formulated to target different types and sizes of insects including mosquitoes, cockroaches, ants, and other types of home and garden bugs. The main function of an insecticide is to repel or kill these insects as well as mitigate home and garden infestations.

You can think of insecticides as a sub-group of pesticides, which are developed to specifically target insects. Other pesticides can be used for weeds, rodents, fungi, insects, and snails among many others.

Insecticides come in various formulations and mixtures to produce the greatest chance of killing the target pest but still easy for a normal consumer to operate. Every insect has different habits, preferences, and tastes, which require special combinations of baits and poisons to get rid of them.

Active ingredients can be organic (natural) or synthetic (artificial/man-made), and when they are combined with the inert ingredients it is called a “formulation”.

Formulations can come in various sizes, but they are all meant to make it easy for normal people to pickup and immediately start killing bugs at first use. The main types of formulations that exist are dusts, granules, aerosols, and baits.

Insecticides are combined with finely ground powder and used for hard to reach spots like inside walls, cracks in the ground, or crevices in the home.

As a parent, dusts can be a bad choice because they are applied directly to ground areas and need to be left undisturbed to be effective (e.g., away from doors, windows, etc).

Children tend to spend the most time at or near the ground and could kick up the dust potentially causing breathing problems. If you do use dusts, ensure that they are only in areas where your children will be unable to reach them. Diatomaceous earth is one of the most popular pest dusts on the market.

Diatomaceous Earth (DE) is one of the most popular dusts used by parents due to its natural and chemical free properties. There is food grade, pool grade, and pest grade. Regardless of type, it can be dangerous causing breathing and respiratory problems if mishandled.

For more information on the benefits, uses, and safety precautions of diatomaceous earth, check out this article.

Insecticide is combined with a clay-like substance best used for outdoor use in your yard. You’ll typically need additional equipment to properly spread and evenly distribute the granules.

Because granules are more of an outdoor method of pest control, they are slightly safer to use with children. Just be sure to keep watch when they’re in your yard and make certain they wash their hands when coming back inside. Remember, these are poisons, so always know where your children are when deploying pest removal products! 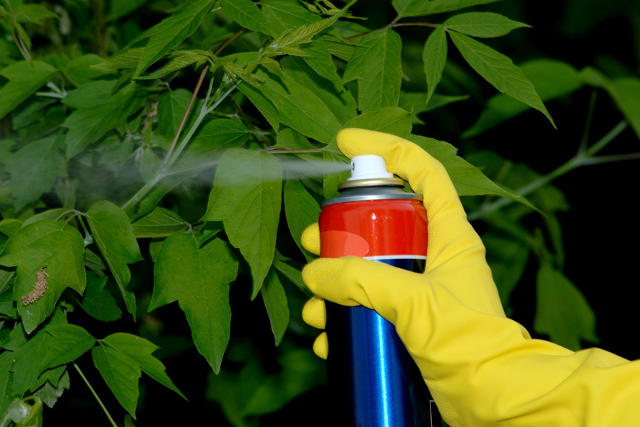 Aerosols are contact insecticides and they work by killing or inflicting significant damage to the targeted insects through direct physical contact.

These are the cans you’ll usually find in supermarkets for roaches, ants, and hornets. Aerosols mix insecticide with gas and are disbursed using a metal can. These sprays are extremely user friendly utilizing a point and shoot functionality. They are best for crawling insects where you can directly see them and spray them. Not great for cracks/crevices where you are guessing as to their location.

Compared to other pest killing products, aerosols, are slightly more parent friendly because you can control exactly where you apply it and ensure you kids don’t approach the area.

Be warned however, some aerosols leave behind residual poisons that could be dangerous if infants come near, so please ensure enough time has passed before letting your children back into the area.

Baits are what’s known as ingested insecticides, which are often used against cockroaches and ants. The poisons are combined with the pest’s favorite type of food source to help attract them. Once eaten, the chemicals work directly from the insect’s digestive tract directly killing the host in a matter of minutes and then spreading to other nearby bugs.

Baits are one of the best ways to kill more social insects like roaches, ants, and termites because they are often very close together making it easy for the poisons to spread.

We love baiting because it works so well. Most bait products are self-contained in plastic compartments only allowing in small bugs, which reduces the risk that children will touch the poison. Of course, this isn’t guaranteed, but it does provide some level of comfort a parent.

Now that we’ve covered formulations, let’s have a look at specific insecticides that parents should be aware of. When you’re at the supermarket, keep these in a handy notepad so you can spot them quickly.

Just because a product has these ingredients doesn’t make it bad, but you should understand some of the precautions you should take.

Due to health hazards particularly on our nervous system, organocholoride has been banned in industrialized countries. Exposed moms are also able to pass significant levels of concentration of this insecticide to their babies through breastfeeding. As a parent, you probably won’t have to tend with this one anymore but it is good to know as DDT was extremely popular not so long ago.

Organophosphate based insecticides works by attacking the nervous system of fruit flies and mosquitoes. This insecticide prevents the cells of the insects from further sending tiny electrical impulses to other cells which causes paralysis and eventually death. Malathion is a common example of organophosphate insecticide.

When ingested or absorbed by the skin, Malathion can cause breathing difficulty, incontinence, rapid heart rate, agitation, convulsions, diarrhea, and vomiting. You may find this ingredient inside mosquito products.

The pyrethroid insecticide is commonly used to eradicate lice, mosquitoes, and other common household insects. It paralyzes the target insects by preventing the nerves from repolarizing. The first and most common type of pyrethroid is Allethrin. Children who have been consistently exposed to this type of insecticide may develop ADHD and increased sensitivity. Popular products that have this ingredient include: Ortho Home Defense, Bayer Advanced Garden, Zep, and many wasp and hornet sprays.

Commonly referred to as new nicotine like insecticide, the neonicotinoid has great water solubility making them effective systemic pesticides. They are usually used against aphids and other sap-feeding insects. Its most widely used type is the Imidacloprid. Neonicotinoid is not as toxic as other insecticides to humans. But in the case of accidental ingestion among children, this may result to emesis, diaphoresis, and disorientation.

The ryanoid is a synthetically derived formulation with the same mechanism and effect to that of a particular poisonous chemical compound found on an African plant. It works by attacking the calcium channels of the insect that lead to massive muscle contractions, paralysis, and eventually death. One perfect example is the DuPont Rynaxypyr.

The Carbaryl insecticide is both contact and ingested type. It means that insects that eat or touch this insecticide will suffer its knock-out mechanism which is by over-stimulating the nervous system. This insecticide targets aphids, ticks, fire ants, spiders, slugs, snails, fleas, and other types of garden insects. One good example is the Garden Tech Sevin insecticide. People who have been consistently exposed to carbaryl may develop cataracts and lung inflammation.

This insecticide works by disrupting the two critical channels of the insect’s central nervous system – the GABA and glutamate gated chloride channels. This results to overstimulation of nerves and muscles. Fipronil is a widely used insecticide with a number of brands carrying its name – Regent, Goliath, Nexa, Adonis, Termidor, Combat Ant-Rid, and PetArmor, among many others.

This article was contributed by Shane Dutka. Shane Dutka is the founder of Pest Strategies, a website resource providing guides and articles on pest removal best practices.