Following last year’s launch of the DBS QR Gift (then introduced as DBS QR Ang Bao), the world’s first loadable QR solution, DBS is back this Chinese New Year (CNY) with an enhanced version, boasting new features that deliver greater convenience and ease of use to customers. 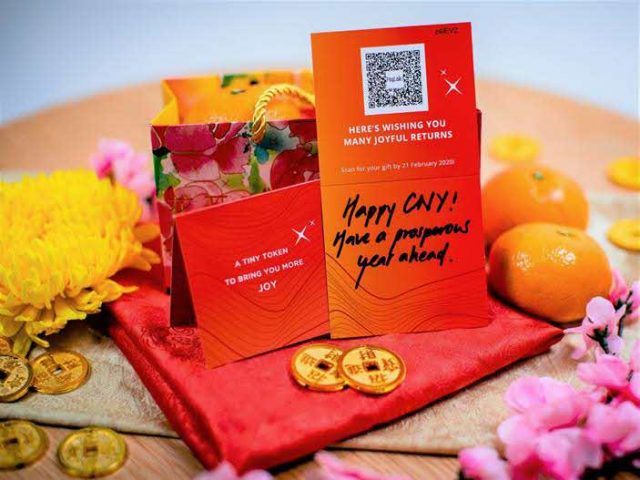 With the dual objective of eliminating the use of cash whilst preserving the tradition of exchanging physical red packets, the DBS QR Gift was well received by the public, with over SGD 1.5 million loaded onto DBS QR Gift cards during the CNY 2019 period.

The acceptance of digital alternatives for gifting is also reflected in the growing use of DBS PayLah!’s eGifts (previously known as eAng Baos). eGift usage has been rising steadily year-on-year since they were first introduced in 2015 – the total number of eGifts sent during CNY 2019 was almost double that of CNY 2018. CNY 2019 also saw double the average number of eGifts sent per day as compared to CNY 2018.

To deliver greater convenience, time savings and festive cheer to consumers this CNY, DBS is rolling out a suite of new features for the DBS QR Gift:

DBS will also be bringing back its red packet recycling bins, which were first introduced during CNY 2019. Starting 28 January 2020, the recycling bins will be available at all DBS/POSB full-service branches all year round.

⇒ Related Read: Where To Donate Your Pre-Loved Toys, Books, Clothes And Home Furniture In Singapore

Customers are encouraged to play a part in reducing waste by dropping off their used red packets and DBS QR Gifts in these bins. DBS was the first bank in Singapore to launch a dedicated recycling movement for red packets and is partnering Tay Paper Recycling for this initiative.

We have compiled a list of Where to go during Chinese New Year 2020 especially for our readers. Click on the image to read more.