Singaporeans Among the Worst Sleepers In the World

Singaporeans are among the world’s worst sleepers, getting just 6.3 hours of sleep on the weekdays and 6.7 on the weekend, lower than the global average of 6.8 and 7.8 hours respectively and the daily recommended 8 hours. This finding was among others announced by Royal Philips, a global leader in health technology, from its annual global sleep survey in a report, “The Global Pursuit of Better Sleep Health.” 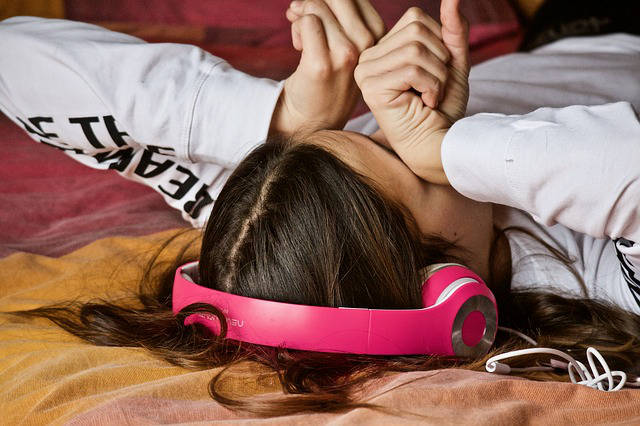 Results showed that while awareness of sleep’s impact on overall health is on the rise, for many people across the globe, achieving good sleep health remains elusive. Besides being one of the top two nations having insufficient sleep, 70 per cent of Singaporeans describe their sleep as ‘somewhat’ or ‘not at all’ well, and 4 in 10 (39 per cent) say that their sleep has worsened in the past five years. The impact of this is demonstrated daily, with as many as 65 per cent of Singaporeans saying they have experienced several episodes of daytime sleepiness throughout the week.

Stress was the main reason keeping Singaporeans up at night, with 61 percent of them losing sleep over worry or stress – higher than the 12-country average of 54 percent. Additionally, other factors that keep Singaporeans up at night include their sleeping environment (35 percent), distraction from entertainment such as television, social media (30 percent) and their partner’s snoring (14 percent) or sleep schedule (10 percent).

⇒ Related Read: The Importance Of Sleep In Children

Facing such sleep deprivation, 81 per cent of respondents from Singapore say that they want to improve their quality of sleep. To get a better sleep, Singaporeans are experimenting with a variety of methods, including instituting a set bedtime/wake-up schedule (28 per cent), reducing their caffeine consumption (25 percent), playing soothing music (19 per cent), and even sleeping in a different location from their partner (12 percent). Additionally, 11 per cent of Singaporeans have also used connected care devices to track their sleeping habits, according to Philips’ Future Health Index (FHI) study1.


“It’s worrying that Singaporeans are still ranked among the world’s poorest sleepers, despite public awareness around the importance of quality sleep for overall health,” said Ivy Lai, Country Manager, Philips Singapore. “Philips is deeply rooted in its commitment to developing clinically-proven solutions that help people take control of their sleep health. Philips aims to provide solutions that meet the growing and evolving needs of consumers and healthcare professionals alike. To bridge the current gap in diagnosis and treatment of sleep disorders, last year we launched Southeast Asia’s first Sleep and Respiratory Education Center in Singapore to upskill healthcare professionals across the region, aimed at enabling better access to sleep and respiratory care.”

The quest for a better night’s sleep

In seeking a better sleep, 43 per cent say they would be willing to use online search engines to learn more about sleep and/or treatments to improve their sleep, 41 per cent would be open to seeing a sleep specialist. Yet, despite the obvious need to address their lack of sleep, sleep issues are often deprioritized. Eighty per cent of Singaporeans have not sought help from a medical professional, mainly due to the perceived high costs of sleep consultation (48 per cent) and treatment (43 per cent).

“Sleep is a key pillar of good overall health, as equally important as having a healthy diet and getting regular exercise. While most are aware that sleep is fundamentally important, achieving the recommended eight hours of quality sleep is still an elusive goal for many people each night,” said Mark Aloia, PhD, Global Lead for Behavior Change, Sleep & Respiratory Care at Philips. “The lack of quality sleep may not only induce low productivity and daytime sleepiness, but also pose serious health issues if not addressed. Those who suffer from prolonged poor sleep should consult their doctor to identify contributing factors and determine if they or their partner are at risk of underlying health issues such as obstructive sleep apnea.”

As a seldom-discussed, under-diagnosed condition, obstructive sleep apnea (OSA) is characterized by repeated interruptions in breathing throughout the sleep cycle and prevents oxygen from reaching the lungs2. As many as 1 in 3 Singaporeans suffer from sleep apnea, and 91 percent have not been diagnosed3.

Symptoms of OSA include choking or gasping for air during sleep, loud and persistent snoring and excessive daytime fatigue and poor concentration during the day. If left untreated, sleep apnea can have serious short and long-term health risks including heart disease, type 2 diabetes, stroke and high blood pressure. 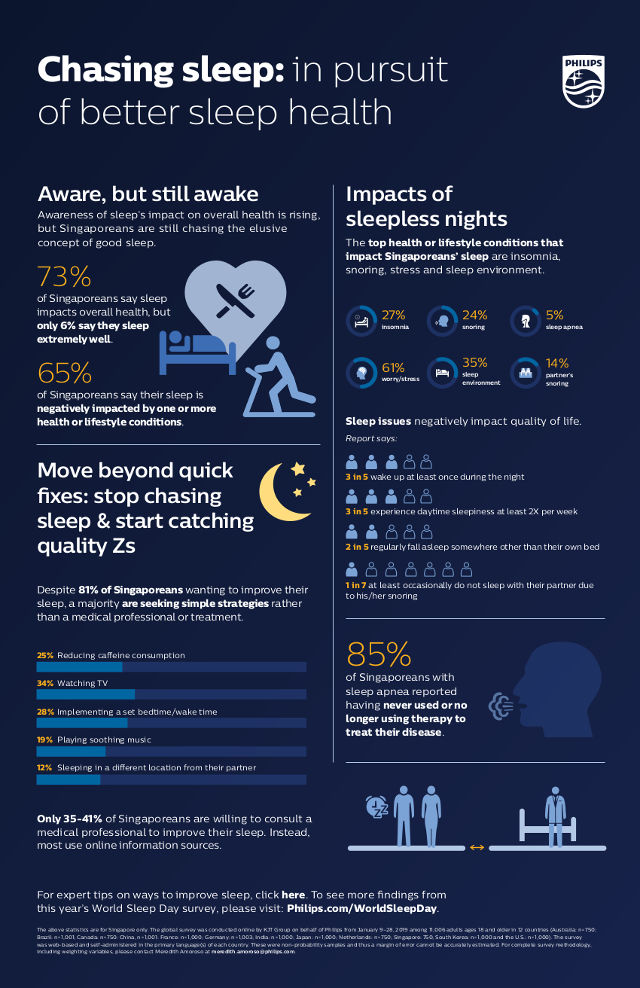