When Kids Speak With A Lisp: How To Fix It

Does this sound familiar? If your child speaks like this, they may have something known as a lisp.

A lisp usually only affects the way a child is understood slightly. However, it may have a significant effect on their “image” which can lead to all sorts of other issues.1

The way in which a lisp is accepted, of course, will depend on many different things. Some children may live in an environment where their lisp will go largely unnoticed.

Other kids might gain positive recognition due to their lisp and it may even be regarded as endearing or sweet. In strong contrast to this, many children may be ridiculed and teased about their lisp. 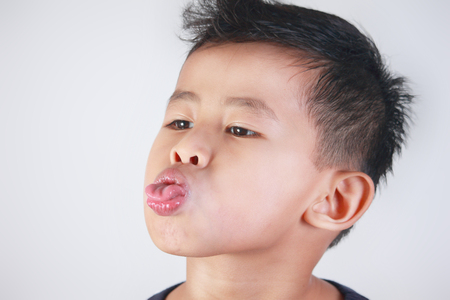 The danger with viewing the lisp as a cute characteristic is that it will not stay cute forever. Some parents may almost “encourage” a lisp through positive feedback until, inevitably, they become frustrated by it as their child grows older. In these cases, a parent might go as far as telling the child to “grow out of it” which is certainly not fair.

Undeniably, a lisp is something that you need to consult a speech-language pathologist/therapist about after a certain age. But before this measure comes into play, let’s look at a few things you could do at home to help your child get rid of that pesky lisp.

What is a Lisp?

A lisp is a functional speech disorder that involves the mispronunciation of the “s” and “z” sounds, although other sounds may also be affected.2 In some cases, the lisp will need to be corrected and your child may need speech therapy.

There are 4 different types of lisps. Each lisp has its own key characteristics.

With an interdental lisp, the tongue pushes too far forward through the child’s teeth. Consequently, the “s” and “z” sounds end up sounding like a “th” sound.

The word soup, for instance, will be pronounced “thoup” and your child may say “thoo” in an effort to communicate the word “zoo.”

Dentalized lisps are created when your child’s tongue pushes against his/her front teeth when they are trying to produce an “s” or a “z” sound. This contact results in a somewhat muffled sound.

With a lateral lisp, air travels over the sides of the tongue. This type of lisp is a little “wet” sounding and some people call it a “slushy lisp.” A child with a lateral lisp will require some form of speech therapy.

Like lateral lisps, palatal lisps are not a typical part of speech development. With this kind of lisp, the mid tongue comes into contact with the child’s hard or soft palate and blocks the airflow.

A frontal lisp presents itself when the tongue protrudes through the front teeth or, alternatively, when it pushes against the front teeth. A frontal or interdental lisp can be considered a part of normal speech development in some children. However, this should resolve the latest by age 4.

A lateral lisp, on the other hand, occurs when the airstream is directed over the sides of the child’s tongue rather than through the center groove of the tongue. As parents, you may notice a “wet” s sound.

Lateral lisps are not a normal part of speech development and your child will not simply grow out of it. In fact, you may be making the problem more difficult to deal with later on by waiting to see what happens.3

What Causes Children to Speak With a Lisp?

A lisp may arise for various reasons in childhood. Lisps are most commonly a result of placing the tongue in the wrong position when a child speaks. This distorts the sounds which he/she is trying to pronounce.

Experts believe that lisping could result from a learnt behaviour of flattening the tongue and thrusting it forward while swallowing or speaking. They argue that things like the overuse of pacifiers, thumb sucking and bottle feeding can cause tongue thrusting.4

Frequent upper respiratory illnesses could also play a part as children with stuffed noses are forced to keep their mouths open while talking to be able to breathe.5

Other causes of lisping but to a lesser extent include:6

You may be concerned about your child’s lisp or perhaps you are afraid that your child is getting teased at school. Here are some strategies to help your kid get rid of that bothering lisp.

Studies have emphasized the importance of parental involvement and support in language development.7 Let’s take a look at some of the things that you, as a parent, can do to help your child get rid of that pesky lisp.8

Can Lisps be Prevented? 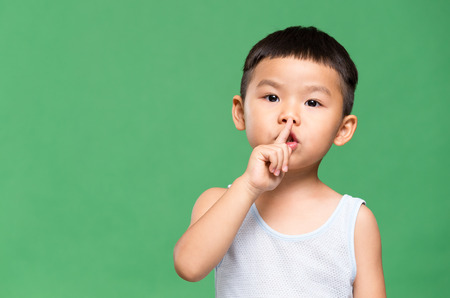 You may be wondering if lisps are preventable. There are certainly a few things that parents can try to limit their child’s risk of developing a lisp. Let’s explore a few.

When Can My Child Begin Treatment?

A lisp can be corrected and, as with most things, early intervention is best. If your little one is around 4 years of age and they have a pesky lisp, you may need to consult with a speech therapist for a professional opinion.

Remember, even if it doesn’t seem like a big deal now, lisping is something that can follow your child into adulthood.9

Fortunately, you can make a difference. Be creative in your approach and keep in mind that kids love playing games and trying all sorts of fun experiments. Your child could get a confidence boost from spending time with you and your support can help them conquer that pesky lisp!

This article is contributed by Dr Lisa Lim Su Li, Speech Language Pathologist at The Speech Practice. Her professional experience over 10 years includes work in acute and rehabilitation hospitals and special schools, both in Australia and Singapore.