T Is For Tantrum

T is also for teachable, and every tantrum can be a teachable moment, instead of a terrible nightmare. 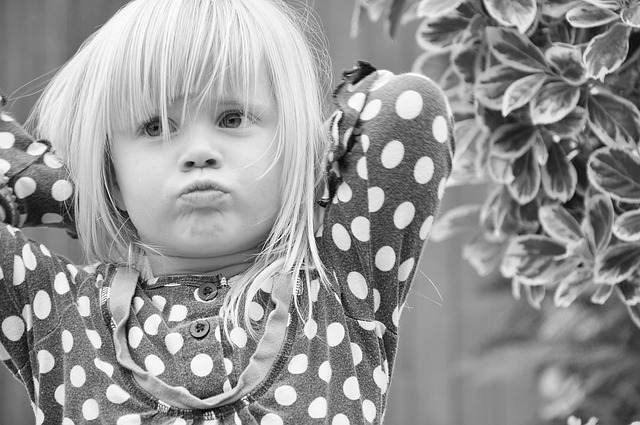 Many young children throw tantrums not to manipulate their parents, but simply because they cannot deal with the feelings that overwhelm them at that point – disappointment, longing, frustration, fear, anger etc. They simply lack the maturity and thinking skills to adapt to sudden changes, undesired outcomes and a lack of attention, and cannot cope with the waves of emotion that threaten to engulf them.

For a young child, it’s a scary thing to be left alone with his raw, strong emotions. He really needs your physical presence and support to soothe himself, work through his feelings, and decide on his next course of action.

On a side note, it’s true that with some kids, ignoring their bawl-and-kick-and-sprawl-on-the-floor routines in the supermarket may quell their fury and show them that they can’t manipulate you with their public protests. However, this approach doesn’t help or teach your child how to handle those very real emotions he experienced or to learn a better way of expressing his needs and getting them met.

Ignoring your child’s appeal for attention or help (for that is what a tantrum essentially is) can conversely amplify his protests. And disciplining harshly without understanding the root cause of the outburst causes you to lose the opportunity to use that incident as a learning point for you and your child.

According to parenting author Mary Sheedy Kurcinka, it’s important to remember that your child may be throwing a tantrum, but you don’t have to join her in a tantrum of your own. Keep your cool – it’s easier said than done – and try to analyze what is triggering his reaction; take a deep breath or two, and take the ‘plunge’ into the stormy waters to ‘rescue’ your child from himself.

As with many things, prevention is better than cure. By teaching your child appropriate ways to respond to people, situations and events, you are giving him handles to stay authentic while bring thoughtful of the implications of his reactions. Here are a few ideas for pre-empting your toddler’s impending eruption, keeping the peace and moving forward positively.

Look for cues
If you observe your precocious tot, you’ll realize that he does give certain signals that he’s reaching that ‘breaking point’ when he loses a grip on his emotions. He may go into a frenzy of activity or, conversely, withdraw from the group. He may tense up his shoulders in frustration or sag them in defeat. It could be that he hates transitions and finds it hard to adapt to new environments or people, and these things push him past his personal limit.

Wherever possible, stop whatever is triggering your child’s reaction before he reaches a meltdown stage. If she is overwhelmed by the noise and activity, give her some time out in a quiet place. If he’s restless from sitting still in a posh restaurant for too long, let him run about for a bit nearby to expend his energy. If your child is an introvert and has been stuck in a room of strangers for the past hour, let him retreat to his room with a book to recharge.

Guard nap and bedtimes
A sleepy child is a ticking time bomb. When a child skips a nap or stays up too late, his system activates itself to stay alert and runs the risk of getting over-stimulated and overtired. This, in turn, uses up his energy resources so that he has little left to cope with stressful situations and unmet needs which arise.


If your child throws tantrums frequently, ask yourself if he has sufficient hours of rest from his naps and night-time sleep on a regular basis. If he’s not getting the rest his body needs, seek to establish a healthier schedule for him that includes fixed wake-up and bed-times, wind-down routines and pockets of restful activities throughout the day.

Engage his mind
Teach him to choose a better response through modeling or exploring “what if” options with him during calm and opportune moments. Example: “Later we are going to the toy shop to buy a present for your cousin’s birthday. What if you see a toy that you really like? What could we do about that?” If he is stuck for ideas, which would be totally normal especially if your child is still very young, feel free to suggest some possibilities: “We could come back to buy it later when it’s nearer to your birthday/Christmas, if you still want it then?” Or “You can save up your money and buy it for yourself on our next visit?” Or even “You have such a lot of toys that look just like that one, don’t you think? Shall we make a list of them so that you can give some away to little kids who don’t have any toys to play with?” All this would be preferable to a straight “No. Because I said so.”

During an actual meltdown, your child is often discounting his “thinking” side of the brain. You can shift his attention to engage this side of the brain by asking a thought-provoking question, distracting him with some novelty or saying something unexpected. Asking the right questions can guide him to engage his rational senses and regain control of his thoughts and behavior.

Help him to talk through what he is feeling in-the-moment. Validate the emotions, but not the actions or ‘bad behavior’ that come out as a reaction to that. Give him the vocabulary he may be lacking to express himself, by suggesting things he could be feeling, for example: “You seem to be really disappointed that we can’t get the chocolate ice cream you were looking forward to. It’s so sad that the shop is all sold out.”