What Should We Do with Our Boy Who Throws Tantrums All The Time?

My elder boy is coming to 21 months old. He likes to throw or mess up things, cry, scream or beat us after he is tired of playing. He also gets angry when we say NO. It’s not only happening at home but also in the public. We explained to him and even tried to punish him by facing the wall but things are still the same. What should we do? 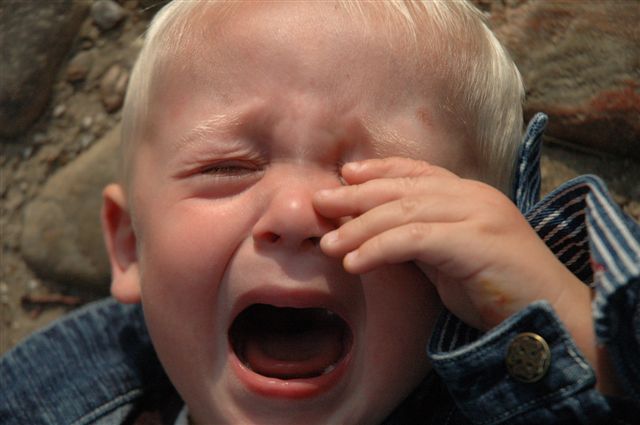 What your little one is having is the typical case of toddler tantrums, which is common as he reaches 24 mths, or rather the “Terrible Two” phase. A little backtrack is needed here. When was the first time he did such a thing? And how did you react? I know of parents who have laughed at and teased the child when he did it the first time, and then started getting annoyed when he repeated his actions as the days went by.

At your son’s age, kids love reactions, so he does get a bit violent because he wants to see your reaction. If you had shown an unfavourable reaction when he first did that, chances are, he would not have repeated them, or maybe you would have shown disagreement with his behaviour, but what if others e.g. grandparents or aunties and uncles have not?

The little boy will start to wonder why it was okay the first time and not now; or why grandma and grandpa are okay about it, but not mum and dad. As a very young child, such thoughts can further stress a child up. So that may be the reason for his repeated violent behaviour.

Time-outs are okay but make sure they do not go further than 1.5 minutes. The next time he does that, e.g throws a toy, pack up all his toys and no matter how hard he tries, do not give it to him. If he hits you, ignore him. Sometimes ignorance is bliss. Each and everytime he gets violent and you keep giving in, he thinks that’s the way to get things done his way. 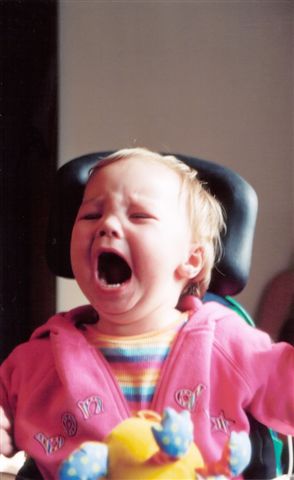 Alternatively, you parents can stage up a little act every day to show him how to behave. For e.g, Mummy passes Daddy a towel and Daddy says “Thank you”; and Mummy accidentally throws a cup on the ground and when Daddy ‘disciplines’ Mummy, Mummy says “Sorry”!

All these may sound and look very melodramatic but you will be surprised at the effect it has on your child, who is at an age where the brain is like a sponge and easily absorbs everything he hears or says.

When you adopt a certain way of punishing a child and the behaviour remains, it is telling you that the punishment does not work. Try positive discipline where expectations are communicated to the child and achievable goals are set to help mould the child’s behaviour in the right direction.

Related Read: Parenting Without Punishment: Is It Really Possible?

Model the correct behaviour. For example, keeping the toys together after the child is tired of playing and as you are keeping the toys, you can sing Barney’s “Clean Up” song. Teach your child to communicate what he’s angry about instead of hitting someone. Provide alternatives and choices, instead of just saying “No” to his demands or work towards a compromise.

Remember to shower lots of praises for good behaviours. Celebrate little successes and make the child feel good. I’m sure your child seeks your love and approval. You need to guide him in the right direction. Sometimes, ignoring bad behaviour may help but make sure that you are watching him to ensure safety. He could also be acting up because he has to share your attention with the younger sibling. Make sure you spend some time with him and include him and also help him to bond with the younger sibling by doing things together.

Contributed by Ms Sachi, who is part of Team NYM. She is presently reading her honours in Child Psychology, graded to support her present experience in Early Childhood Education and she further plans to secure it by pursuing a Certificate or Diploma in Early Childhood.