A Guide To See The Northern Lights

So… there is never the best time to see the Northern Lights than now!

Here are our top picks for the best destinations to view the magnificent Aurora. 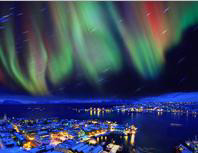 There is certainly an air of mystery combined with cool around Iceland’s capital city, Reykjavik. Experience art, culture, history and a very vibrant music scene amidst the spectacular natural wonders that surround this city. Swim in the Blue Lagoon Geothermal spa, take in the amazing Gullfoss waterfall at the Golden Circle, or gaze in wonder at the many geysers and glaciers that Iceland has to offer. Head for Grótta light house, Miklatún or Hljómskálagarður parks (where there is less light pollution) in the city to view the Northern Lights. Or you can also go on a guided excursion away from the city to spot the lights in the wild.

Home to the Geophysical Institute of the University of Alaska, Fairbanks is at the heart of research for atmospheric sciences, including the Aurora Borealis phenomenon. No prizes for guessing why this counts as the best place for Northern Light sightings outside of Europe! The Geophysical Institute also has a very reliable Aurora forecast and sends out email alerts to subscribers. Make Fairbanks your base camp as you explore Alaska’s rugged mountains, mighty rivers and amazing wildlife nearby. 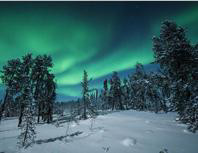 Don’t like to take your chances? Try your luck at Yellowknife – capital of Canada’s Northwest Territories – which experiences sightings of the Northern Lights on 240 out of 365 nights a year! Even during the summer months of April to August the Northern Lights are visible, although the most spectacular displays are still in the winter months of December to March. Known for its mining and frontier past, this friendly city got its name ‘Yellowknife’ from copper, and remains rich in aboriginal culture. Out of all the Aurora viewing destinations, this ranks as the one that is located on the most flat land without any geographical obstructions (like mountains), which makes for clear unobstructed views of the lights when they appear. 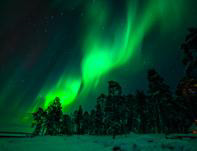 Nellim is a small village on the shore of Lake Inari about 50 minutes away from the Ivalo domestic airport in Finland. Its remote location in the Finnish wilderness is ideal for those who prefer a more laid back and relaxed Aurora quest. Against the backdrop of the tranquil Lake Inari, you are guaranteed front row seats to amazing Aurora displays. Photographers will be happy to know that Nellim has a 90% success rate of Aurora sightings, and not to mention, picturesque views of Lake Inari and Paatsjoki river. Experience Sámi culture and try your hand at reindeer herding and ice fishing. For the more adventurous, try snowshoe trekking and cross country skiing.

Saariselkä caters to the active, adventure-seeking traveller, with 180km of cross-country ski tracks and 11 slopes near the Urho Kekkonen National Park. Small but well-equipped, this resort is perfect for new skiers as its slopes are not crowded. Spend at least one night in Kakslauttanen Hotel where you can fall asleep watching the Northern Lights dance across the sky in the comfort of a heated glass igloo. 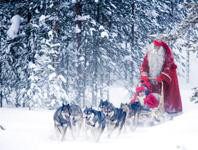 Every day is Christmas in Rovaniemi, the official hometown of Santa Claus. Meet Santa and his elves in the flesh and soak up the Christmas atmosphere in the Santa Claus village. Rovaniemi is the only major city in the world that lies directly on the Arctic Circle. Enjoy the endless summer days or romantic twilight days in the winter. If you’re lucky, you can see the Northern Lights directly from the city centre, but feel free to jump on a Reindeer Safari or snow mobile to hunt for the lights farther from the city in the wilderness. 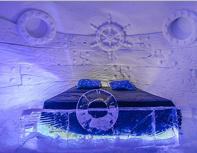 Snow mobiles and husky safaris not your cup of tea? Then Hurtigruten is perfect for you. Literally meaning ‘the fast route’, Hurtigruten was originally used as a means of transportation for passengers and goods along the Norwegian coast. Today, Hurtigruten ships still serve the same purpose along Norway’s jagged coastline between Bergen and Kirkenes. Sit back, relax and let the maritime experts onboard take you on a winter voyage of the Arctic’s most magical light show. The voyage includes a full tour of the Norwegian coast and its 34 ports, and also a visit to the Northern Lights Planetarium in Tromsø.

It’s easy to see why Tromsø, the “capital of the Arctic”, is the most popular destination to experience the Northern Lights. A compact city bustling with life, Tromsø has something for everyone. Visit the Arctic Cathedral, Polaria, one of Tromsø’s many museums, or join in the lively year-round cultural bashes and nightlife. Prefer nature and the great outdoors? Head to the stunning mountains and fjords that surround the city for some hiking, fishing or kayaking. Situated right in the middle of the Aurora zone, Tromsø is also an excellent destination to observe the Northern Lights. Take your pick and hunt down the lights by boat, bus, dog sled or snow mobile.

If you thought Tromsø was far north, you have not seen Kirkenes. Even further north than the Arctic Circle lies Kirkenes, a small town in eastern Norway, near the Finnish and Russian borders. A frontier town and WWII site, Kirkenes is rich in history and culture and has a diverse people that speak Norwegian, Sami, Finnish and Russian. Spend an amazing night in a snow igloo at the Snow Hotel or ride a husky-drawn sled under the splendour of the Northern Lights. While you’re there, don’t forget to say hi to a reindeer at a wildlife preserve, fish for king crabs on the frozen fjords and taste your own catch! 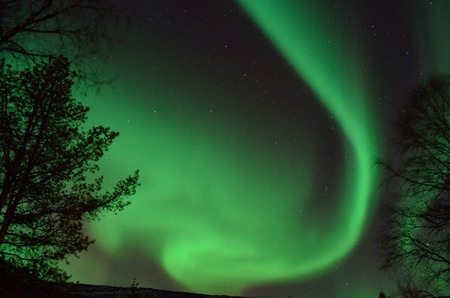 When is the best time to see the northern lights?

The best conditions for a clear view of the northern lights are dark and cloudless skies, therefore the best time to see the lights is from October to March or April in the northern hemisphere.

Which is the best place to view the aurora?

Any location within the Arctic Circle has a high chance of observing the northern lights – north Canada, north America, north Sweden, Iceland, Norway and even northern England or Scotland and so on.

Can we predict when the aurora will appear?

There is a high chance of viewing the northern lights at certain Geomagnetic latitudes and although there is no guarantee to spotting the lights, the forecasting is generally accurate. The forecast corresponds to the planetary magnetic index (Kp) on a scale of one to nine, with one being very low activity and nine very high.

This article is contributed by Chan Brothers Travel Private Tour Division, where every itinerary is personalised according to your needs, special interests, personal preferences and defining style. Call 6212 9935 or email privatetours@chanbrothers.com.sg.