Top 5 Foods And Drinks For Kids

Nutrition in the early years plays an important role in growth and development. This includes the time from the point of conception, to birth, infancy and childhood. This period is known as the “first 1000 days” of life. Current evidence reveals that nutrition in this first 1000 days does have a lasting emotional, cognitive and psychological impact in later life. 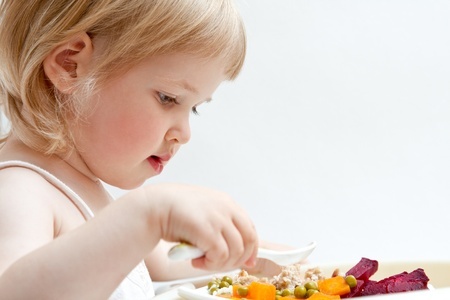 What children eat in their infancy and early toddler years not only determines what their physical growth may be like, it also determines what they are likely to eat later on in life. Grimm et al. (2014) reported that children who consumed fruits and vegetables less than once a day in late infancy are almost 2.5 times more likely to continue doing so at age 6 years. This is of concern as fruits and vegetables are good sources of nutrients such as fibre, folate, vitamin A and C. A diet high in fruits and vegetables has been shown to be associated with a decreased risk of developing chronic diseases later on in life.

Another study, by Van der Hooven et al. (2015), has shown a positive association between good bone development in childhood and an infant dietary pattern high in the intake of dairy and cheese, whole grains and eggs. Good bone development is important both for growth, as well as the prevention of fractures later in life.

It is important to ensure that our children eat well in early infancy, choosing foods from a variety of food groups as recommended by the Health Promotion Board (HPB). These four food groups are ‘Brown rice and Wholemeal bread’, ‘Fruit’, ‘Vegetables’, Meat and Others’.

A recent study by Abbott Nutrition, together with students from the National University of Singapore, revealed that in a cohort of seventy children aged three, two in five were not drinking the recommended amount of milk; four out of five were eating less than one serving of vegetables per day and just over one in two were eating less than one portion of fruit per day.

These figures are similar to that reported in a cohort of 1078 American children aged six, in that one in three children were consuming less than one fruit portion a day and one in five children were consuming less than one vegetable portion per day. As the survey studied only a small number of children, we cannot be certain that this is truly reflective of all young children in Singapore. However, it does give us some insight regarding what young children in Singapore are eating, and that they may be at similar nutritional risks. 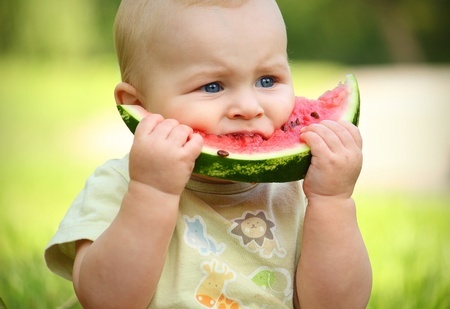 Here are top 5 foods and drinks for kids that provide these key nutrients:

2. Complex carbohydrates such as rice, noodles or bread, with a proportion of them containing wholegrains such as brown rice or wholemeal bread – good sources of B vitamins, carbohydrates for energy

The aim is to encourage children to eat a variety of foods from each of the food groups listed above. If a child does not eat a variety of foods from the food groups, his or her diet may be lacking in specific nutrients as a result of their limited food choices. It may then be appropriate to supplement his or her diet for a period of time with multivitamins and/or milk that has been fortified with these micronutrients. It has been shown that a child’s diet early on in life has significant effects on their eating habits, physical growth as well the risk of developing chronic diseases later on in life. Start cultivating healthy eating habits in your kids now!

To ensure that they receive adequate nutrition, you can refer to Health Promotion Board’s ‘My Healthy Plate’.