It’s challenging enough managing a family here in Singapore even with our well-connected transportation network, many conveniences like nearby mini-marts, clinics and playgrounds, and family members close by to lend a hand. Imagine leaving all that behind, and plunging headfirst into a new culture, country and language on your own, and with two little boys, then aged 3 years and 5 months respectively, in tow!

Read about what life was like for Justina Tey, when her family moved to Muenster, Germany for a year from April 2012 to March 2013. 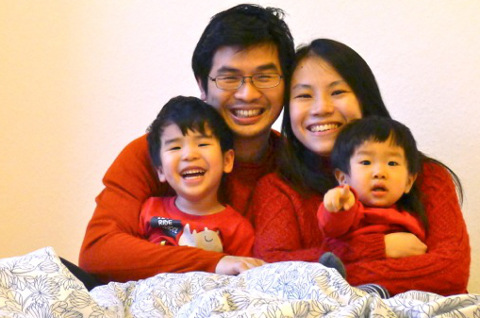 1. What was the reason for the big move to Germany?

My hubby is an Anesthetist, and was seconded there on a job attachment. His company actually asked us about moving over a year before the actual trip, and gave us the liberty of choosing the country. We chose Germany as we’ve always wanted to explore Europe. It took a while before it was confirmed though, since the visa approval took ages, plus there were issues regarding my hubby being able to practice over at the hospital there. So when it was finally confirmed, we were rather relieved that we had finally got through all that red tape!

2. How did your boys react to the news?

Junior J was excited, but of course took a while to adjust when we moved. Baby was too young to understand!


3. How did you prepare yourselves, the boys, and your families for the move?

My hubby had to attend German language lessons to prepare himself, and I joined him initially to learn some basic language. We kept talking to Junior J about the move to mentally prepare him, and gave him a little suitcase which he packed with his favourite toys. My family helped us lots in our preparation, since we had to pack up our home for the year!

4. What were some of the perks of being in a foreign land?

One great advantage of staying in Germany is that many European countries are a few hours’ drive away! We got to explore many countries during our stay. It was eye-opening for us to experience another culture.

The hubby learnt about how differently things are run in the hospitals. We enjoyed shopping for fresh produce at the farmer’s market and eating a lot of bread and dairy. Produce in general is cheaper compared to Singapore (organic milk goes for 1 Euro per litre!). Also, Germany is known for its quality products, so the kids got to play with German toys and we purchased quite a few household products to bring back.

5. What were some of the challenges of adjusting to life over there?

Language was a problem for me, since I only picked up a little during the course. I relied a lot on Google translate! The language barrier also made it hard for me to get to know the other mothers there. Germans are typically very reserved, so it was not for us to make friends.

We were basically completely on our own, so if anyone in the family fell sick, we just had to grit our teeth and pray for a quick recovery. There was no one to babysit the kids (unless our parents were visiting), so they went everywhere with us, whether it was convenient or not!

Winter was tough (and we experienced the coldest winter in recent years) – took about 30 minutes for me just to get both boys and myself dressed to go out each time!

6. How did you cope with these challenges?

Well, I just tried to pick up as much of the language as I could. And chatted more with those mothers who were more conversant in English whenever the opportunity arose.

Doing everything with the kids in tow just became a way of life. Before that, we were used to traveling with them a fair amount in Singapore as well, so it was a matter of watching out for naptimes and mealtimes, and adjusting expectations on what we could do.

Having a routine with the boys did help, and the hubby chipped in as much as he could. We just closed both eyes to all the mess and dirt, since we didn’t have much time to clean the place! The boys also got used to playing more independently, so that I could cook or clean. 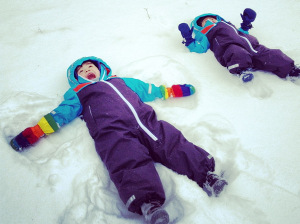 7. What did you enjoy most from your time there?

We enjoyed spending time as a family, be it travelling to various countries nearby, or just being at home together. Hubby came home much earlier than in Singapore (they start and end work earlier there), so he was around in the evenings to spend time playing or reading with the boys.

8. What did you dislike most about your time there?

Being away from friends and family was tough, and navigating a foreign culture with a different language was quite the challenge. Also, we missed our church community since the church we attended had a really small congregation (of usually less than 10).


9. How has this experience impacted you?

I think we’ve all become stronger, in a sense, since we know that we can manage on our own if the need arises. We’ve also become closer as a family, since we spent all that time together!

Perhaps one day, but at least not in the next few years. It’s too tiring to think about packing up the house and moving!

Are you currently a parent and living overseas with your family? Share your story with us at mailbox@thenewageparents.com.

We would love to hear from you!