Brain stimulation for babies has often been a contentious subject for many parents. Many parents may doubt the efficacy of these child development programmes due to the difficulty in observing immediate beneficial effects. Many may, in fact, deem the entire idea of brain stimulation as a myth promulgated by brain stimulation centers as a way to make a quick profit off parents. 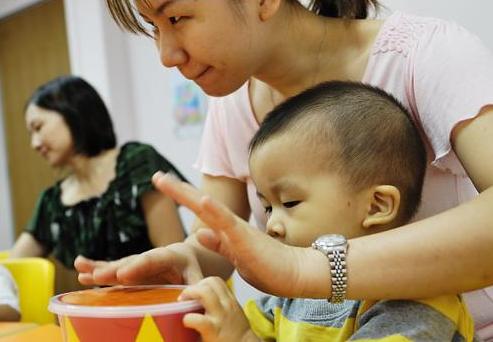 However, such thinking would ignore the research that demonstrates the positive impact of child development during early childhood. In the 1960s, a group of scientists in North Carolina sought to prove the efficacy of child development programmes. They came up with the Abecedarian Project in which infants receive early childhood education programmes. The curriculum includes many educational tools that are prevalent in today’s brain stimulation programmes for babies. This included games that emphasized age appropriate parent-child interactions which offer infants ample opportunities to develop their cognition and language skills. And as the child becomes older, the child development also evolved to emphasize more on individual development.

The results of the Abecedarian Project were astounding as the scientists followed this select group of children from early childhood into their adulthood. The children who had the opportunity to receive this unique childhood education outperform their peers at I.Q. tests and various other academic achievement tests. In fact, they were more likely to complete their college education and secure a skilled job compared to their peers who did not receive similar childhood education. The benefits extended beyond the academic spheres but also into the social spheres. These children are less likely to suffer from teenage pregnancy or get involved in drug and tobacco addiction.

A child is born with brain cells that have a huge capacity and if properly used will allow the child to have phenomenal potential in a wide variety of areas ranging from musical to physical activities. However, if this time-limited opportunity during early childhood is not taken advantage of, the brain will begin to prune away neurological connections that are not being used. As such, parents have a significant influence in deciding whether their children will lag behind their peers in their later life.

A high level of parent-child interaction will be of significant impact on the child’s development during his early childhood. This can range from simple activities like playing peek-a-boo or just allowing the child to grab on to the toy that the parent is holding on to. And as the child grows older, this interaction should also evolve to ensure that they are age-appropriate and continue to stimulate the development and enhancement of the neurological connections in the child’s brain. For example, to stimulate the growth of his memory capacity, a parent can talk more about the past experiences of the child. A child can also build upon his strength if a parent gives him ample opportunities to practice crawling and walking.

During early childhood, it is also critical that parents avoid negative stimuli for the child. Exposure to negative experiences like abuse or violence will affect the neurological connections of his brain and his future development. As such, parents who are unable to provide constant attention to the child should be careful when they pick their child’s caregivers.

With so many critical developments occurring during early childhood, parents very often feel overwhelmed by the constant need to stimulate the child and to expose them to positive experiences. Hence, parents can turn these responsibilities over to professionals like those at My Little Genius. With a wide range of programmes catering to the age-specific needs of young children, it ensures that the child receives adequate and appropriate stimulation at all stages of his development.

For parents who still find it difficult to accept the importance of proper child development during early childhood, they need only to refer to research on feral children. From the late eighteenth century to even today, feral children are often found in the wild. Many of these feral children actually take up the characteristics of the wild animals that have helped to raise them. This may be difficult to believe but one only needs to Google feral children to find a myriad of examples.

To use just one example, two girls, Amala and Kamala, were raised by a she-wolf in India. They were described to be ‘wolfish’ in both appearance and behavior. They walk on all fours and were actually fond of raw meat. In fact, like wolves, their tongues are permanently hung out of their lips and they even consumed their food and liquids in a crouched position. Furthermore, they had a very acute hearing and were also able to smell meat from a great distance.

Feral children demonstrate the efficacy of child development to the extreme. Hence, the role of the parent is very critical to a child’s development. Whether the child grows up to be an effective hunter of small animals or a boy genius will be highly dependent on the type of stimulation he receives during his early childhood.