Juggling between the different roles as a full-time working mother is no easy feat. Yet these working mothers continue to give their 101% effort to ensure that they are able to keep their jobs, and still have enough time and energy to spend quality time with their children, regardless of how tired they are. 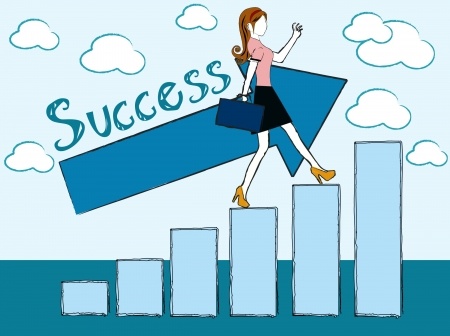 Serene explains, “Every day after work, no matter how tired I am, I will tell myself that I have only two hours left (inclusive of dinner) to spend with Xav. Hence, every evening’s play (bonding) time is very precious to me. Teaching him new things is simply impossible, as I could not prepare anything at all. But once a while, I will try to come up with something simple that I can teach him before his bedtime.”

While it can be tough balancing the roles, Serene shares that she has no regrets in staying home or returning back to work as long as she is able to provide him with the best care arrangement that is within her family’s affordability. “You know that it’s all worth it when he comes to me and tells me, ‘Mummy, you have worked very hard for me. I love you so much!’ and gives me a big hug to assure me of that.”

However, there are instances of working mothers who are not protected in the workplace, facing sudden termination or discrimination upon becoming mothers.

For Elise, the arrival of her newborn son in October 2009 was an extremely joyous occasion. However, her joy was short-lived as her employment agency refused to compensate her for her eight weeks of maternity leave, leaving her to face increased financial and emotional stress.

As Elise was an NTUC member, she approached NTUC for assistance and NTUC officer Ms Sharon Lim analyzed the case to identify areas she can assist. Ms Sharon Lim’s efforts in seeking consultation with MOM eventually paid off, with the employment agency having to compensate Elise for eight weeks of maternity leave.

“…If not for the assistance that NTUC has rendered, this outcome would not have been possible,” said Elise. “I just want other mothers facing a similar problem like mine to know that there are avenues from which they can seek help. I hope that my story will be an eye-opener for others,” she added. 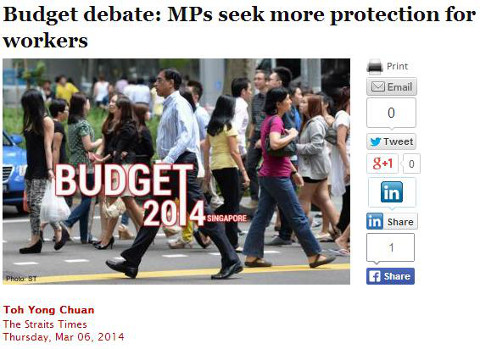 It was a harrowing experience for Janice Tan (name changed upon request) when she was retrenched during her pregnancy’s second trimester. Her company had decided to move a segment of its operations overseas due to cheaper business costs, and compensated her the minimal retrenchment benefit that was no different from her other retrenched colleagues.

Facing hardships in finding a new job due to her impending delivery, she sought advice from NTUC which advised her on her rights under MOM’s employment act for pregnant workers. Subsequently through MOM, she received compensation from the company for maternity leave which would help tide her family financially during this period.

It is not easy being a working mother, with a boss to please and a family to feed. On the other hand, we have SAHMs who lack for benefits that working mothers receive such as childcare subsidy and CPF contributions, and depend on their husband’s income for family expenses.

What NTUC Leaders Are Doing For Workers

With stories like these floating up to NTUC’s Labour MPs, they sought more protection for workers during the recent Budget debate. For example, Mr Zainal Sapari and Mr Patrick Tay proposed a fund which so that workers who were left behind when a company folds could still receive unpaid wages.

Recently, Mr Tay also spoke up for SAHMs in Parliament to urge the government and businesses to look into their concerns of subsidies and returning to work.

Working mums also face concerns of needing flexi-work arrangements during emergencies such as child falling sick, or managing childcare arrangements which disrupt normal working hours. In an effort to highlight companies who have embraced the varying needs of working mums, various organisations such as Women’s Development Secretariat have encouraged sharing of stories of best companies for mums and campaigned for flexibility at the workplace.

Shift Of Attitude And Mindset

Even with all the policies, grants and rights implemented, helping women to strike a balance between career and family will not be achieved if employees (and fellow employers) do not change their perspective and attitude on the role women play. Without this shift of mindset, women will continue to struggle with the structural difficulties of home, children, husband and career.

Foreign Affairs Minister and Law Minister Mr K. Shanmugam mentioned in The Straits Times (16 July, 2013) on the “need for men in Singapore to take time off to spend with their families to help women in their career aspirations.” Speaker of Parliament Halimah Yacob also backed Mr Shanmugam’s thoughts. “It is not so much an issue of gender diversity or women’s rights, but rather what companies and by extension society are losing out on by not tapping on the potential of women.” she said.

Do you face any problems as a working mum? Share with us in the comment box below.