My Grandson Throws Tantrums in Public

Hello, my toddler grandson is two years old. He is obsessed with trains. He also throws tantrums in public. Is there a reason to be concerned? 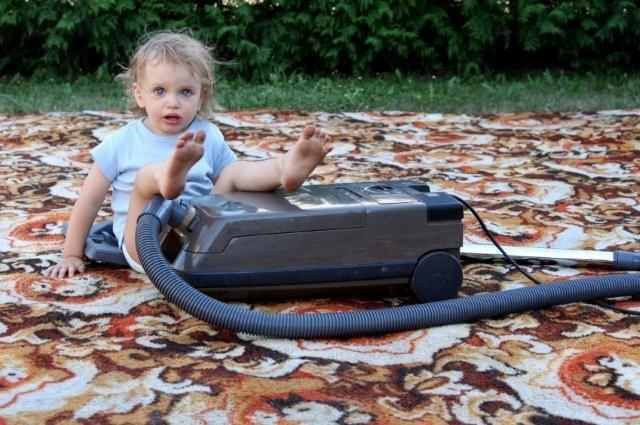 Your grandson is at an age which is better described as the “Terrible Two” phase. During this phase, toddlers tend to develop a strong sense of property rights and you can hear the phrase “mine” or “my one” more often.

I wouldn’t think he is obsessed with trains but rather more attracted to them than the rest of the toys. This is common for toddlers as they feel they can relate and feel more comfortable with just one toy and when they see similar toys elsewhere they get pulled towards it. There is nothing to worry as he will wind out of it as he grows older.

And as for tantrums, this is a common worry every parent or grandparent has in regards to their children or grandchildren but without tantrums, a toddler is never a normal toddler. Sad to say but yes! Tantrums complete a toddler as this is the age they start establishing independence. Put yourself in his place.

A toddler has an intense desire to do things, but his mental and motor skills have developed more quickly than his ability to tell out what he wants or how he feels. Because he doesn’t have the verbal skills yet to express his frustration, he does so by throwing tantrums.

A tantrum will result when a toddler is frustrated. Tantrums tend to occur more often and abruptly when child is tired. This is because they get frustrated more easily when they are tired. In order to deal with your grandson and his tantrums, observe carefully and try to backtrack what was it exactly he was doing before the tantrum started. For example, was he playing with building blocks?

Many parents have said they don’t know why their children had burst into tantrum, they were just playing before the tantrum began. If we go back to the example of playing with blocks…your child is happy, playing with blocks and suddenly he bursts into tantrum…it could be because he wanted to put one block on another and it fell off. Or, maybe he built a tall tower of blocks and it toppled down.

These things may seem trivial to us, but, when you’re two years old and have just watched the block tower you’ve ever built fall over and crumble to the floor, it is devastating…and frustrating. Frustrating enough sometimes to erupt into a tantrum!

Tantrums in public places are embarrassing, often making it difficult to consider a child’s feelings. Your first thought is more likely to be “what will people think of me as a grandparent?”

If you feel trapped and embarrassed when your grandson is throwing a fit in a very crowded and public place, don’t yell at him or scream at the top of your voice, thinking that will calm him down. He is already out of control and needs you to stay in control. Just calmly carry him (even if he is kicking and screaming) to a private place, like the bathroom or your car, where he can blow off steam, after which you can quietly settle him down.

Remember to backtrack and see what triggered the tantrum so that in future situations like this, the solution is at your fingertips.

About the Author
Ms Sachi is part of Team NYM. She is presently reading her honours in Child Psychology, graded to support her present experience in Early Childhood Education and she further plans to secure it by pursuing a Certificate or Diploma in Early Childhood.