How To Understand Your Toddler’s Tantrum Better

With an almost three-year old toddler and a soon-to-be one-year old tearing my house apart, it frequently feels like WW-III at home.

Toys strewn all over the floor, cookie crumbs on the sofa, books lying everywhere with dog-eared, saliva soaked page corner.

And when we go out, I’m constantly having to remind my son not to run amok in the malls or throw food on the floor. Does any of this sound familiar to you?

Toddlers can be in a whole league of their own cognitively, emotionally, socially. Your toddler is just beginning to understand concepts like taking turns and asking permission.

He’s grappling with making sense of the flurry of emotions that well up in him when he’s happy, sad, mad and glad. He’s figuring out how to play with a friend, and not just alongside them – hey, he hasn’t even quite figured out what a ‘friend’ is yet!

And so, it’s not uncommon for many a toddler to ignore dad’s stern commands to “not touch the switch” or fling his bowl of cereal onto the floor “just for fun”. He’ll push his little brother who’s blocking his way and grab the toy because he “wants it”.

Please understand I’m not saying this behaviour is okay – it’s not.

A good parent will want to set clear, healthy, helpful boundaries for their child. But understanding you little runt is a precious and valuable first step in that journey.


Here are seven facts that are good to know about how toddlers behave: 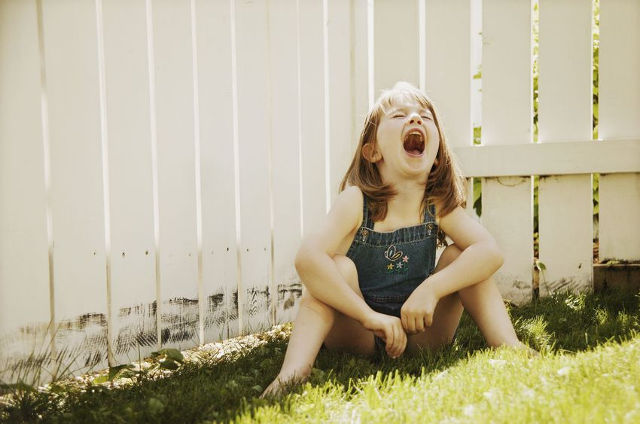 Your toddler is, quite literally, a ball of emotions. When a young child is angry, it is not some tinge of frustration or passive-aggressive teenage angst – it is a full-blown Category 5 hurricane, even over something seemingly small like the shoe not fitting on the foot.

Similarly, happiness can look like exhilaration, and fear as panic. In other words, the emotions that a young child feels can take on epidemic proportions and overwhelm them to the point that they cannot think coherently or logically. At that moment, they are all-emotion.

It makes sense, then, that your two-year old doesn’t pay any heed to your calm rationalisation that “You already have ten Barbie dolls, darling, you don’t need another one”, because she is dead set on getting the equestrienne Barbie and livid that you said “No”.

You can understand why your toddler is screaming and sobbing frantically, refusing to get onto the escalator, because she is afraid her foot will get trapped between the steps.

As adults, we know how to tune in to that friend sitting opposite us who is sharing her day, and tune out the restaurant’s background music, the whirr of the fan, the clink of metal and china. This ability to focus isn’t innate however, it’s a learned social skill. And, you’ve guessed it, most toddlers aren’t quite ‘there’ yet.

Imagine a world where every sound you hear and every sight you see is on a level playing stage. Well, that’s sort of how it’s like for many toddlers – they experience a myriad of stimuli all impinging on their senses at the same time, and they don’t know which ones are important.

And so, perhaps they ignore your repeated requests to “Stop rocking the chair!” not out of defiance, but because they simply aren’t concentrating on the words that are coming out of your mouth.

All children are inquisitive, and so they should be, for that is how they naturally learn. Sometimes, this thirst for understanding can lead them to do things that we adults generally label as wrong.

Like the boy who accidentally drops his cup and realises it makes a clattering sound and stays intact, who then tries it a couple more times to test out his theory that it will act the same way each time. (He might even try the ‘throw test’ on other items within his reach!) Or the girl who cuts Barbie’s hair to a Mohawk, just to see if it will grow back “like mummy’s hair”. Oh oh…

Armed with this knowledge about toddlers, here are some tips for enlisting your child’s cooperation on the road towards better behaviour:

Don’t yell at your son across a crowded room and expect him to notice. When you want to get a message across to your toddler, whether it’s at home or outside, the best way is to get him or her to face you and look at you.

Don’t immediately take offence if he refuses to fix his gaze on you – if you were two, that purple dinosaur on the wall might be a lot more interesting than your mother’s stern face. Once you have eye contact, that’s your opportunity to speak.

With some kids, it helps to maintain some kind of physical contact to help them focus on you and what you are saying. Try a gentle hand over the shoulder or on their back. Your touch soothes them and helps them realise you have something to say to them.

According to child psychologist and author Harvey Karpman, the ‘Fast Food Rule’ is one of the keys to communicating effectively to your child when he or she is upset. Before saying what you think, repeat what he said – with sincerity.

This helps him know that you really know what he is thinking/feeling. Once he feels understood (or validated emotionally), he will be more open to listen to your spiel.

For pre-verbal toddlers, you may have to help them vocalise what they are experiencing by clarifying if they are angry or sad or scared etc.

When speaking to your toddler, it can be helpful to remember these four tips.

Don’t let fear be the motivation for good behaviour (“If you don’t sit properly, I’m going give you a smack.”). Obedience that is driven by fear or shame rarely brings about a true heart or attitude change. In future when the parent is not around to enact punishment, the child will go back to his old ways.

It is much more helpful in the long term to help your child be self-motivated to behave. You can do this by pointing out the negative effects of their bad behaviour, offering alternatives, and reinforcing good behaviour with appropriate rewards.

This is not the same as dangling the proverbial carrot in front of your child every which way, but teaching him that good behaviour benefits not just others, but himself too!

For example, instead of yelling at your child for banging loudly on the table in the restaurant, let her know that the man at the next table is trying very hard to have a talk with his wife and her drumming is making that difficult for them to have a conversation.

Tell her that loud banging is okay on pots and pans at home, for example, but not in a restaurant. She can substitute her drumstick hands for straws instead, or go outside for a little walk before the food arrives.

If he’s kicking up a fuss because his fries fell onto the floor, empathise with his frustration (reflect via the Fast Food Rule), then offer him alternatives for moving forward, such as getting to share you potato wedges instead.

Oftentimes, your child’s seeming misbehaviour is very much a normal toddler behaviour – it’s not about telling her that the behaviour is wrong, but that there is a time and place where its appropriate. Without shame or defeat in the equation, your child can go on to an alternate way of self-expression and feel good about herself. 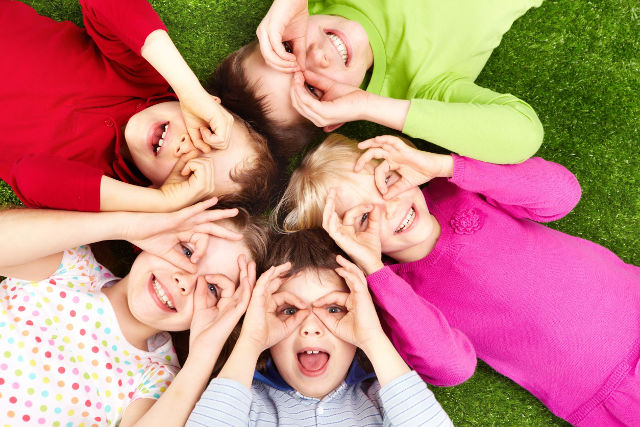 And, in the end, we all could lighten up on our kids and bear down less on their misbehaviours, because they often have a very good and natural reason for the things they do! Don’t squash their child-like ways, because eventually, your little one will grow up, and you’ll miss these messy mayhem days.

Singing at the top of his voice might be a no-no in a posh restaurant, but let him holler away at the park to experiment with his voice and fully express his immense joy. Sure you’ll get a lot of unnecessary attention and some unwanted frowns, but at least it’s out in an open space, not in an echo-filled hall. Or let him sing to his heart’s content at home, but not outside.

Yes, we need to set good limits, but please also be willing to let go of some ideals, and let your child be the naturally inquisitive, spontaneous and expressive little person that he is!