The New PSLE Scoring System…And What It Really Means

There has been much speculation about the potential changes to the Primary School Leaving Examination (PSLE) scoring system, ever since Prime Minister Lee Hsien Loong mentioned an impending makover during the 2013 National Day rally speech.

At the time, he had assured the public that this high-stakes examination would be revamped, and the aggregate T-score done away with. The aim was manifold – to promote the mindset of lifelong learning, to reduce the excessive focus on academic results, and to help students grow in specific and different areas of interest. 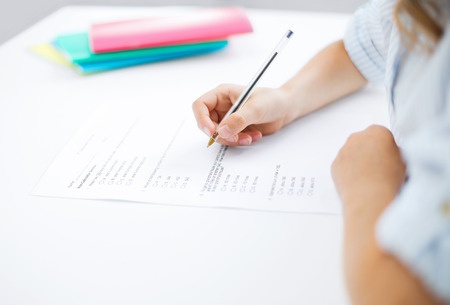 Earlier this week on 13 July, the Ministry of Education (MOE) finally revealed what the new scoring system looks like. The changes are not immediate, as the new system will only kick in for those taking their PSLE from 2021 onwards; affecting students who have entered primary school from the year 2015 and onwards.

So what exactly are these changes?

At the PSLE level, students will take four subjects, with each subject graded at 8 bands or Achievement Levels (ALs), with AL 1 being the best. This is similar to the GCE “O” Level grading system which classifies grades from A1 to F9, just that the mark range and terms used are different.

The old PSLE system uses the T-score for each subject, before they are being added to give the child the aggregate PSLE score, adds Ms Isabelle Loo, Founder and Director of Actualyse, an ex-educator and a Senior Education Officer with Ministry of Education.

The previous T-score’s formula for any subject is: Child’s Real Score – Average score of the P6 cohort / Standard Deviation

How well your child fares in a subject is relative to how well he does compared to the P6 student population of that year. “You can have an objective exam paper that a child does well. However, if many students also do equally well that year, he may end up with a borderline pass grade, because under the current formula, the scores only gives him a negligible headway above the crowd,” Ms Loo explains.

Currently, when there is more than one student with the same PSLE score vying for the last place in a school, that place will be allotted based on computerized balloting. In other words, it boils down to a student’s luck at that stage.

In future, choice order will be the new tie-breaker. In the same scenario above, there is an additional step before balloting occurs – their order of choice will be considered first.

So what does all this mean? Despite divided opinions of the masses over the announcement, we think that there is a lot of good in the new system, but a lot depends on our response to the changes.

If you are a parent, here are 3 takeaways for you.

1. A small move in the right direction

Some have voiced the need to eradicate the PSLE scoring system altogether, in order to move away from pure academics, citing the relatively young age of students as their main concern. However, that would hardly be an effective long-term solution for promoting the right mindset to learning among our young. In the real world, our results do matter, excellence is to be strived for, and there are real consequences to your hard work and talent. Likewise, the education model needs to reflect this reality as well.

Undeniably, grades still matter a lot under this new system. For parents who have been pushing for a more holistic education system that does not encourage chasing every last mark in examinations, this system is one step forward in that the finer aggregate scores of the past will no longer apply.

Perhaps what is best about the new system is removing the bell curve for the PSLE scores. The current T-score system measures a student’s relative performance against the rest of his cohort. This means that a student may score well in the exam, but receive a lower T-score if his score is adjusted relative to the rest of his cohort’s scores.

Under the new scoring system, what you see is what you get. Once a student can meet a certain level of mastery of a subject, he will receive the respective AL, regardless of how his peers perform. This encourages our children to focus on their own progress in learning, instead of continually trying to be better than others. However…

3. The competition may change

At present, the difference of one point in your PSLE aggregate can often be the deciding factor in whether or not a student enters his school of choice. There are around 200 possible T-scores to be had, compared to the 29 possible PSLE scores under this new system. This should alleviate the excessive differentiation of students according to their every mark scored.

On the other hand, it is just as likely that the competition will take on a new face. No longer will students fight to score that one mark more – instead, they may be driven to score that 5 marks more in order to make it to the next AL. Among the top scorers especially, who already score above 90 (AL 1) for all their subjects, they may feel the pressure to take on additional commitments to add to their chances of winning a spot in their coveted secondary school, for example by taking Higher Chinese (HCL).

At the end of the day, a lot depends on how we parents respond.

As much as we advocate a less stressful school environment and scoring system, will we be willing to practice what we preach and truly encourage our children to learn for the joy of growth, not for chasing after that one AL higher?

Will we make sensible and thoughtful choices for our children’s future, keeping in mind their real abilities and interests, instead of focusing our attention on the seemingly elite schools?

Will we appreciate the new choice order and make prudent choices with our children, instead of putting all our eggs in the basket of our first choice of secondary school?

And when our children do get their PSLE results and should they somehow not get into the school of their choice, will we shame them for not meeting the mark, or blame the system for its inadequacies?

Or will we truly embrace the mindset that there is learning to be found in every institution, and that our children are not defined by the grades they achieve or the school they attend?

The ball, I believe, is in our courts now.