How I Saved My Family From Breaking Apart: True Story of A Father Beating The Odds

The door clicked shut, muffling the cries behind.

Irwan stood in front of the main door, hearing his wife Diana pacify his youngest son, Dani, inside the flat. Dani cried every night begging his father not to leave for work as a night shift aviation screening officer at the airport.

Irwan took in a deep breath. His leg sometimes hurt from the fall he took in his previous job. No one helped or showed concern to him then, a disappointment he would carry forward till his grudge wore off with time.

He trudged along the lighted corridor. If he didn’t go to work, how could he support his family of five? His two older sons, Dasuki and Damiri, were in primary school. Although they had financial assistance for school fees, he still had to feed them. His wife was a homemaker, taking care of his youngest son. 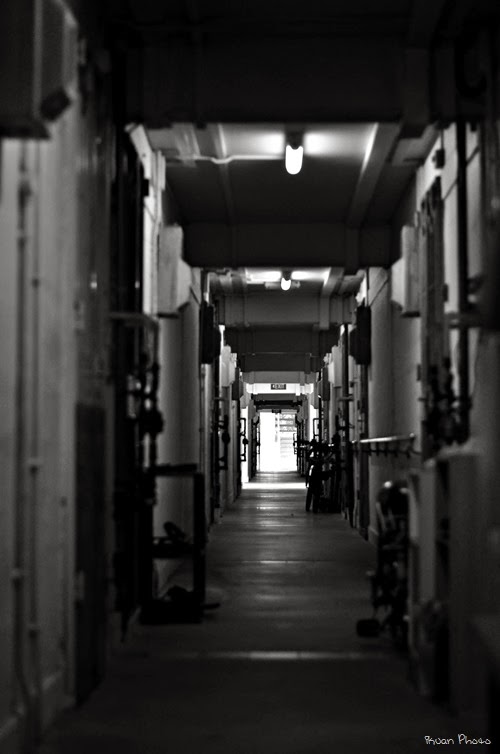 Come to think of it, it wasn’t even his flat they were staying in. This 4-room HDB flat belonged to his parents. His brother’s family of 4 was also staying there too.

They all made the most of the tight space, but his children were growing up and it was becoming more difficult. He was adamant his family stuck together, even if it meant 5 of them sleeping in the living room.

As he walked towards the stairwell hearing other fathers and mothers playing and chatting with their children, he felt the familiar feelings of jealousy and resentment well up inside him. His relationships with his first two sons were fading; his family was drifting apart, breaking up slowly.

He had really tried hard to make things work. After he married the woman he loved, he and Diana had bought their first HDB flat. He didn’t manage to study much, instead deciding to begin working earlier to support his family.

One day he had a nasty fall at work. As a sole breadwinner, his family fell into financial difficulties and they decided to sell their flat as it became increasingly hard to pay the housing loan. They moved in with his parents. It was meant to be a temporary arrangement. However, Irwan and Diana faced difficulties obtaining approval for the second HDB flat. His low pay meant that his CPF did not have a lot of money. His job as an outsourced worker was not perceived as a stable job.

He wanted her to smile again

Lost in his thoughts, Irwan almost missed his bus.

He boarded the bus and watched the other commuters leave the bus from the back door, walking towards their blocks. “Why is my life opposite from other people’s?”, he thought.

As he took a window seat and watched the night scenery change from heartlands to the city, he thought about Diana, his love. What first struck him about Diana was her dazzling smile and twinkling eyes. They had dreams of spending a lifetime together in happiness, raising a happy family and building a home.

The only time he could spend with her for the last 18 months was after his night shift when he reached ‘home’, aka his parents’ place, and in the evenings before he left for work.

It was harder for her, facing the pressures from family every day, being strong for her children and standing by him when others looked down on him and derided him for his job, inability to support his family and get a place of their own.

She cried more often now, usually in private when she thought no one was looking. But he always knew, yet did not know how to solve her worries because he felt he was her limiting factor.

He desperately wanted her to smile again, the way he promised he would always make her smile if she agreed to be his wife.

Putting pride and effort in his job

Later that night, the bus reached the airport terminal. He set aside his personal thoughts and focused on his work, watching out for suspicious characters and scanning carry-on bags for prohibited items. He had an important job, responsible for the safety of the airport and departing planes.

On the way home, he fell asleep.

Dawn was breaking, and freshly perfumed workers waited to board the bus as he alighted.

He stepped into his parents’ place and saw his wife and sons sleeping peacefully on mattresses in the living room, where they usually were.

“This will not be the day I give up, but the day I will try harder.”

As he stood in the doorway watching their breaths rise and fall, he felt a sudden burst of energy through his heart.

“I am their Papa, I cannot give up. I will find a way to make things better”, he reminded himself.

Irwan quit his job and found a new one with the National Library Board where he would be working at the Jurong Regional Library. The working hours gave him more time to bond with his sons and guide them through life.

They moved to her parents’ place to give his parents a breather. The family of 5 still slept in the living room as Diana’s three brothers were staying with her parents.

Irwan felt very nervous during his first week at the library. This was a totally different environment from the airport. There were new procedures to learn, and he was unsure what to do. He met Alvin Tan, a colleague who helped him understand the ropes in his new workplace.

With Alvin’s guidance on the job, Irwan felt more confident with his work every day. Irwan felt comfortable enough to share with Alvin his worries about his family’s tight finances, wanting to get their own place and be closer to his sons.

Alvin, who is familiar with the union representing library staff, told Irwan that he could apply to be a union member. Irwan was skeptical, how could the union help him?

He trusted Alvin and joined anyway. He also met Lai Meng, another colleague who was also a union leader from the Amalgamated Union of Statutory Board Employees (AUSBE).

“What can the union do for me?”

Irwan was happy when he discovered his family qualified for NTUC U Stretch grocery vouchers, which took a load off his back.

He realized that the Central Public Library was also the venue for a Back-To-School fair organized by NTUC. Diana was keen to visit the fair to buy school items at special prices for the boys. To his surprise, Lai Meng and Alvin informed him, “Your family is also eligible for NTUC Back-To-School vouchers to use at the school fair, worth $125 for each of your sons.”

That day at the fair, he saw Diana smile so much, reminding him of the days they were dating.

Soon after, Lai Meng and Alvin helped him to apply for education bursaries for his sons from the union.

“If you want something, you have to go for it.”

Riding on the wave of positivity and advice from his friends, Irwan summoned up his courage and wrote to Dr Yaacob Ibrahim and Minister Khaw Boon Wan, asking for help to get his family a HDB flat.

Since he has a stable job and with the union negotiating career progression for the library staff, he felt he had a better chance.

A few days later, he received a call and email from Minister Khaw’s secretary.

He obtained their HDB 2-room flat keys a few months later, his sons in a frenzy on what to keep, what to throw, where to chill, where to hang out around the area.

They could finally live in their own place, going out as a family in the evenings to the nearby reservoir park and truly bonding in their own living room. 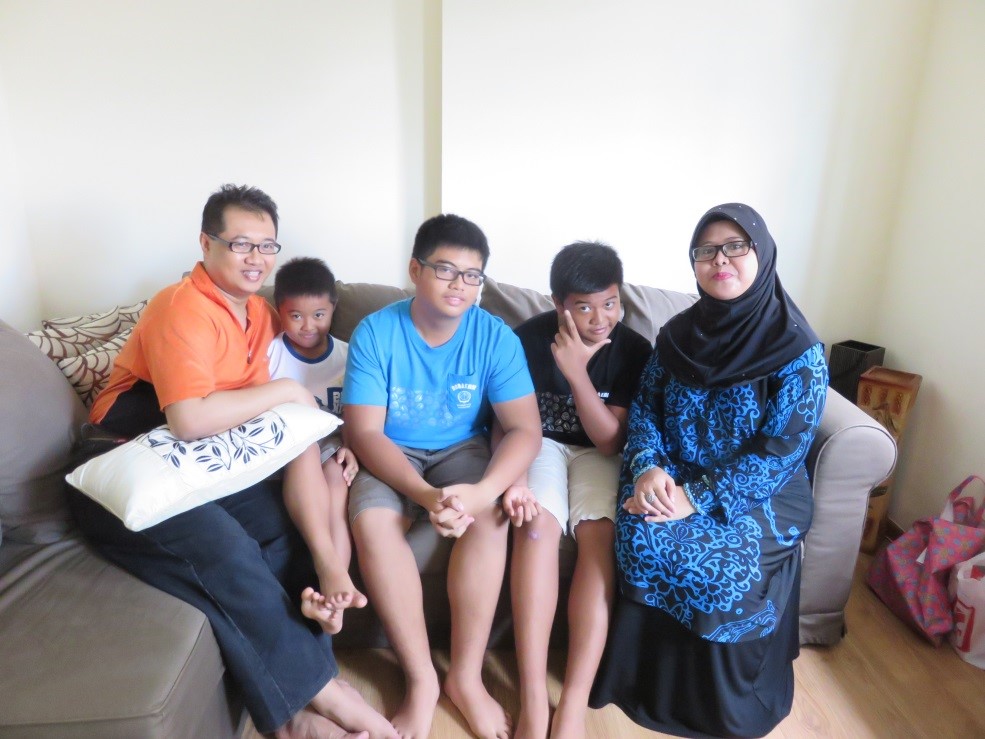 Picture: Irwan and family in their new living room 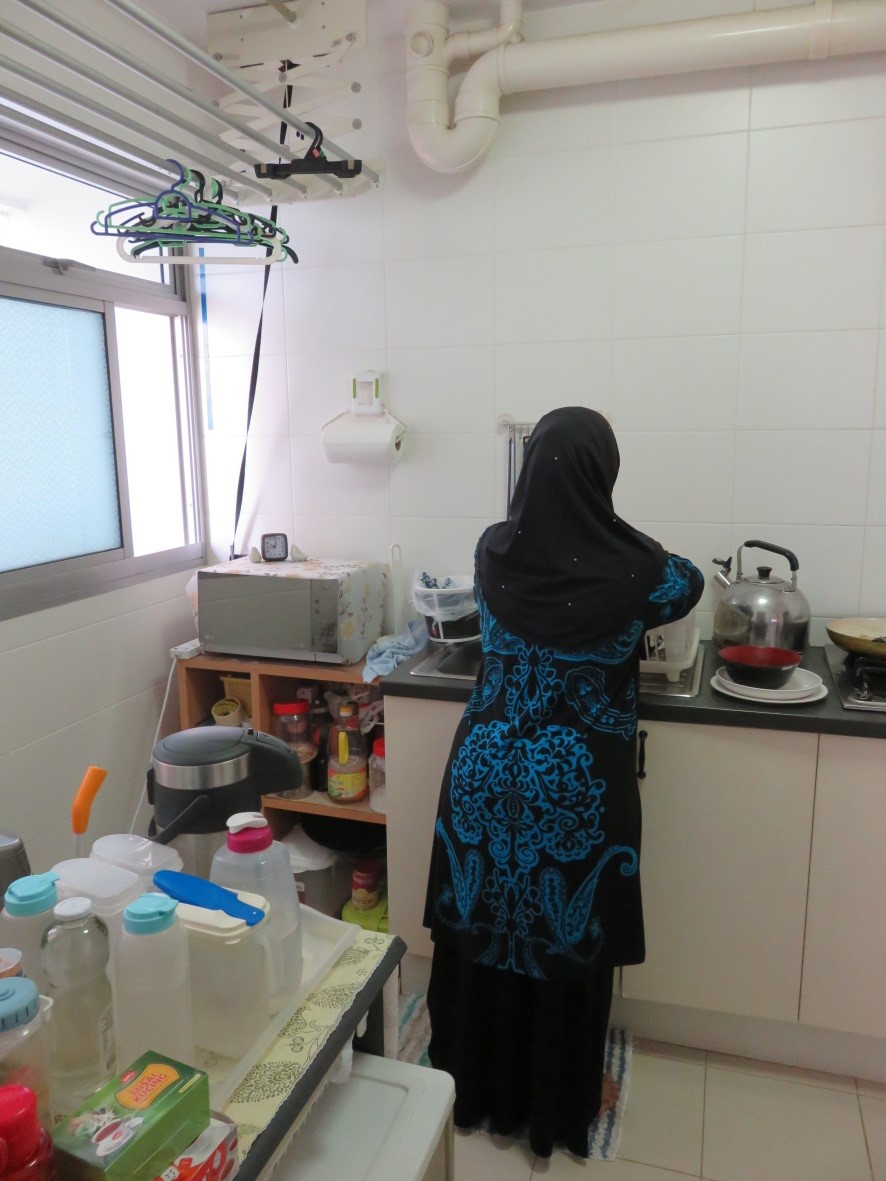 Picture: Diana enjoys cooking for her family in her own kitchen

Irwan knew his sons had always wanted to experience the adventure waterpark at Downtown East, but the tickets were a luxury they couldn’t afford. One day, he learnt from Lai Meng that he could take his family of 5 to an NTUC U Care Family Recreation & Fun carnival where all of them could enter the waterpark free for the whole day, with food vouchers to boot!

Mr Irwan recounted how his family had to move from place to place because they did not have a place to call their own….

Irwan has grown much closer to his sons. He makes sure he is there to guide them and ensure they grow up learning what’s right from wrong, what is important to focus on and respecting their elders.

He has also grown closer to his parents and recently tapped on his eldercare leave to look after his dad.

The union had negotiated for eldercare leave to be included in the Collective Agreement, a legally-binding contract of workplace terms and conditions which both the management and union have agreed upon.

The Industrial Arbitration Court website lists examples of what may be included in a Collective Agreement:

Irwan is grateful to his union leaders for negotiating for eldercare leave so he could spend time with his elderly father and take care of him. 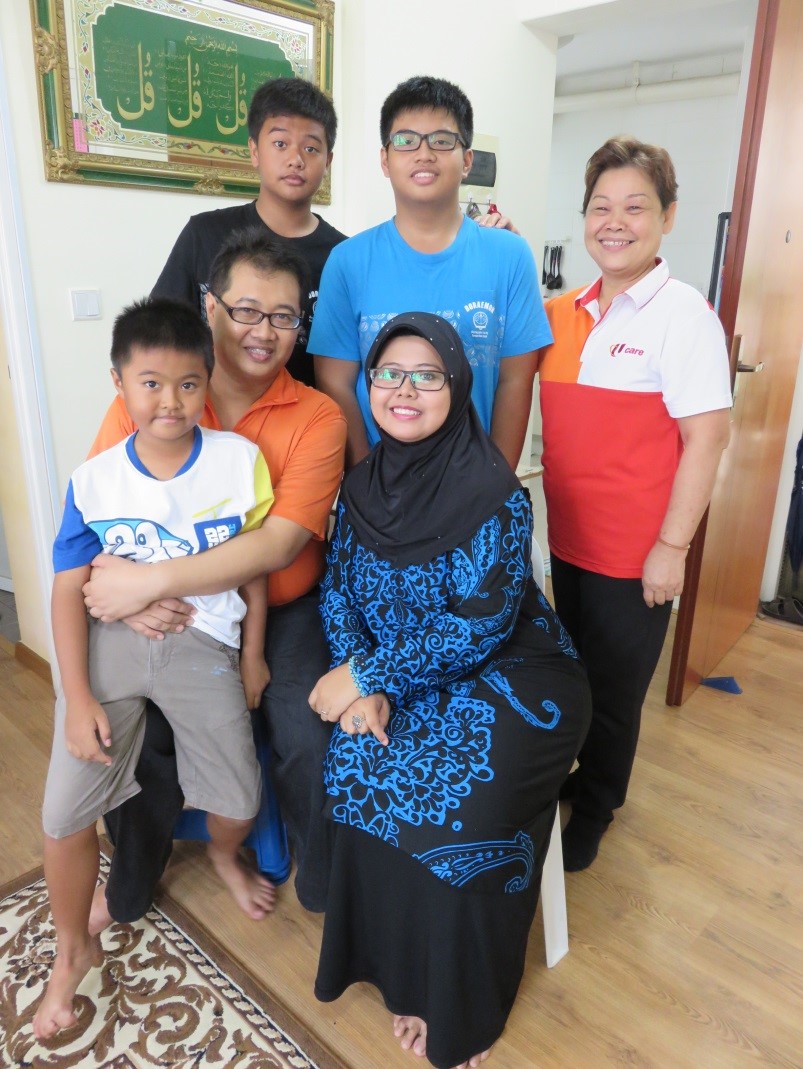 We got to hear Irwan’s amazing life journey and visit his family. He has a lot more to say here.