Thala-SIMI-AH? NTU student-led campaign shares why prospective parents should be aware of Thalassaemia – the most common genetic blood disorder in Singapore

With about 1 in 20 Singaporeans estimated to be Thalassaemia carriers and possibly at risk of having a child with Thalassaemia Major, Thala-SIMI-AH? seeks to encourage Singaporean couples to find out what is Thalassaemia and go for Thalassaemia screening before starting a family. 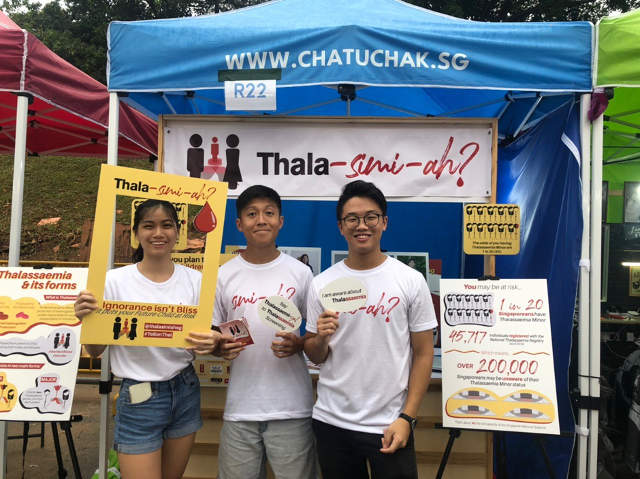 Despite it being the most common genetic blood disorder in Singapore, and the notion that being a carrier can have potentially severe consequences for one’s future child, a targeted survey by four final-year communications undergraduates from Nanyang Technological University identified that most Singaporean young adult couples have never even heard of Thalassaemia. In response to this finding, Thala-SIMI-AH? – the first-ever student-run campaign dedicated to promoting Thalassaemia awareness and screening among prospective parents in Singapore – was initiated.

According to a survey of 201 Singaporeans aged 25 to 34 who are in a relationship and intend to have children, 71.6% had never heard of Thalassaemia, while 89.6% have not gone for Thalassaemia screening and remain unaware of their Thalassaemia status. Because Thalassaemia carriers are generally healthy and do not exhibit any symptoms, unless one has been screened for Thalassaemia trait, it is possible that he or she may be a carrier without knowing.

⇒ Related Read: What is Thalassaemia And Why You Should Screen For It

Based on statistics from the National Thalassaemia Registry, about 1 in 20 Singaporeans, or 5% of the local population, are estimated to be Thalassaemia carriers. However, as of 2019, only 45,717 individuals have been registered, meaning that there may be over 200,000 Singaporeans who are presently unaware that they are carriers of Thalassaemia trait. This is a particular cause for concern because when both partners in a couple are Thalassaemia carriers, there is a 25% chance that their future children may develop the severe form of the disorder – Thalassaemia Major. Infants born with Thalassaemia Major suffer from life-threatening anaemia, a deficiency of functioning red blood cells, and require life-long regular blood transfusions and other medications. 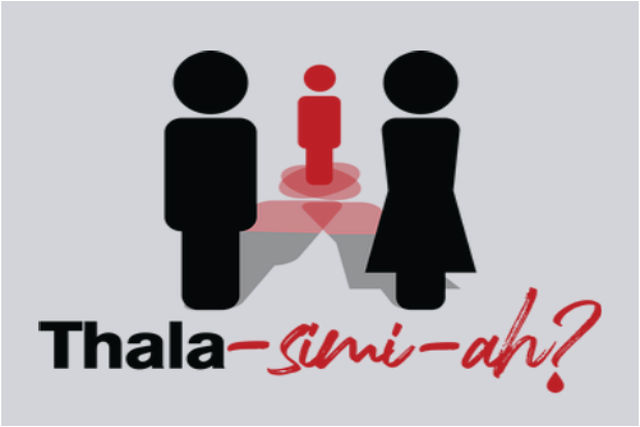 In fact, it was a strong sense of concern in relation to this situation that motivated the team from Thala-SIMI-AH? to embark on a health communications campaign to raise awareness about Thalassaemia and establish Thalassaemia screening as a vital step in family planning.

“I knew of my younger brother’s status as a Thalassaemia carrier but, for the longest time, it did not worry me because it did not seem to have any effect on his health,” said Jensen Chan, team leader of Thala-SIMI-AH?.

“However, when I discovered the risks involved in terms of potentially passing the disorder down to his future children, I was shocked at the huge discrepancy between how common it is and how few people, even among those who plan to have children, actually know about it.”

Due to the nature in which the disorder may be inherited, it is pertinent that couples go for Thalassaemia screening and find out their Thalassaemia status before starting a family. Should either or both partners be diagnosed as carriers, the National Thalassaemia Registry provides free genetic counselling, where the couple may be informed of their risks and the options available with regard to having children so that they may make informed family planning decisions.


As part of their campaign efforts, Thala-SIMI-AH? is employing social media and on-ground activations to engage Singaporean young adult couples to educate them about Thalassaemia, the availability and importance of Thalassaemia screening, and what they can do should they be diagnosed as carriers.

The campaign is running from now till early-March 2020, with a series of 11 roadshows occurring every Friday to Sunday of February, starting from 7th February, at Chatuchak Night Market Singapore.

Thala-SIMI-AH? is in partnership with KK Women’s and Children’s Hospital and the National Thalassaemia Registry, who have actively verified the content of the campaign’s collaterals and are kindly sponsoring free Thalassaemia screening for eligible roadshow participants.

Thala-SIMI-AH? is a non-profit health communications campaign spearheaded by four final-year students from Nanyang Technological University (NTU)’s Wee Kim Wee School of Communication and Information (WKWSCI). Thala-SIMI-AH? aims to raise awareness about Thalassaemia as the most common genetic blood disorder in Singapore and encourage couples who intend to start a family to go for Thalassaemia screening so that they may be able to make more informed family planning decisions.

More information about the campaign can be found here.