This has become Singapore’s largest fundraising event for any child care group involving close to 2,000 children and their families. 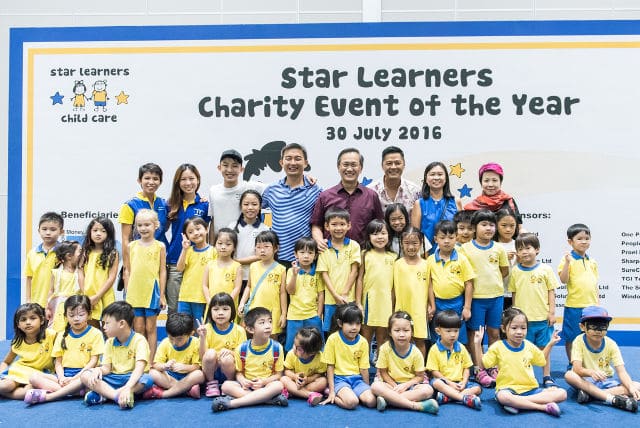 Today, Star Learners Child Care (Star Learners) successfully hosted Character In Action 2016, their theme to the mega charity fun fair organised at MegaBox Convention Centre (Big Box). The aim of this charity funfair is to raise funds to support The Straits Times School Pocket Money Fund and Singapore Children’s Society. Replete with entertainment and meaningful lessons, the event successfully gathered close to 2,000 children mainly aged between 2 and 6, both from Star Learners as well as the public alike, and their families.

The older Star Learners children (aged 5 and 6) assumed the role of social entrepreneurs as they were involved in the selling of artworks and manning game booths. All of the children and families who attended the event participated in the 27 booth activities as part of their contribution to the fundraising effort.

Guests of Honour, Member of Parliament for Mountbatten Constituency, Mr Lim Biow Chuan and MediaCorp Celebrity Mr Li Nan Xing, arrived at the event and created a hype among the teachers, parents, and children alike. They were on the ground at the event, mingling closely with the children and motivating them to love “giving”. 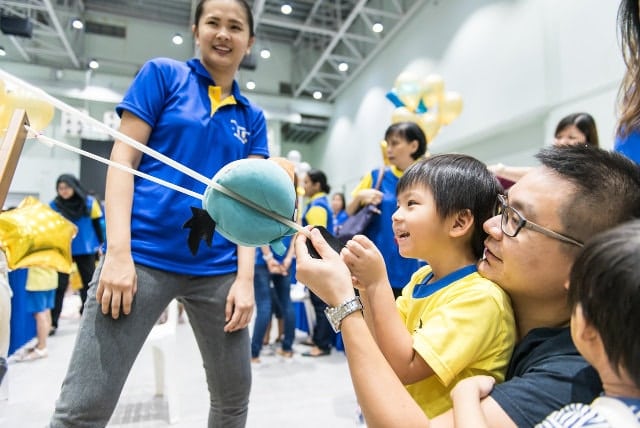 Other exciting highlights include the largest showcase and sale of thousands of customised tote bags decorated by the children, booth focused on sports activities like soccer, basketball, baseball, golf, obstacle course and more.

“At Star Learners, we believe in the philosophy of ‘Building Confident, Creative Children with Character’,” says Tan Meng Wei, CEO of Star Learners Group. “Through this event, we groom our children into independent thinkers with a heart. It is through real action that they acquire traits such as gratitude, respect and love. By putting our children in charge, we imbue them with a sense of responsibility and inspire them to help other children who are in need.”

Running a service or business targeted for parents? Reach out to a wider audience in our Best Childcare Singapore compilation. Leave your contact details here and we will get in touch with you.