Different Stages Of Play In Children

Play is an important part of child development. Play means allowing children to have the freedom to choose whatever activity they want without any restrictions from adults. Often, parents might have misunderstanding about children playing as it seems like they are having fun and not learning anything at all. However, play is an essential medium where children “learn by doing” in a fun and relaxed environment.

Each year when a child grows up, he participates in different and increasingly complex stages of play. Here are the different play milestones in a child’s life. 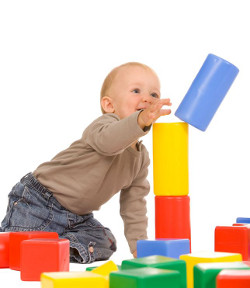 During this stage, children play alone with their toys. They will not notice the other children playing around them. Children that fall under this stage are mostly infants. However, sometimes, older children might be involved in solitary play.

Example: In a room full of children, Jasper is playing with his train set. Sasha is playing with blocks. Both children do not notice or recognize each other’s presence and will continue in their own play.

During this stage, there is little interaction among children. They are engaged with their own toys even though they are playing beside each other. However, they know their friend’s presence and will be delighted by the company they have.

Example: Lily and James are playing at the sandpit together. Both of them are playing side by side, using the sand equipment to build their own castle. They are aware of each other’s presence and will occasionally look over at each other’s sand structure. They will observe and imitate one another.

As the name suggests, children at this stage began to gain awareness of one another and start to play in pairs or groups. During this period, children start to share toys and play in the same area together. However, there is no cooperation and negotiation among them. They do not set rules in their games although they are playing with the same toys.

Example: The children decide to play catching in the playground. They start to run around the playground, chasing each other. However, there are no definite roles as to who will be the catcher or runner. If any child stops running or chasing their friends in this game, the others will continue to play.

⇒ Related Read: Why Turn-Taking Is Better Than Sharing 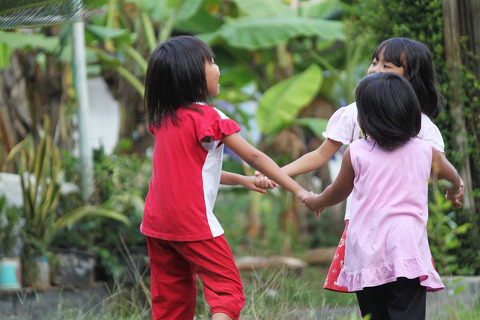 In this stage, children work together as a group to have a sustained role in a game. There will be planning, cooperation and negotiation with their friends while playing together. Each of them has their own responsibilities in the game.

Example: A group of children are playing pretend play in the dramatic corner. They come together to discuss and decide on their roles in the game, i.e. who to play the role of the father, mother or baby, where they are staying, what they will do etc.

Let us not limit our children from playing, but rather, start to appreciate them for being brave enough to venture around the world that they are in, to run, jump, roll and fall without restriction!