Visitors can also look forward to the site-specific history of Pasir Panjang and Bukit Chandu with new displays and artefacts.

Reflections at Bukit Chandu (RBC) will reopen its doors to the public on 9 September 2021. Managed by the National Museum of Singapore, under the National Heritage Board, the newly revamped RBC reopens with an enhanced retelling of the story of the Malay Regiment in the Battle of Pasir Panjang, during which the heavily outnumbered soldiers from the regiment made a heroic last stand against a 13,000-strong Japanese force. 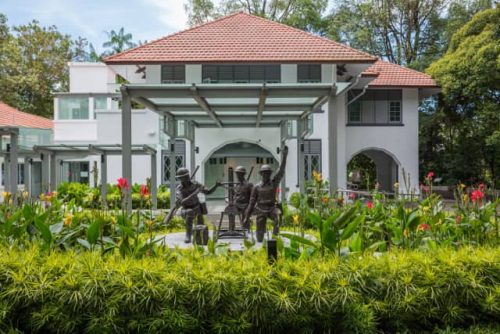 The revamped World War Two interpretative centre takes visitors on an immersive journey to remember the brave soldiers of the Malay Regiment with an expanded narrative that includes the site-specific history of Pasir Panjang and Bukit Chandu. First opened in 2002, RBC is housed in a bungalow that was originally built in 1930 for senior British staff of an Opium Packing Plant down the hill. RBC was closed in 2018 for major redevelopment works.

Chung May Khuen, Director of the National Museum of Singapore, said: “Reflections at Bukit Chandu commemorates the tenacity and heroism of the Malay Regiment in the battle of Pasir Panjang, a key moment in Singapore’s World War Two history. With this revamp, we also hope to share with visitors more insights into the pre-war character of Pasir Panjang and Bukit Chandu. RBC complements the National Museum’s World War Two galleries and the recently revamped Changi Chapel and Museum’s story of the prisoners of war and civilians interned at Changi prison camp – together, these interlinked narratives piece together the story of World War Two in Singapore. The stories of courage and resilience shared in these three institutions remain relevant to our lives today and we hope that they will continue to inspire and resonate with visitors, especially as we commemorate the 80th anniversary of the Fall of Singapore in February next year.”

The RBC bungalow stands close to Point 226, a military position that was the site of the Malay Regiment’s last stand against the Imperial Japanese Army on 14 February 1942. Enhanced with new artefacts and displays, the galleries on the first floor of the revamped RBC charts the regiment’s beginnings, and pays homage to their courage and sacrifice during the Battle of Pasir Panjang in the exhibition Bukit Chandu: Battle Point 226.

1. The Malay Regiment: This section traces the origins of the Malay Regiment, from the equipment that they used to the specially designed uniform that they wore. The regiment began as the Experimental Company with 25 recruits in 1933, assembled in the Federated Malay States near Port Dickson, Negeri Sembilan. In 1935, the Company was renamed the Malay Regiment, and by the time war broke out in 1941, it comprised almost 1,400 soldiers.

2. Into Battle: This section traces the regiment’s story during the defence of Malaya and Singapore against the Japanese invasion, culminating in the battle of Bukit Chandu on 14 February 1942.

This section pays tribute to these men who embodied the regimental motto, Ta’at Setia (“faithful and true” in Malay), to the very end.

The exhibition features familiar key artefacts such as a Malay Regiment officer’s uniform and the bronze bust of Lieutenant Adnan Saidi. Those on display for the first time include a rare archival pre-war film footage featuring Lieutenant Adnan at a ceremonial parade, bullets from the Battle of Pasir Panjang that were found around Pasir Panjang Ridge in the 1970s, and bullet cases recovered from the eastern side of the bungalow’s compound during an archaeological excavation in 2019. The bullet cases were identified as .303 rounds used by the British Army during World War Two and are thought to have come from the platoon led by Lieutenant Abbas Abdul Manan, the only surviving officer from the battle. A tin cup belonging to Lieutenant Ibrahim Sidek, who was detained after the surrender and killed by the Japanese for refusing to remove his uniform, is also featured alongside an excerpt of an interview with his widow. Visitors can also look forward to an immersive multimedia display show that tells the story of “C” Company’s defence of Point 226.

A sculpture depicting a mortar crew of the Malay Regiment has been moved to the centre of the RBC compound and welcomes visitors to the centre. It was previously installed to commemorate the soldiers’ bravery, sacrifice, and heroism in World War Two.

Tracing the legacy of Bukit Chandu

The history of RBC’s surroundings, which predates both the war and colonial era, has been incorporated into RBC’s revamp to provide a larger historical context beyond the World War Two period. Galleries on the second floor as well as on the grounds of RBC shed light on the history of Bukit Chandu (“Opium Hill” in Malay), Pasir Panjang (“Long Beach” or “Long Sand” in Malay) and the history of the RBC building from as early as the 14th century.

1. Packing Chandu: Visitors can learn more about the history of opium production in Singapore and life at the Opium Packing Plant, which used to exist at the foot of the hill. Raw opium was first processed in a factory at Telok Blangah, after which it was sent to Pasir Panjang to be packed, before being sold to opium smokers in Singapore, Malaya and other countries in the region. This section also sheds light on the harm caused by opium addiction and efforts taken by local community leaders to combat it.

2. The Lounge: Visitors will get to experience how former occupants of the house would have enjoyed the sea breeze and a view of the Singapore Strait, and find out more about the history of Bukit Chandu and Pasir Panjang through archival photographs.

3. On the Lawn: Through two outdoor installations, visitors can learn about the local landmark Longyamen (“dragon’s teeth gate” in Mandarin) and the pineapple plantations which used to dot this area.

Other artefacts that were excavated at the site in 2019 and are presented in the revamped gallery include a Marseille roof tile, which was likely part of a ridge tile at the apex of a gabled roof, and a small medicine vial possibly used to contain a Chinese medicine, which may have belonged to a domestic helper employed by the bungalow’s residents.

As part of efforts to enhance the infrastructure and accessibility in RBC, new features such as a sheltered driveway and a lift to the second-floor galleries have been introduced. Visitors can also enhance their experience with the RBC chatbot which allows them to tune in to exclusive audio tours, access exhibit captions in Malay, Chinese, Tamil and Japanese, and even browse merchandise. Visitors can also check out suggestions for nearby World War Two-related sites to explore.

To commemorate the reopening of RBC, all visitors will enjoy free admission from 9 to 26 September 2021. Singapore Citizens and Permanent Residents will continue to enjoy complimentary admission beyond this period.

The opening weekend for RBC will take place from 11 to 12 September, which also coincides with the anniversary of the surrender of the Japanese on 12 September 1945. Visitors can look forward to a self-guided scavenger hunt through the RBC galleries and complimentary livestreamed tours by the curators of RBC and Changi Chapel and Museum on Facebook Live.

Visitors are encouraged to pre-book their museum admission tickets and sign up for the opening weekend programmes ahead of their visit. Please visit here for the latest updates on the museum. 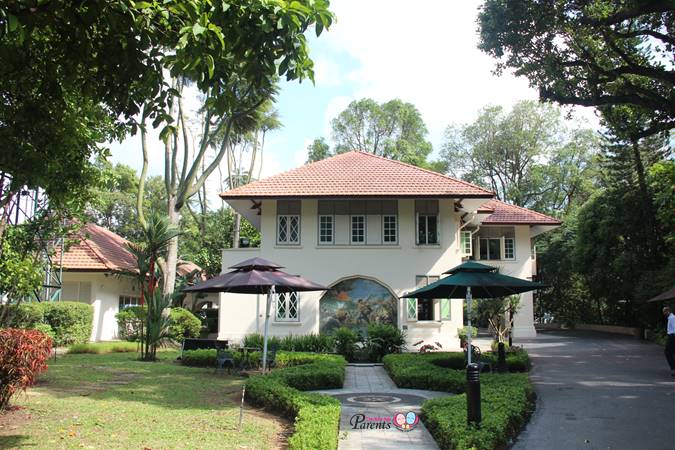 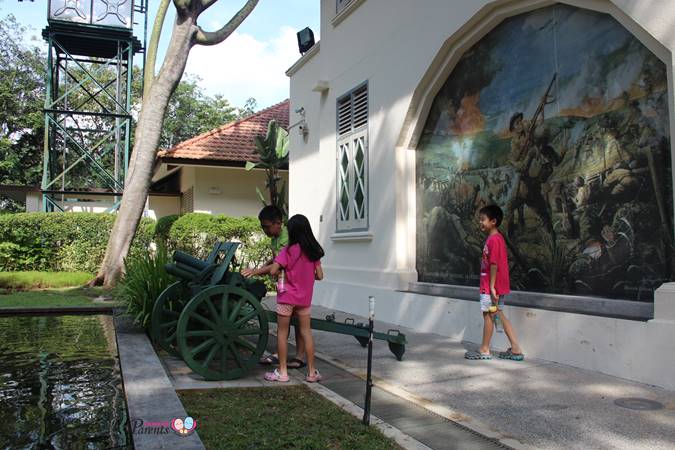 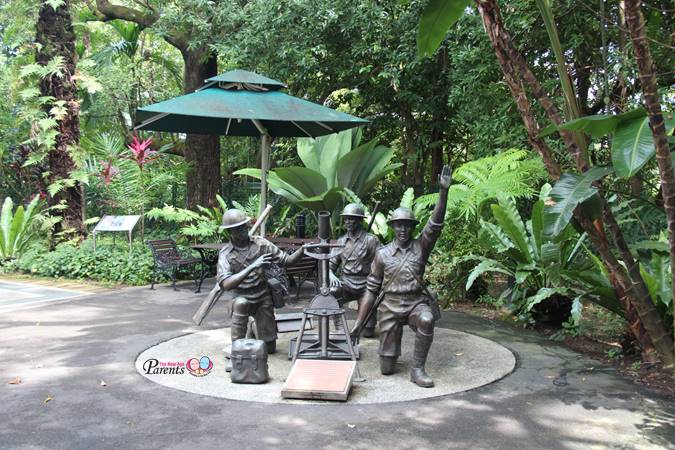 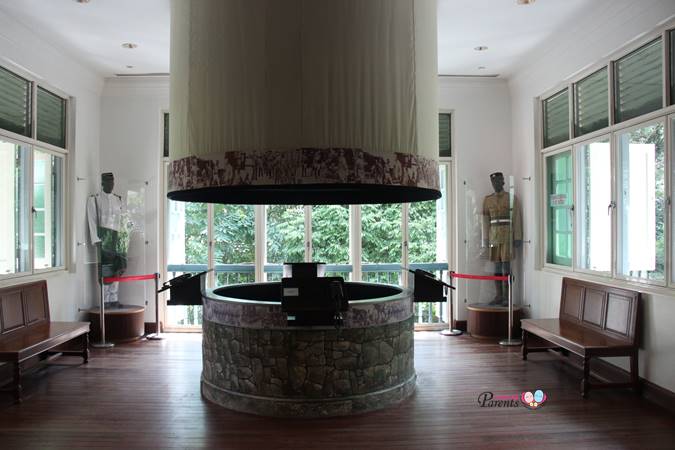 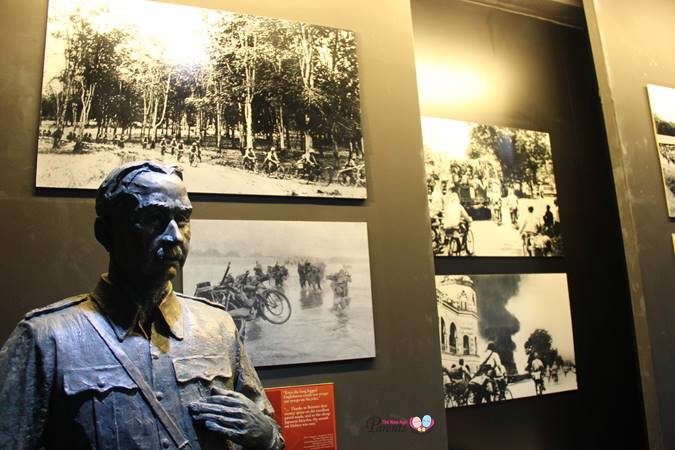 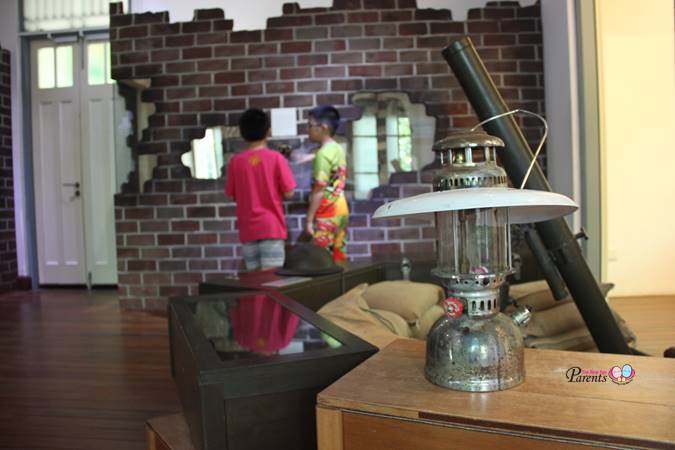 This bungalow was originally built in 1930 along with a group of other bungalows for senior British staff of the Opium Packing Plant. Although influenced by the style of other black-and-white colonial bungalows, the bungalow also bears distinct Art Deco elements. In the 1990s, public interest led to the bungalow being conserved and used as a World War Two interpretative centre. Reflections at Bukit Chandu opened on 15 February 2002.

How to Get to Reflections At Bukit Chandu Museum Singapore