Raising A Child Without A Partner: Plight Of Single Parents

Picture this: A petite, trendy 24-year old standing in an elevator holding hands with a toddler, all smiles.

This conversation echoes one that Laura has had far too often in the last two years. This conversation, in essence, sums up the stigma of single parenthood in Singapore. 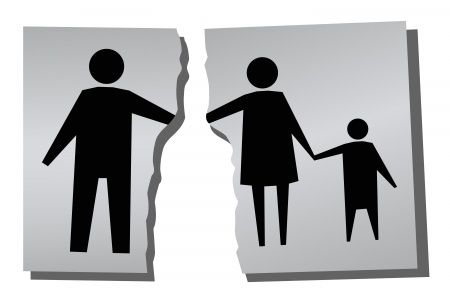 Despite the modernity of our society, single mothers are still stigmatized in our Asian cultures. People are still prejudiced and feel that divorced women, or women who have children out of wedlock deserve lesser empathy as wives whose husbands had died. It is not easy for single mothers to shy away from the prejudiced remarks.

Like Laura, when she found out that she was pregnant at the age of 22, she was also worried how people will look at her. When she finally plucked out her courage to share the news with her own mother, the first thing her mother advised was “get an abortion“. “Having a child right now,” her mother said firmly to Laura, “would do nothing but jeopardize your bright future“.

Her father was disappointed and wouldn’t speak to her. Laura’s mind was clouded with pain, confusion, disbelief, and an entire conundrum of emotions that an abortion seemed like the most sensible thing to do. But she struggled – as the idea of putting her own child to death did not sit right in her heart. Thankfully, she did not.

Many people tend to judge single mothers based on their minimal knowledge of what has happened – such as assuming that the young woman must have been immature and playful to have gotten herself pregnant, or the divorced mother not trying hard enough to salvage the marriage.

Joanne, a 50-year-old single mom, wasn’t sure if she could manage to raise her three children when her marriage fell apart 20 years ago. She did not have the luxury of having a supportive family and friends whom she can rely on during that challenging period of her life. She recalled the shame that she was put through by her own family, in-laws and friends.

“It was the most challenging time of my life. I could not afford to put my children into a childcare, let alone to employ a maid to help. I had to manage my children’s emotions and let them know that ‘your mom and dad are no longer together’ all on my own. I had to find a job that would allow me to be home to earn the income I need to pay for their school fees, and to give them a normal happy childhood.”

Besides the pressure from family and society stigma, single mothers may also face difficulties in the workforce. Being a single parent does not entitle them to the all the benefits compared to their married counterparts.

Laura also finds that single parent families do not have access to most government subsidies and financial incentives (such as the Baby Bonus, Working Mothers Tax Relief, Foreign Maid Levy Relief and Grandparent Caregiver Relief). As such she finds that more support can be given towards this growing group of families.

A More Forgiving And Supporting Society 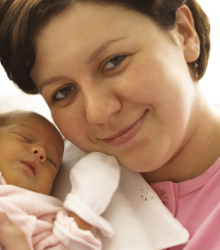 “Barring the question of whether a parent should even be penalized for not being married, should a child be punished for being borne to a single parent – something that was never by his/her choice? Because denying a single mother of perks and benefits inherently causes her child to suffer the loss as well,” Laura added.

It is important for us to reflect if we have been secretly judging a parent when they have a child before they are married, or a child for being borne to a single parent family when it was never really their choice. As someone once told Laura said, “There is no such thing as accidental children; only accidental parents“.

Are you a single mother or father? Do you think there are enough support and resources to support single parents? Share your story with us.