Wheel, Walk Or Jog: Mind Stretcher Ties Up With The Handicaps Welfare Association

The Handicaps Welfare Association (HWA) held its annual Wheel, Walk or Jog (WWJ) charity walk on Sunday morning, 18 May 2014, at the Japanese Garden to create awareness and empower people with disabilities towards independent living and community integration. 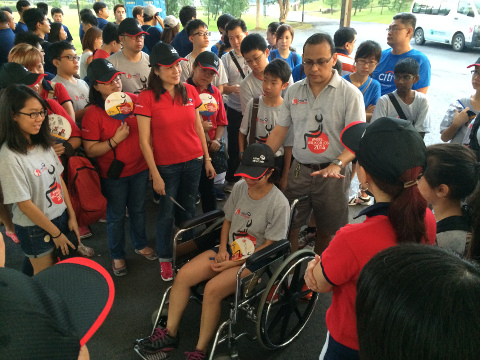 Senior Minister of State and Member of Parliament for Whampoa SMC, Mr Heng Chee How, graced the event. This is a unique event where the Handicaps Welfare Association’s members, volunteers, staff and members of the public wheeled, walked and jogged along a designated route to raise funds for the physically challenged community.

For this event, HWA received support from Mind Stretcher Education Group, an institution that strongly believes in giving back to the society. In addition to contributing $10,000, Mind Stretcher has enlisted the help of students enrolled in its learning centres to participate in this meaningful project. At Mind Stretcher, education is not confined to academics and students receive a holistic and values-based education.

They are nurtured to be compassionate, sensitive and well-rounded individuals who are responsive to the real needs of the community. Through collaborations with like-minded community partners such as Mind Stretcher, HWA hopes to inspire a new generation of ‘agents of change’ who view persons with disabilities as equals, rather than disadvantaged recipients of charity.

Deon Lee, a secondary 2 student from West Spring Secondary School shared that WWJ 2014 was her Community Involvement Project (CIP), it called out to her since she believed that living in harmony with people of all ages, despite their handicap is important in Singapore. On top of that, it was her friend’s recommendation, even though it was her first experience at this event, she was eager for more! 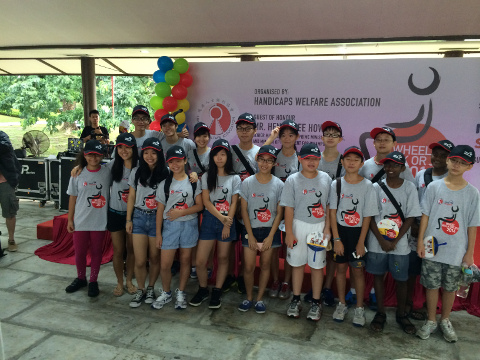 A mother of two children who happen to pass by WWJ 2014 was heartened to hear to know of such an event. She believes that it is a kind of spirit which should be in every Singaporean, and kindness goes a long way. She explains to her children about this event, despite their tender age and tries to convey the underlying message to them.


A working mother of a single child was involved in WWJ 2013 & WWJ 2014, an initiative started by the company she works for, Keppel Corporations. She feels that the society can do more for the physically handicapped, even though our Mass Rapid Transport (MRT) is wheelchair-friendly. She believes in educating her daughter about people with physical disabilities, and what can be more meaningful than showing her support for the event with her daughter.

This event is significant in terms of generating public awareness on people with physical disabilities.

HWA is one of the many charity and community organisations that Mind Stretcher supports.

Mind Stretcher is a premier and popular enrichment chain in Singapore, with 20 centres and thousands of enrolments islandwide.