It takes courage to stick to your parenting beliefs when everyone tells you otherwise. But it pays off.

As a parent born and bred in Singapore, I am no stranger to the stresses of school life that face our young ones each day. For most of my academic life, my parents drilled into me the importance of studying hard and getting a good education.

I used to say I would not subject my own children to such pressure, and adopt a more laidback approach of parenting. 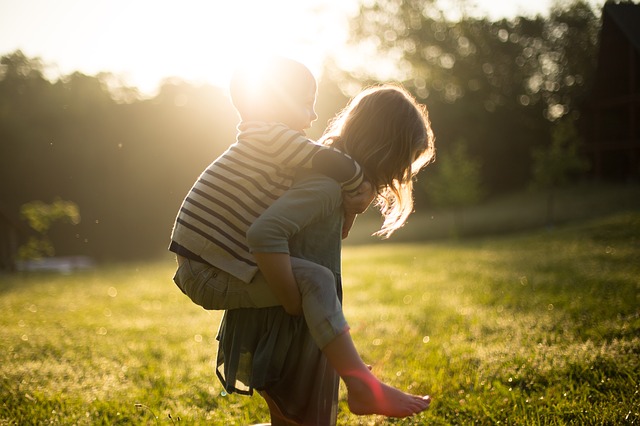 However, now that I am a parent of a primary-schooler, I do understand the unavoidable tension that all of us and our children must face as they enter the formal education system. I wouldn’t say that I have had to eat my words, but I’ve certainly had to rethink some decisions and make some changes to how we portray school, grades and studying hard.

From as young as four, children are taught to read, spell, write and speak in public. For those who may not be as quick as their peers to jump onboard the learning express, well-meaning teachers and friends would encourage the child’s parents to consider various forms of intervention, i.e. enrichment activities, to boost their child’s progress and confidence.

I have been there.

I understand how it feels.

When my younger son started nursery last January, his teachers told me that his speaking was quite undeveloped as compared to his peers. He had limited vocabulary, and would occasionally stutter, especially when he was trying to think of how to express himself.

However, those same teachers did not suggest that anything was wrong with him. Rather, they encouraged me to keep speaking to him often, and reminding him to stop and think whenever he stuttered.

Still, their comments worried me. So I got him assessed with a speech therapist. She, too, commented that he was on the slow side in this respect, but encouraged me not to worry as young children often develop at different rates. I heeded her advice and let him be, even though certain family members kept commenting on his speaking.

It was hard to not do anything, and not to feel protective and worried about my son in the face of such comments. But I’m glad my husband and I were on the same page.

One year later, my younger son’s verbal skills have steadily improved. He is still not as verbose as some of his classmates, but he is certainly not far behind anymore. In his case, it was truly a case of simply developing a little later than his peers.

In this one year, I have learnt that he is a tender-hearted chap, even though he doesn’t show it. Had we made a big deal about his speech delays or sent him for therapy or ‘enrichment’ for that purpose, he might have become insecure about his speech and struggle with those feelings inside.

Today, he is a happy and very chatty five-year-old.

Meanwhile, my older son took to reading very late. I was worried about how he would fare in primary school, as he was still struggling with anything more than four letters at the end of his K2 year. We chose not sign him up for any enrichment classes, as we wanted him to have as much time for free-play and art, which he loves.

We didn’t want him to dread reading, but discover the joy of books for himself in his own time. So we continued to read to him often, sit with him while he stumbled slowly through his reader books, and look for reader books on topics of his interest.

These were tough decisions to make. We had friends who advised us not to wait until it was too late. My own mother also encouraged me to send my eldest for reading classes before the primary school year began.

But I knew I still had a choice. We continued to encourage him, and let him grow at his own pace.

Just weeks after he began Primary 1, I was astounded to hear him reading his books fluently. Within a few more weeks, he had graduated on to his first simple chapter books, and now, one semester later, he is a diehard Geronimo Stilton fan. Looking back, I am glad we did not force him to pick up reading before he was ready.

And when he was ready, it was truly like a switch that went on in his mind.

He went from ‘trying to read’ to ‘avid reader’ just like that!

The one area of enrichment we agreed to take on was for the Chinese language. Both my husband and I speak hardly any mandarin, and the boys’ kindergarten is a more English-based one. We knew that they would need at least a basic understanding of the language in order to cope with understanding the lessons when they went to primary school.

The key to preparing our children for school life is not to force them to reach a certain standard before their time or to pre-empt every possible challenge or roadblock they will face in their studies.

Seek to inculcate a love for learning and a healthy attitude towards their studies. Create an environment that encourages them, point them in the right direction, provide resources they need, and help them find strategies to cope with challenges along the way.

Of course, the worries will come.

I struggled with the fear that my child would not be as prepared as his peers in primary school.

Would he lose confidence because others were better than him?

Would he be discouraged if he didn’t get high marks on his assignments and spelling tests?

Interestingly, I have found these worries unfounded. He tells me that so-and-so is really good with numbers and can do additions to one thousand, without feeling bad that he himself takes a long time to add double digit numbers.

He doesn’t always get his spelling right, but he can tell me confidently that he did his best. He struggles with math but we work through the problems together, and it’s made us stronger, closer, and thankful for every milestone reached.

Best of all, I see him encouraging his little brother, who is now beginning to learn blending (reading) and how to write. He doesn’t ridicule his younger brother for mistakes made or make him feel small.

Instead he tells him, “Last time I also cannot, but now I can. See? You can do it.”, and it warms my heart so. Encouragement begets an encourager.

So instead of being stressed about children not being able to read as fluent as their peers, focus on encouraging their love for reading, listening attentively to their stories and look for books that interest them.

Instead of being worried about ensuring they know their math concepts even before it is taught in school, leave the teachers to their job and follow up with our children after the material has been covered.

Instead of focusing on getting every question right, focus on encouraging our children to keep trying; that mistakes are proof that they are trying and learning. If not, we fail to prepare them for the failures and pitfalls of life, which are certain to come.

If we do not become their greatest ‘encourager’ in this journey of school life, then who will?

This was first published in The New Age Parents e-guide.