How To Prevent Your Kids From Becoming Addicted To Your Phone

Would it surprise you that most modern-day smartphones have only been around for slightly more than 10 years? Apple first launched the iPhone in 2007, only 10 years ago. 3G capabilities were unrolled around 1998, with 4G in 2008. Facebook was launched in 2004, and YouTube in 2005.

If your child is 12 years or younger, chances are they would have grown up all their lives exposed to smart gadgets, high-speed data plans, round-the-clock cable television, and social media networks. Amidst all the benefits of smartphones, they have also grown to become a major source of stress, danger and risk, especially to young people today. 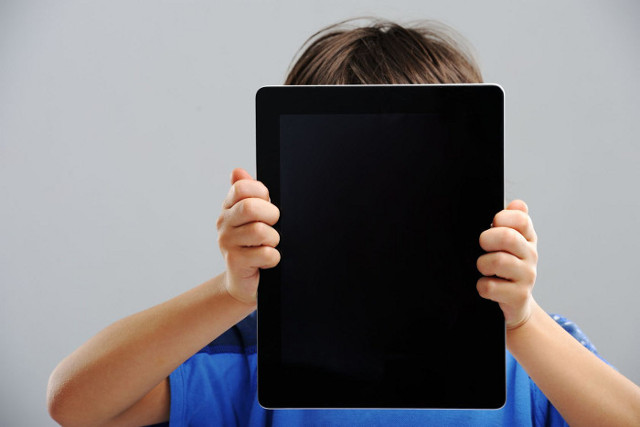 Impact of Smart Gadgets On The Young

In 2013, the Business Insider reported that 70% of South Korea’s 50 million people had smartphones – the highest penetration rate in the world – of which 80% aged 12-19 owned smartphones in 2012, double the 2011 figure. Nearly 40% of these teens spent more than 3 hours a day tweeting, chatting, or playing games, and nearly 20% were “addicted” to smartphones.

According to CCTV (China Central Television) website, China reported in 2013 that they had an estimated 300 Internet addiction centres, and that more than 24 million young Chinese were addicted to the Internet.

Closer to home, Yahoo News reported in 2014 that addiction to social media and video downloading in Singapore was on the rise, surpassing obsession with online gaming as the most common addiction amongst young adult psychiatric patients. Cyber wellness programs are now being launched and targeted for pre-school children, even as the addiction grows here.

How can we prevent our kids from becoming screen addicts?

The best way and start is to inculcate healthy and positive habits as parents ourselves. It is rather challenging to tell your kids to get off their smartphones when we ourselves are habitually checking our Facebook updates or WhatsApp messages.

One initiative by Nanyang Technological University students in 2013 was the “Put it on Friend mode” campaign, where the public was encouraged to put their phones in a facedown position when they are with loved ones. This would work best for example during mealtimes, or other opportunities for face-to-face social interaction.

Encourage and promote physical rather than digital activities. Research has shown that touch is the first means of communication and learning in early childhood. Provide healthy alternatives rather than just withhold or eliminate negative habits, so instead of just taking away your child’s smartphone and banishing them to their rooms, suggest creative and imaginative activities such as reading, sports, arts and music. 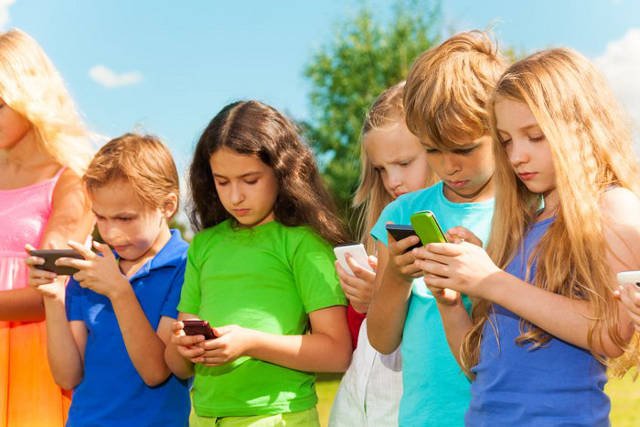 Different psychological studies in recent years have reported significant negative effects of early exposure to watching television. And by extension, the use of smart devices, which are increasingly replacing TVs as the Primary source of entertainment. These include language delay, concentration problems, impulsiveness, restlessness and aggressive behaviour in later years as early as 6. Every added hour of watching TV increased a child’s odds of having attention problems by about 10%.

Toddlers learn best from real-world experiences and interactions; using their senses are extremely important in their development process. Experts strongly encourage parents not to introduce television to children under 2 years old, or videos or games on your phone or tablet as the oversaturation and stimulus could affect their overall neurocognitive development.

For children 2 years and older, the advice is to limit usage to at most 2 hours a day of screen or device time. Another idea is not to buy or give a smartphone for your child to use or own. Unless absolutely necessary, this would prevent or delay a growing need or addiction to using smartphones. Perhaps consider a “dumbphone” – a phone with basic functions.

Mdm Tan, a mother to a Primary 5 girl, notes that besides smartphones, children are exposed to all other sorts of visuals. Therefore, regulation of screen time has to be holistic. She sets a quota of 1 hour per day for her daughter, and she is free to choose what she uses it on – be it on the computer, phone or iPad.

Where possible, parental guidance is suggested, and you are involved in your child’s experience with electronic devices starting from a young age. Perhaps consider allowing your child to use the smartphone in your presence for a mutually agreed-upon duration of time.

For my family, we make it a point to have meals without phones or iPads. My husband and I believe that children do not need to be entertained all the time. At mealtimes, we learn to wait on each other and we simply talk and eat together. We have practised this since young and it has been going well for us.

Added measures would include password protection and installing security apps on your smartphone or tablet so that your child has to come to you when he or she wants to unlock it. This allows you to monitor and track what they are accessing whilst using it.

Of all the above suggestions, I would strongly recommend the first two – leading by example and finding positive healthy activities to engage in. This would help or at least set you and your child on the right track towards a more balanced use of smart gadgets.