How A Mother Helped Her Son With Down Syndrome: Interview with Alice Luhur

Alice Luhur, 41, is a Taiwanese mother of two. Currently residing in Singapore, she has a son Jared, 11 and a daughter Jenna, 9. She became a stay at home mum after giving birth to her first child, Jared. Raising Jared was different as he was diagnosed with Down Syndrome at birth. 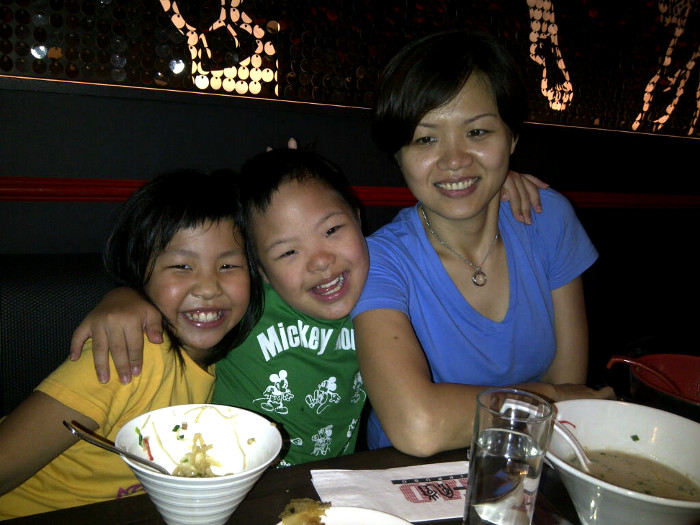 The New Age Parents spoke to her to find out more on how Glenn Doman’s course “What to Do About Your Brain-injured Child” helped her and her son.

TNAP: Hi Alice, how did you find out about the Glenn Doman (GD) Program?

Alice: A friend of mine bought the Glenn Doman flash card and she introduced it to me. That was how I got to know the name of Dr. Glenn Doman. I went to find out more about the program myself and read the book “What to Do About Your Brain-injured Child”. I thought it was very useful and relevant to my situation. When I heard about the course conducted by the Institute in 2002 in The United States, I attended the course to learn more about how to help my son.

TNAP: Wow, you flew all the way to The United States?

Alice: Yes, there wasn’t any such course offered here in Singapore then. I was open to different treatments and hoped to find ways to help Jared. I believe we should not close any options presented in front of us without finding out more about it. That is why I decided to go to the Institute for the Achievement of Human Potential – to find out more about this course and how it could help us.

TNAP: Can you tell us briefly what was covered in the course?

Alice: The course started with the basic and most important aspect of the programme, which was the physical, intellectual and physiological aspects. They taught us some exercises we can do with our babies and how they can benefit and help in our babies’ development. The course later covered other aspects such diet, nutrition, environmental factors and some discipline strategies.

TNAP: Before you tried the GD program, was Jared attending any school?

Alice: Yes, Jared was at Rainbow Centre for one year from 2002-2003. He had physiotherapy at Rainbow Centre and we also had an external therapist. Rainbow Centre did their best at what they were doing. I pulled him out after attending the course not because Rainbow Centre was unsatisfactory but there were some conflicting ideas between Rainbow centre and Glenn Doman program. Personally, I was more comfortable with the Glenn Doman’s method and ideas. That is why I decided to go with it. From 2003 to 2010, I used the GD programme at home for Jared and saw major improvements in his development.

TNAP: That’s great to hear! What sort of improvements did you notice?

Alice: In all aspects, especially physically! We started the home program, he was 18 months but he was still immobile. He was not able to crawl and sit up on his own. After two weeks of doing the exercises I learnt in the course with him, he started to move around on his own. Although the crawling was not perfect and looks a little ugly (laughs), it was still a big improvement!

Jared’s health was also very bad. Prior to the program, he was hospitalized for every two months due to small illnesses. After we started the program, we noticed that the frequency of his illnesses lessened. From being hospitalized for two months, it decreased to a minor cold once a year. That was a huge, huge improvement. Of course, other factors played a part in this as well. 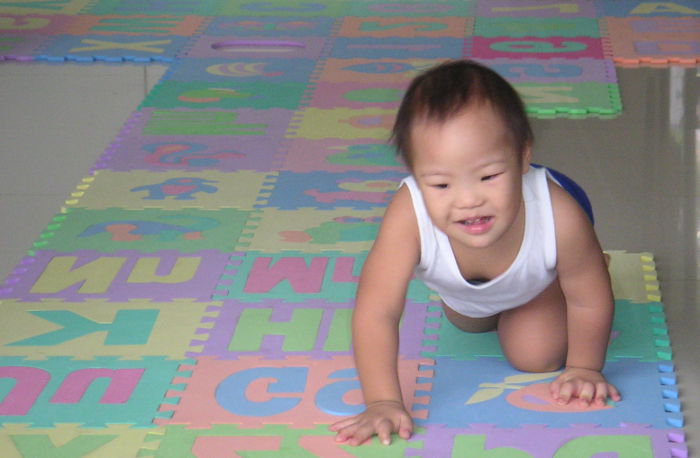 As mentioned above, besides the physical and cognitive aspects, the course also covered other areas such as the child’s diet and living environment. The program advocates in healthy eating. After I was more informed of such choices and aware of the harmful chemicals in household cleaning agents and food allergens, I started to change our diet and the things I used at home.

I breastfed both kids and when they were able to eat whole foods, we ate organic food, cut down on our sugar and salt content and had no deep-fried food. Although we recently just got an air fryer (Laughs). We also stopped taking seafood for years, even fish as Jared’s mercury level was very high at that time. I was shocked when I found out about the mercury content in today’s fish.

I also changed my household cleaning products. I read that there are actually many harmful chemicals in most of the commercial cleaning. I now use essence oils to clean my house. It is not only chemical free and environmentally friendly, it also kills bacteria and is not too costly.

TNAP: Are you still using the GD programme now?

Alice: I started the program in 2003 and stopped somewhere in 2010 when Jared starts his online school. I highly encouraged the program to my friends as I saw a great improvement in Jared’s development, and I think my friends have seen his improvements for themselves. My daughter was doing the program together with Jared. I noticed her motor skills were better and she could sit up and crawl on her own by the time she was 6 months old.

Alice: He is now attending an international online school based in the United States. Its long-distance learning and I homeschool him. His academic syllabus is US standard and he is taking age level syllabus and by this September (2012), he will be Primary 6 full-time student at K12 International School. Socially, he gets to interact with other well kids as he attends Taekwondo, tennis, swimming, gymnastic and speech and drama classes. He really enjoys speech and drama. 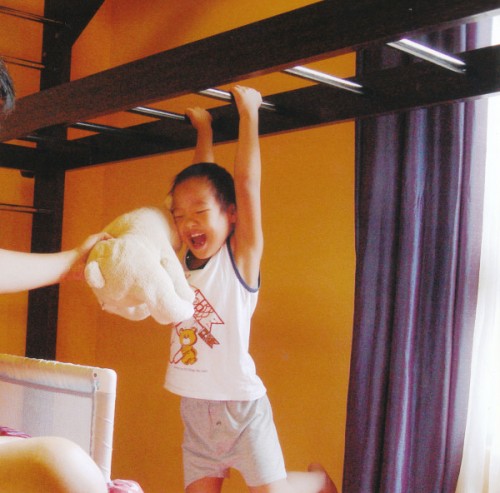 TNAP: What is the one misconception about children with special needs or brain injured children?

TNAP: Besides befitting your child, how do you think the program has benefitted you?

Alice: Before I found out about this programme, I felt hopeless. I had many doubts and question marks in my head, asking myself “What would he do when he grows up”, “Where would he end up”. After attending the course, I was optimistic that he can be independent and totally well on his own.

TNAP: Thank you Alice for your time and we wish you, Jared and your family all the best!