Best Children’s Movies: What Kids Can Learn From Movies Part I 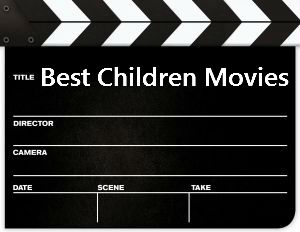 Good films and movies can teach us lessons about ourselves and lives, if only we are open to learn. Take the movie experience even further and engage in an informal chat over a meal with your kids; ask them how they felt about the movie. Ask them what did they like, dislike, who were their favorite characters and why, what actions they felt were good or bad, the list of questions goes on!

TNAP lists down our favourite movies for children, and what they can learn from these movies.

Synopsis:
Four siblings – Edmund, Lucy, Peter, and Susan are sent from their London home to the country estate of an eccentric professor in order to ensure their safety during World War II. The house is very dull, except for a large, ornate wardrobe discovered by young Lucy during a game of hide-and-seek. Venturing inside of it, Lucy is transported to a snowy alternate universe: a magical world called Narnia. The land is populated by talking animals and ruled over by the benevolent lion god Aslan, the white witch Jadis, lustful for power and governed by narcissism, has cursed Narnia with a tyrannical decree that it will always be winter but never Christmas. Now, the children must fight alongside Aslan for the salvation of Narnia.

What kids learn:
The importance of trust, the reality of deception, the downward spiral of lying, and the age-old truth that good triumphs over evil at the end of the day. There’s also a lesson in having the courage to stand up for what you believe (Lucy) and the power of forgiveness (of Edmund by Aslan and his siblings).

Synopsis:
The first in a line of four Pippi Longstocking films follows the precocious girl as she takes over an abandoned house called Villa Villekulla, moving in with her horse and pet monkey, Mr. Nilsson. None of the neighbors know what to make of it — especially Tommy and Annika, the children who live next door. But the trio soon forms a fast friendship, and the good times begin!

What kids learn:
Pippi is definitely a wild and unpredictable character, but with the best of intentions and a heart of gold. Children will be charmed by her spontaneity and zest for life, and learn that the best of intentions can often be thwarted by circumstances, an inaccurate view of the situation or personal inadequacies, but that it’s still worth fighting for and doing what is right.

Synopsis:
Woody the Cowboy, Buzz Lightyear, and the rest of their friends from the toy box return in this computer-animated sequel to the 1995 hit Toy Story. Andy, the young boy who is the proud owner of most of our cast of characters, is off at summer camp, giving the toys a few weeks off to do as they please. Woody is unaware that in the years since his model went out of production, he’s become a rare and valuable collector’s item. An avid toy collector decides that he wants Woody for his collection and swipes him, so Buzz Lightyear, Hamm, Rex, Slinky Dog, and Mr. Potato Head venture forth to rescue their kidnapped friend before Andy returns.

What kids learn:
The importance of teamwork and unity, the power of friendship, and the value of every toy. Hopefully, this translates into a deeper appreciation of the worth of every individual, including the kids themselves.

Synopsis:
In this stunning underwater adventure, with memorable characters, humor and heartfelt emotion, Finding Nemo follows the comedic and momentous journey of an overly protective clownfish named Marlin and his son Nemo – who become separated in the Great Barrier Reef when Nemo is unexpectedly taken far from his ocean home and dumped into a fish tank in a dentist’s office. Buoyed by the companionship of Dory, a friendly-but-forgetful Pacific regal blue tang, Marlin embarks on a dangerous trek and finds himself the unlikely hero of an epic effort to rescue his son — who hatches a few daring plans of his own to return safely home.

What kids learn:
Even very young children will realize just how much Marlin loves his son, Nemo. While enjoying the adventures of the little fish, they will gain a deeper understanding of the great love their parents have for them, and how far they would go for them. Parents, of course, would hope that their children will get the message that “Daddy always knows best. Children, obey your parents.” – but just be prepared that this might not be the main message your children ‘get’!

Synopsis:
This superbly animated children’s tale is directed by Hayao Miyazaki, one of Japan’s most beloved animators. The story follows Satsuke and Mei, two young girls who find that their new country home is in a mystical forest inhabited by a menagerie of mystical creatures called Totoros. They befriend O Totoro, the biggest and eldest Totoro, who is also the king of the forest. As their girls’ mother lies sick in the hospital, O Totoro brings the sisters on a magical adventure but also helps them to understand the realities of life. Like most films released by Miyazaki’s Studio Ghibli, this family-oriented feature has a powerful ecological theme.

What kids learn:
The special thing about Studio Ghibli anime is the way it brings out timeless truths with child-like simplicity. Both children and adults alike can be drawn into the story effortlessly, and taken on a journey that explores the realities of life and death, the meaning of trust and love, and the faith of a child.

Do you have any children movies to recommend? Share them with us below!