Why Do Christians Celebrate Good Friday and Easter?

This year’s Good Friday falls on 2 April 2021, and already we are starting to see our feathered yellow friends and gilt-wrapped eggs in the shops – and the occasional little bunny. But what do chicks, chocolate and the Easter Bunny have to do with Good Friday, really?

➡️ Related Read: Things to Do Over Easter Weekend

We give you the background on these trademark symbols below, as well as the real meaning of Good Friday and Easter. Many Christian denominations observe Lent, the period of six weeks leading up to Good Friday when they prepare themselves through prayer and fasting. During ancient times, orthodox churches are believed to have abstained from eggs during Lent. The only way to keep the fresh eggs gathered from the hens from being wasted was to boil or roast them, to be eaten when it was time to breakfast.

Eggs boiled with flowers take on their hue, bringing the colours of spring into the home, and so the custom of egg decorating began. Later on, Chocolate eggs appeared in France and Germany from the 19th century. 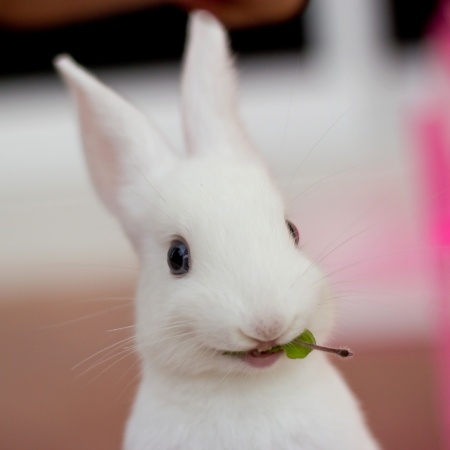 The Easter bunny is often depicted as a rabbit carrying a basket of colourful eggs. According to German folklore, the rabbit carries colored eggs, candy, and even toys in his basket, to be delivered to the homes of good children. In fact, it’s a very similar concept to the idea of Santa Claus delivering presents to homes on his sleigh at Christmas.

Like the rabbit, the newborn chick was a symbol of fertility and new life during ancient times. The two are said to be closely linked, as the chick is said to hatch out from the eggs brought by the bunny. (But really, what’s the connection? It’s anyone’s guess…)

The emergence of the chick from the egg is a metaphor for the restoration of life after winter. Spring has finally arrived and it is time to give thanks for all things new. For the Christian, that includes celebrating the hope of new life guaranteed through the resurrection of Jesus Christ.

What’s the real meaning of Easter?

Good Friday is the day when Christians remember the death of Jesus Christ on the cross. The Roman governor of that time, Pontius Pilate, had sentenced him to death by crucifixion, that is, by being nailed to an upright wooden cross. It might interest you to note that Jesus had not, in fact, committed any crime worthy of his punishment – rather, the governor had found him blameless but was pressurized into meting out the punishment by an angry mob.

On Easter Sunday, Christians celebrate the resurrection of Jesus Christ three days after he was crucified, that is, him coming back to life. This is possibly the most pivotal event in the Christian calendar since much of their faith hinges on the belief that Jesus Christ’s resurrection proves that he is God, and consequently that what he claimed of himself was true.

If you’re stumped on how to make the celebration of Easter meaningful for young children, here are a few ideas you might want to consider.

1. Easter Egg Hunt – Organize an indoor or outdoor Easter egg hunt for family and friends! Have little snippets of the Easter story stuck to each chocolate egg wrapper or inside plastic eggshells.

2. Easter Egg Decorating – Decorate hard-boiled eggs to brighten up the home or to give away to friends. (So many awesome ideas here!) Use the humble egg to share the Easter story of new life and new beginnings.

3. Attend a Good Friday and/or Easter service at your nearest church – Most churches will have a special service on both days, and visitors are more than welcome. Take a peek into what a typical church service is like, and hear the Easter story first-hand from the pulpit.