Cerebral Palsy is an umbrella term for a group of disorders that affect a child’s ability to control movement. It stems from abnormal development or injury to the brain before, during or shortly after birth. Cerebral Palsy affects different children in different ways, depending on the severity and the location of the damage in the brain.

It also has some impact on a child’s movement as the damage is in the regions of the brain that control muscle function, thus causing disruption to the messages or signals from the brain to the associated muscles. 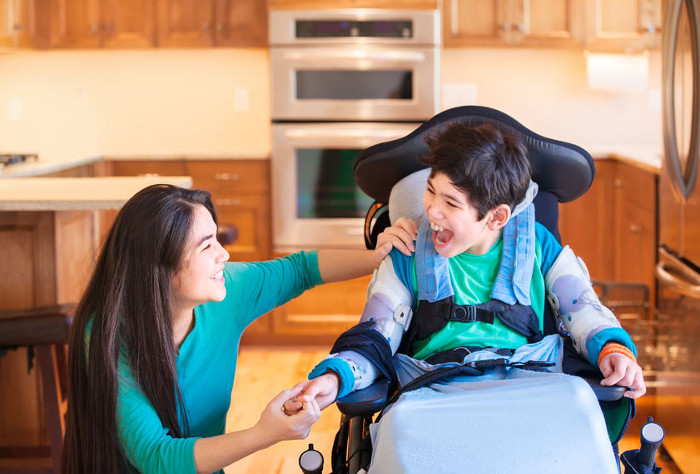 Children with Cerebral Palsy may have issues with motor skills, muscle tone, muscle weakness, reflexes and balance. However, other aspects such as learning and language skills may be similar to a typical child, again depending on the damage to the brain.

Cerebral Palsy can be categorised into a number of ways:

(i) The parts of the body affected 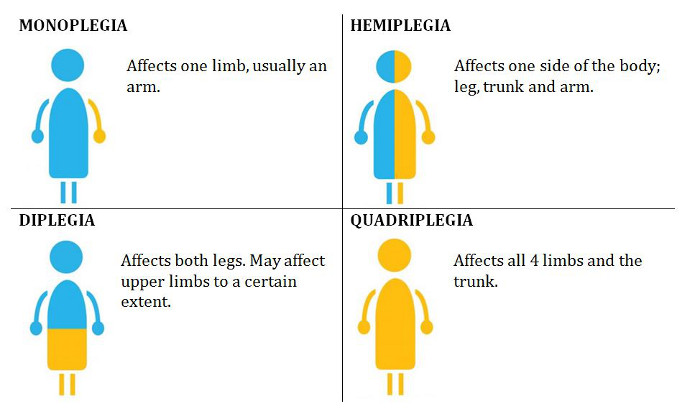 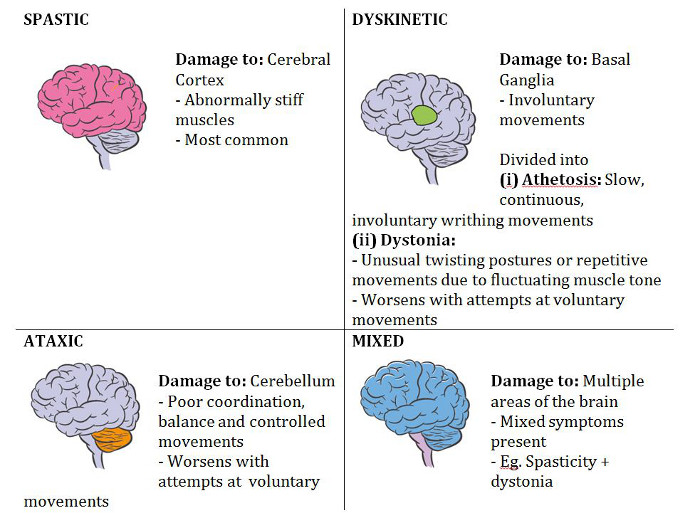 Muscular Dystrophy is a group of disorders caused by genetic mutations, most commonly in the mutation of the gene that synthesizes a protein called dystrophin. Dystrophin is primarily found in skeletal muscles (muscles responsible for movement) and cardiac muscles (muscles in the heart). Without dystrophin, the above muscles are unable to sustain themselves, hence causing muscle atrophy or muscle wastage in the long run. Fat and fibrotic tissue then replaces the muscle fibres, and the muscle becomes weak overall. Muscular Dystrophy affects children in different ways, depending on the severity of the gene mutation, which can be divided into two broad categories:

Children with Muscular Dystrophy (especially in Duchenne Muscular Dystrophy) tend to walk with a waddling gait, usually have noticeably large calves due to fat and fibrous tissue replacing the muscle fibres and may present with the Gowers’ sign. However, other aspects such as learning and language skills are usually similar to a typical child if there are no other types of damage.

Gowers’ sign: Using hands to push on legs to stand due to weak hips and lower limbs.
Image source: dfiles.me/gower-sign.html

How is Cerebral Palsy and Muscular Dystrophy similar or different?

However, both conditions would affect a child’s movement, whether in terms of delays in motor milestone development such as crawling, sitting, standing and walking. As both conditions affect the ability to control muscles, a child with Cerebral Palsy and

(i) Inadequate muscle growth due to lack of usage.

(ii) Malformed bones and joints, as well as muscle imbalances that may lead to complications such as scoliosis and hip dislocations or deformities of the feet, arms and hands.

(iii) Compensatory movement strategies to enable movement such as excessive circular movements in the hip instead of a straight line when walking.

(iv) Easily fatigued as they tend to use more energy for simple movements, hence tire out more easily than typical children.

Can Cerebral Palsy or Muscular Dystrophy be treated? 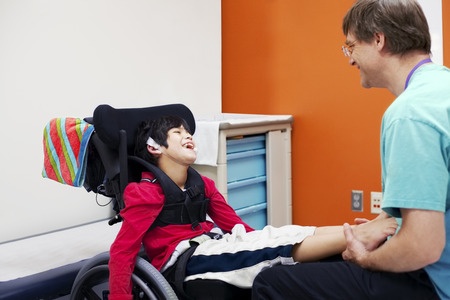 For children with Cerebral Palsy, the damage to the brain is permanent and non-progressive, which means that the condition is untreatable but the damage will not worsen. However, the secondary effects of the damage may worsen if proper care is not taken. For children with Muscular Dystrophy, the muscles will progressively weaken with age. However, medication can slow down the effect of the deterioration.

Physiotherapists aim to teach such children with movement impairments and difficulties to optimise their body’s functional mobility in the most efficient way possible. Interventions would be focused on the promotion of mobility and achieving age-appropriate gross motor skills (e.g. Sitting, crawling, standing, walking, running, jumping) through fun games and activities that incorporate training for strength, balance, coordination, flexibility and endurance, depending on their capabilities and needs.

Intervention would incorporate management of the secondary issues that such children may present with, such as coping strategies for scoliosis and hip dislocations. Most importantly, a physiotherapist may not be able to reverse the underlying damage but can assist in maximising the child’s quality of life by working with their caregivers to empower the child and increase their independent mobility to their fullest potential.

Early detection and diagnosis followed by intervention are extremely crucial to maximise the potential of the child and to slow down or better manage the secondary effects of such conditions.