Does that sound familiar? Some parents may be tearing their hair apart and feel anxious not knowing what to do when their toddler screams “No” to everything you say or refuse to do as they told. Many parents wonder if this phase will be here to stay. The good news is that there is an end in sight, but this phase can continue to around the toddler’s third birthday. 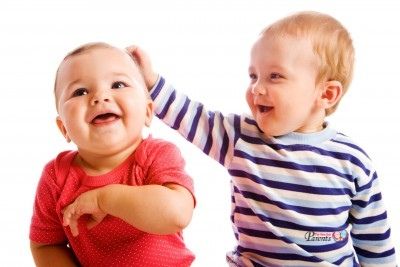 The bad news is that this phase doesn’t start at two, but it can happen around your toddler’s first birthday. Samuel started his first outward defiance at around 15 months. He waved his little index finger at my face and firmly telling me “No no!” when I told him not to touch the CD player on the TV console. I must admit that it was quite a funny sight, as he was mirroring me when I discipline him at home. But I had to keep my cool so that I could tell him that I meant business. Subsequently, he started throwing himself on the ground and flopped back and forth like a fish on land whenever we did not give him what he wanted.

When we got pregnant with our second child, who was due in August, many prewarned us that Samuel will be going through the “Terrible Twos”. I was discouraged but the feedback gave me the courage to pursue what I had found next. I was determined to find out if these so-called “Terrible Twos” or acting out behaviours have a certain developmental and logical purpose. I was sure that our toddlers could not have it all planned to give us a hard and trying time at such a young age. At the same time, I was all ready to disclaim the pessimistic view and myth about them surely having to go through the “Terrible Twos”. Because I believe that it can also be a terrific season for both the parent and the child.

Did you know that the temper tantrums and refusal to obey are actually their way of trying to find their autonomy and personality as an individual? Erik Erikson, who is famous in his theory of psychosocial development, believes that children need to develop a sense of personal control over physical skills and a sense of independence from about 2 to 3 years old. 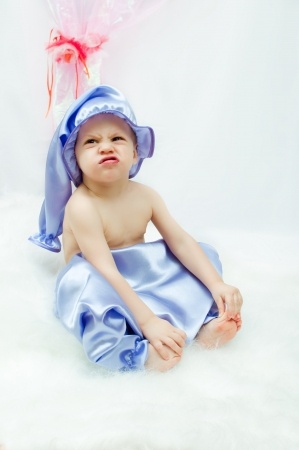 He finds that success to these developments will lead to feelings of autonomy, and failure would result in feelings of shame and doubt within the growing toddler. During this phase of development, your toddler is trying to become more independent in making his or her own decisions, not decisions made by their parents. Most often than not, it would look like they are trying to be defiant, but in actual fact, they may be trying to own the decision made.

In order for them to succeed, they would have to disagree with you as their parent for the choices to be theirs and not yours. And when that happens, there would be lots of crying and anger involved. This is due to the fact that they have not attained the capacity and are unable to comprehend the big picture – for example, not knowing the reason behind changing their diapers when they have soiled them, especially at half time when they are playing with their toys. They may perceive it as you trying to keep them from playing by changing their diapers. It’s funny, I know! 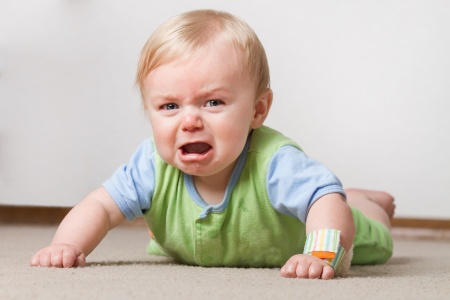 Yet our job as parents is important: to help them discover and explore their surroundings so that they can learn, and to ensure that they grow up to be children who are confident in making choices. Also, bearing in mind that they do not have the capacity yet, to understand what is safe, good, bad, right or wrong.

“The first three years of life establishes the blueprints for all of our future relationships.” – John Bowlby

What Our Toddlers Need:

As our toddlers explode in their development and grow exponentially excitingly during this period of time – in language, motor, cognitive and emotional skill, it can also be tiring and frustrating for a parent to cope with their incessant curiosity and tempering of boundaries. Knowing what they need may help us to cope with their change in behaviours and make this season a terrific one for both parents and their toddler:

1. Assurance and affirmation of their own decisions and choices

Helping your toddler feel confident in making their own decisions, to learn that he or she is in charge and that his or her choices are affirmed even though we may think it is not the best decision, is important. (Of course, bearing in mind of their safety) 2. A secure and predictable structure

As your toddler grows, he or she may begin to find out that the world is indeed a lot bigger than what he or she thinks it is. Your toddler may feel overwhelmed at times. Having a predictable structure, limit and routine in their daily activities will help him or her to feel more secure. The constant reassurance that the parent is still in charge and can keep them safe during this vulnerable period of time. Most toddlers prefer predictability and will manage their emotions better with a definite routine.

⇒ Related Read: Importance Of Having Routine For Children

Having empathy from his or her parents will be the best assurance a toddler can have during this period of growth and uncertainty in his or her character building. We can try to empathise with his or her unhappiness or emotions even if we cannot do what he or she wants us to do. I find that empathising outwardly helps Samuel to respond calmer in the midst of his tantrums, such like saying, “I know you are angry because mummy has to stop your playing time to change your diapers…” or “Are you very angry Samuel?”

Do you have a preschool child? We would like to invite you to join our Facebook group here for discussions on preschool related topics.