Tan Tock Seng was one of Singapore’s most important early pioneers. He was born in Malacca in 1798 to an immigrant Hokkien father and a Hokkien Peranakan mother but moved to Singapore in 1819, shortly after Sir Stamford Raffles founded the trading settlement.

Tan Tock Seng rose from humble beginnings. He started out by bringing fruits, vegetables and poultry from the countryside to sell in the city. He worked diligently and was able to set up a shop in Boat Quay. He quickly picked up English and entered into a business partnership with John Horrocks Whitehead (1810 – 1846), an English trader.

It was largely due to their joint venture in land that Tan became immensely wealthy. The wealth he built became the cornerstone of his philanthropy which saw to the needs of the many sick and needy in Singapore at the time. He was the first Asian to be appointed a Justice of Peace. 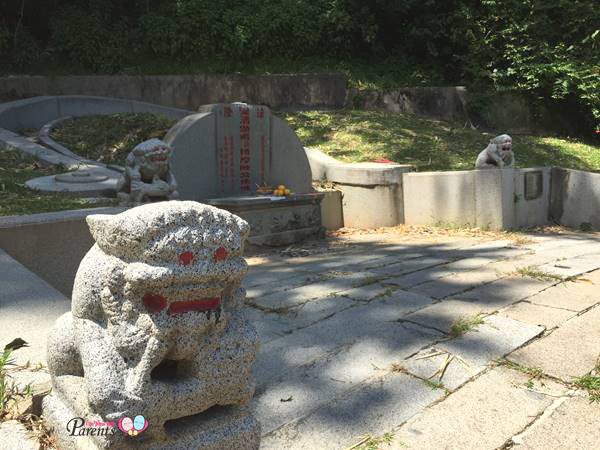 He donated $7,000 (a princely sum then) towards the construction of a Chinese Pauper’s Hospital in 1844. – the brass plate on the foundation stone reads… “the funds for the erection of this building were furnished by the humane liberality of Tan Tock Seng Esq. J.P.”

The Hospital was initially located atop Pearl’s Hill but later moved to the junction of Serangoon and Balestier Roads. The hospital was later to bear his name, a testament to his vision and compassion. The hospital moved to its current location off Moulmein Road in 1909. 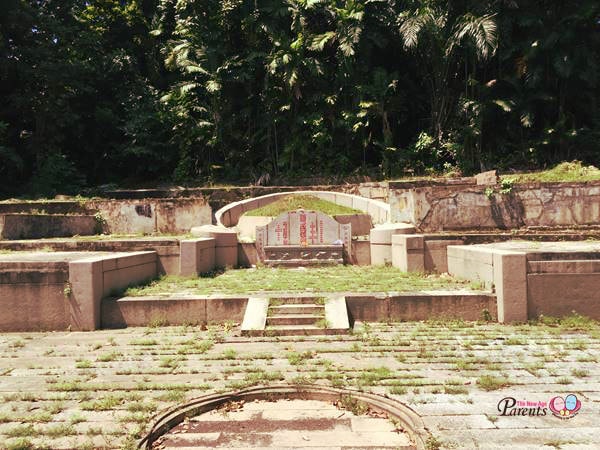 He was highly regarded by the Chinese and Europeans alike with both communities acknowledging him as the “kapitan” of the Chinese. Governor Butterworth. In 1839, he contributed money towards the construction of the Taoist Thian Hock Keng Temple at Telok Ayer Street which became a spiritual and social base for his immigrant countrymen.

Tan Tock Seng died in 1850 at the age of 52 leaving behind his wife Lee Seo Neo, 4 sons and 5 daughters and was buried in an unknown location. The Straits Times on 26 February 1850 announced his death calling him “one of the worthiest and richest Chinese merchants” in the Straits Settlements. The land on which these tombs lie was acquired by his son Tan Kim Ching (1829-1892) in 1877 as a family burial plot. 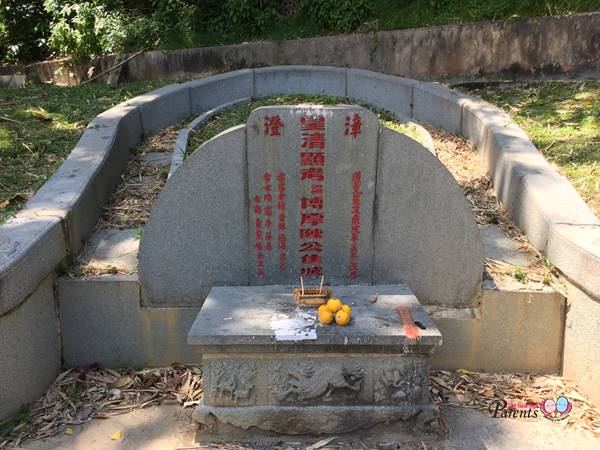 Kim Ching’s wife, Chua Seah Neo, was buried here when she died in 1882. It is possible that Tan Tock Seng’s remains were exhumed and re-interred in this Outram spot around the same time. Tan Tock Seng’s granddaughter-in-law, Wuing Neo, was also buried here. 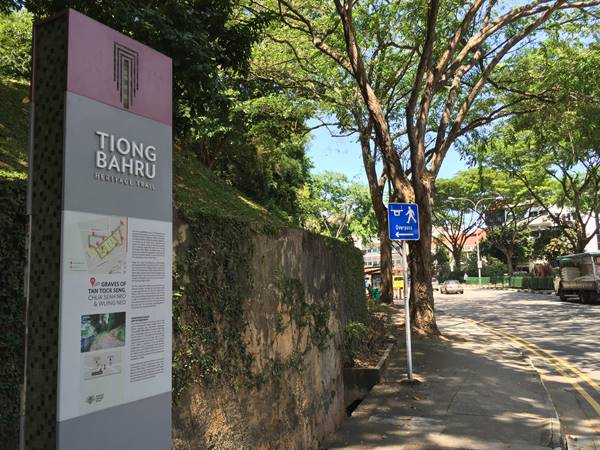 Text from plaque on the grave and heritage board

How to Get to Tan Tock Seng Grave Singapore