My Child Steals… Is It Normal?

One of the most alarming behaviors which can upset parents is stealing. Stealing becomes a common behavior in children because they fail to understand ownership or because they envy other people’s possessions.

Contrary to the notion that children who steal may grow up to be criminals, majority of kids who steal occasionally mature as law abiding citizens once their act is corrected and properly addressed by parents.

Pre School children take the property of others without permission because they don’t understand the concept of ownership. Most children under the age of six are self-centered feeling that they can take whatever they want without understanding that the means of taking could have been wrong. Parents of pre-school children who steal should not resort to punishment in order to address the act. Punishments come to children who are over six years old and who already understand the concept of ownership and private property.

Children take possession of things that belong to others for many different reasons. There are some actions done by parents that may have reinforced the urge to steal. Sometimes, parents who fail to give punishment of the act trigger the child to steal more because they have not faced any consequences of what they did. On the other hand, on saddening cause of stealing in children is finding an example from their parents. For instance, children may see their parents take supplies from the office without permission.

Parents should also discipline their child with their finances considering that as kids grow up, they also need to buy things they want and need on their own. Not providing enough allowance for their needs might push a child to steal instead. Moreover, peers also become a factor. Stealing could sometimes be a rite of passage and acceptance to peer groups. 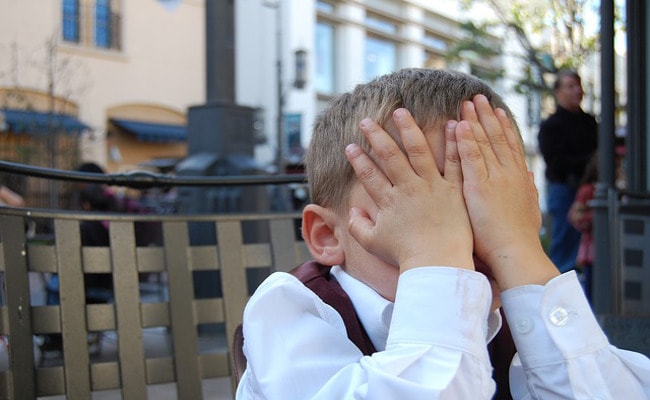 In some cases, the act of taking other’s property should bother parents because it could be a sign of more serious and complicated underlying problem which the child is experiencing.

There are many ways by which parents can resolve the problem of stealing. The following are useful tips parents can do in order to suppress the urge of taking something without permission:

– Explain why stealing is wrong. Parents should be able to point out the legal boundaries of stealing and that everyone is given the chance to rightfully own something.

– Parents should also instill the significance of ownership. People’s right to their own property is distinct from one person to another. Set examples from the things which the child owns like her favorite stuffed toy, her coloring book or his baseball bat. Ask the children how would they feel if someone took these things away?

– Children should be taught how to save money in order to have a budget for things they want to own. Instead of taking other people’s property, parents can help the child save from his allowances and wait for the time until he has saved enough for a thing wanted.

– Developing closeness with children is one way of inculcating values and beliefs that are useful in living a moral life. Through closeness, communications lines are open and parents will have an idea of what the child needs and wants to have as possession. Teaching the right way to own something is easier when effectively communicated.

– Parents should model appropriate behavior. Parents should exhibit to their children how it is to be honest and open, how to return things that are borrowed and how not to take other people’s belongings.

– Reward and praise honest behaviors. Being honest is difficult to instill but once children are able to show honesty, the best way to maintain it is to reward the good act.

Correcting an act of stealing is difficult for the child. Parents should show support once the child is willing to accept and understand the wrong act. Correcting would mean returning what has been taken, paying for it monetarily and apologizing to the owner. It takes one honest and humble man to correct the action and benefit from rightful living.