NAC-ExxonMobil Concert in the Park 2020

The NAC-ExxonMobil Concert in the Park series was launched in 1996, with the aim of bringing the arts to new audiences and exposing them to various art forms through a series of quality concerts held at accessible parks. The target audiences include neighbourhood communities, youth, families and senior citizens. The series is sponsored by ExxonMobil and supported by National Parks Board and has been generally well-received by the public over the years.

Usually held four times a year, NAC-ExxonMobil Concert in the Park brings you an afternoon of quality performances and fringe activities, featuring emerging and established artists.

Come join us online, as we celebrate Singapore’s 55th birthday with our online edition of the NAC-ExxonMobil Concert in the Gardens series. Presented by Arts@SBG, the concert will be hosted by Jing Yun and feature Hong Shao Xuan and Pan Ying!

Learn more about Xinyao (新谣) which is uniquely Singaporean! Xinyao is a genre of music with its roots tracing back to the late 1970s, featuring Mandarin songs composed, written and performed by young Singaporeans.

Hong Shao Xuan has performed in various Xinyao concerts and is known for his pristine crystal clear vocals while Pan Ying is a well-known Xinyao singer who has released several solo albums. The concert will be hosted by Jing Yun, a Xinyao enthusiast and a senior presenter with 96.3FM. Be ready to be mesmerised by their performances as they bring you down memory lane with Xinyao classics!

Enjoy an evening of uniquely Singaporean music in the comfort of your own home, as we bring the Concert in the Gardens experience to you!

Do tune in to the “National Arts Council Singapore” Facebook and the “NParksSG” YouTube pages to join us for this online concert!

Hong Shao Xuan is a pioneer Xinyao singer who has performed in various Xinyao concerts. He is the first Xinyao singer to release an audio CD of mandarin evergreen ballads and has collaborated with local composers such as Billy Koh, Roy Li and Liang Wern Fook. Shao Xuan released over 10 albums under Ocean Butterflies, WEA and BMG. Some of his most popular songs are 你的倒影, 从你回眸那天开始 (想着你的感觉), 心宇寂星, 岁月的另一张脸, 弹一支凉凉的歌.

Pan Ying is a well-known Xinyao singer who has released several solo albums. Some of her popular songs are 让爱轻轻落下，在你眼里看不见我自己，说时依旧，爱我一如惋惜. Throughout the years, she has been invited to participate in large-scale Xinyao concerts and also served as guest judge in singing competitions on TV variety shows.

Jing Yun has great passion for radio. She became a radio presenter in 1997 and has hosted a wide array of programs ranging from current affairs to entertainment. Jing Yun holds the position of a Senior Programme Director for both SPH Radio Chinese stations and has also been a senior presenter for 96.3好FM since its launch in 2018. She is also a columnist with Lianhe Zaobao and Shinmin Daily News. Jing Yun loves singing and has been a Xinyao enthusiast since her college days.

Singapore’s 55th Birthday is just around the corner. Check out our list of Fun Things To Do This National Day 2020 Long Weekend In Singapore. 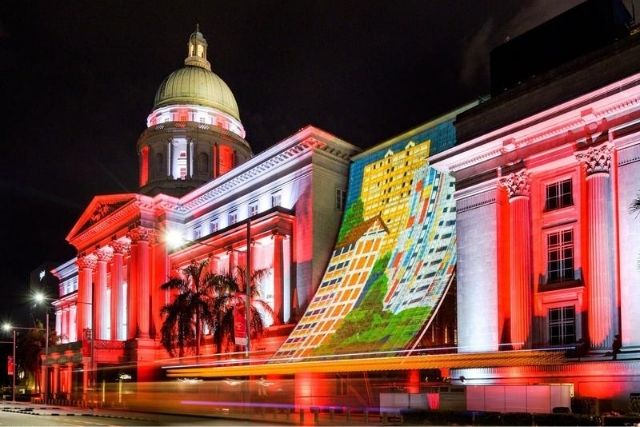