How To Prevent Skin Rash During Your Family Outdoor Fun

It’s a new year and if you decide to explore the outdoors more often this year as a family, don’t let skin rash affect the family fun. Being outdoor has many benefits – learning about nature, fresh air, exercise and quality family time. However, it can also come with sunburn, heat rash and insect bites. Learn about these three common skin rash in kids and take precautions against them. 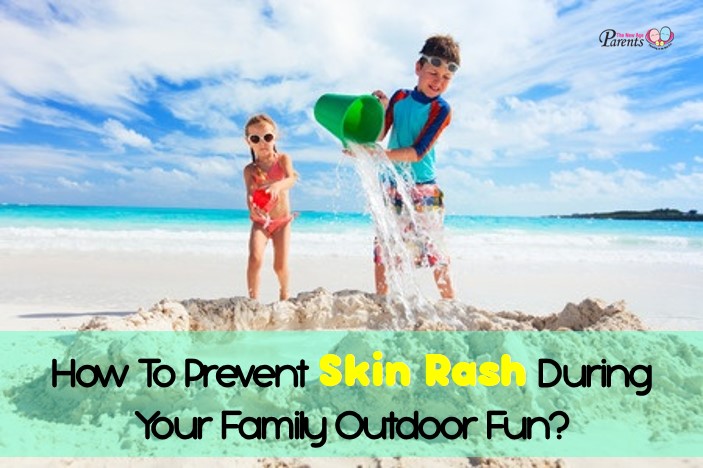 What is Rash from Insect Bite?

Insect bites commonly come from mosquitoes and the rash results from an immune reaction to the saliva of the insects. The saliva contains proteins that are recognized as foreign matters when deposited into the skin via the insect’s bite. The appearance of insect bite rash is distinctive from other skin conditions as they tend to be localized, discrete, red and in bumps. However, the type of insect may not be distinguishable. 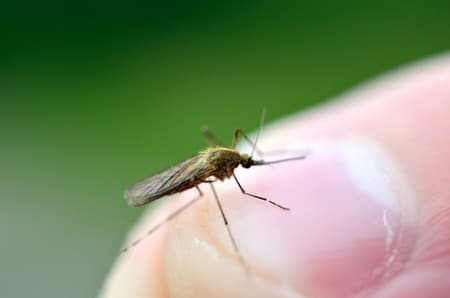 How to Prevent Insect Bite?

What to Do if there’s an Insect Bite?

Most insect bites can be treated with topical creams to reduce inflammation and itch. It is important to limit scratching which can result in secondary infection. It would be best to consult a doctor if the itch is severe or the area looks infected with blisters and oozing fluids.

What is Heat Rash? 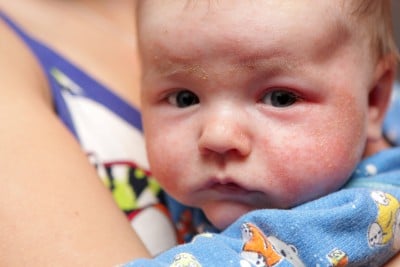 Heat rash is medically known as miliaria, which commonly affects babies because their sweat glands are immature. Particularly under hot and humid conditions, immature sweat glands are more likely to be blocked after excessive sweating. This results in the heat rash, with the appearance of small, red bumps, commonly appearing on the baby’s trunk.

How to Prevent Heat Rash?

Miliaria can be prevented by wearing light clothing and be mindful not to cover the baby too much with thick blanket or clothing. It is easy for babies to over-heat as they are less able to regulate their body temperature. The mainstay to prevent heat rash is to limit sweating, including at night when the room should be kept cool.

What to Do when there’s Heat Rash?

Heat rash typically does not require doctor’s consultation and will go away on its own. Calamine lotion can be used to soothe the rash but does not treat it. Calamine lotion is not recommended for children with dry skin or eczema as its soothing effect comes from the coolness from its evaporation which can be drying for the skin

Sunburn results from damage from the ultraviolet rays when the sun rays penetrate the skin, affecting both the epidermis and dermis layers, collagen and elastin. That’s why if you want to maintain youthful-looking skin, avoid the sun! Sun damaged skin also increases the risk of skin cancer. It is often mistaken that for the synthesis of Vitamin D, you have to suntan – this is not true, just a few minutes of sun exposure is enough. Sunburned skin generally changes from normal to pinkish/reddish to burned look after sun exposure. 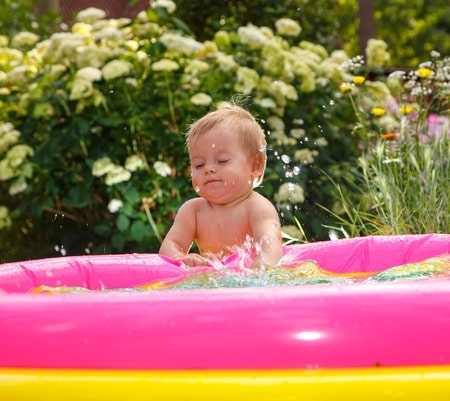 How to Prevent Sunburn?

Sun protection is a must – not only for the child but for the whole family. Sunscreen lotion, usually the physical blockers with zinc oxide or titanium dioxide, is more suitable for children and ensures that it is applied before sun exposure and re-applied after sweating or swimming. Wear a hat, sunglasses, light long sleeves and stay out of the sun during the hottest times of the day.

What to Do when there’s Sun Burn?

For an infant, the skin turning pink requires checking with the doctor or when there is a sign of infection, swelling, blister, pain, nausea or fever for an older child. Sunburn is damage to the skin, and the more severe the burn is, the more it warrants proper treatment. For a mild case, soothing lotions such as aloe vera / moisturizing lotions or cool bath and compress can be used.

Spending time outdoors can be fun and relaxing, with the chance to be active and be away from electronic devices. Remember to have sun protection, wear light clothing and pack the insect repellent for your next family outing!

This article is contributed by Mei (aka MarcieMom of EczemaBlues.com). Mei has co-authored Living with Eczema: Mom Asks, Doc Answers with Professor Hugo Van Bever and illustrated a children’s book A to Z Animals are not Scratching!