One of Singapore’s war heroes of World War Two, Lim Bo Seng, was buried at MacRitchie Reservoir. His tomb still lies there today. 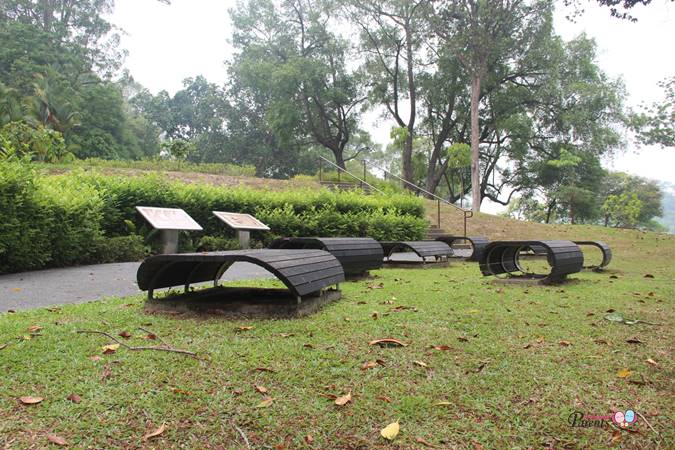 Lim Bo Seng was born in China, the 11th child and the first son of wealthy businessman Lim Loh. He arrived in Singapore in 1917. He studied at Raffles Institution and later at the University of Hong Kong. In 1930, he married Gan Choo Neo and they had 8 children, one of whom died in infancy.

During the Second Sino-Japanese War, Lim was active in the Nanyang Federation’s resistance activities. On 1 February 1942, Lim and other Chinese community leaders left Singapore for India where they recruited and trained hundreds of secret agents, mainly Malayan Chinese, for the Sino-British guerrilla group, Force 136. 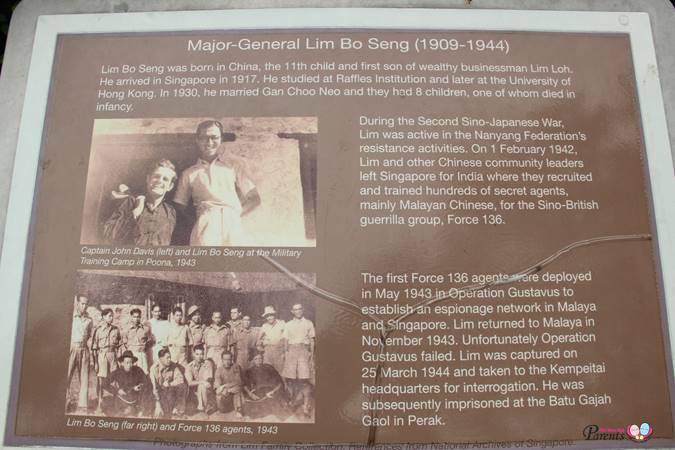 The first Force 136 agents were deployed in May 1943 in Operation Gustavus to establish an espionage network in Malaya and Singapore. Lim returned to Malaya in November 1943. Unfortunately, Operation Gustavus failed. Lim was captured on 25 March 1944 and taken to the Kempeitai headquarters for interrogation. He was subsequently imprisoned at Batu Gajah Gaol in Perak.

Despite severe torture, Lim refused to divulge any information. Incarcerated in appalling conditions, he fell ill with dysentery towards the end of May 1944 and died in the early hours on 29 June 1944. He was buried behind the Batu Gajah Gaol compound in an unmarked spot.

In December 1945, after the war ended, Lim’s widow travelled with her eldest son Lim Leong Geok to bring her husband’s remains back to Singapore. A funeral service was held on 13 January 1946 at City Hall and Lim’s remains were brought to MacRitchie Reservoir where he was buried with full military honours. He was posthumously conferred the rank of Major-General by the Chinese Nationalist Government. 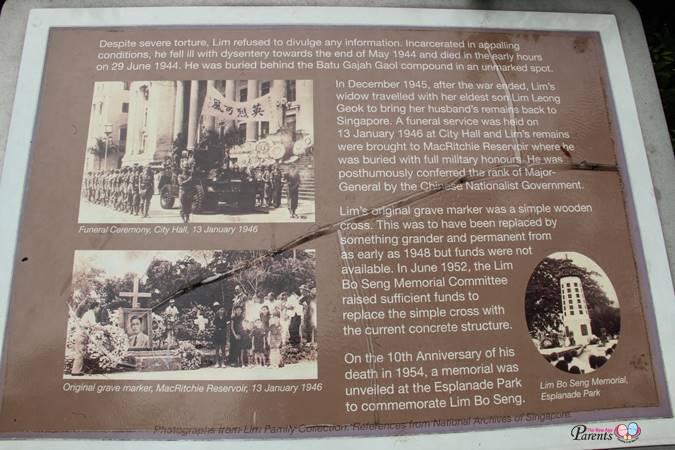 Lim’s original grave marker was a simple wooden cross. This was to have been replaced by something grander and permanent from as early as 1948 but funds were not available. In June 1952, the Lim Bo Seng Memorial Committee raised sufficient funds to replace the simple cross with the current concrete structure. 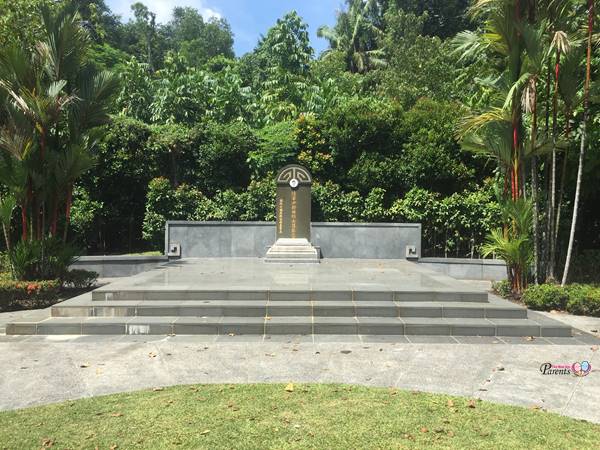 On the 10th Anniversary of his death in 1954, a memorial was unveiled at the Esplanade Park to commemorate Lim Bo Seng.

Force 136 was a British secret service team that operated in Malaya during the Second World War. It was formed to conduct sabotage missions against the Japanese and to gather intelligence for the British to regain control over Malaya and Singapore. One of the agents was Lim Bo Seng, who led Force 136’s Gustavus V Operation in 1943. He was captured by the Japanese and died in captivity in 1944 at the age of 35. 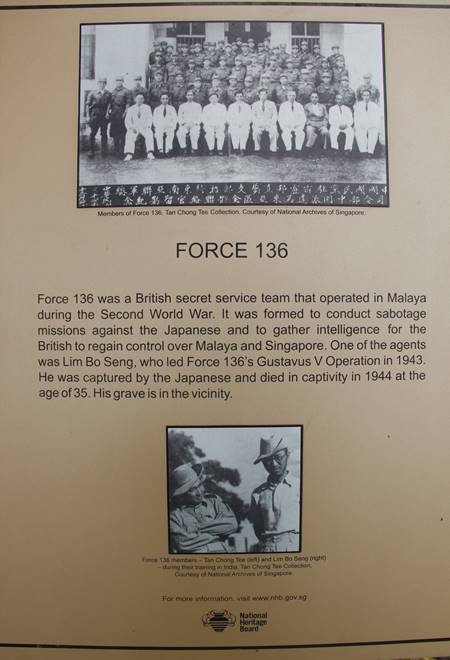 Text from the plaque on site.

How to Get to Lim Bo Seng Tomb Singapore