Recently, I told my wife that if we are planning for another child, we should aim to have one in 2016 – the year of Fire monkey. The reason is largely metaphysical. My Chinese surname is Zhuang or traditionally written as ‘莊’. Baby who is born with the monkey zodiac sign and carry the surname of Zhuang will have a better head start in life. 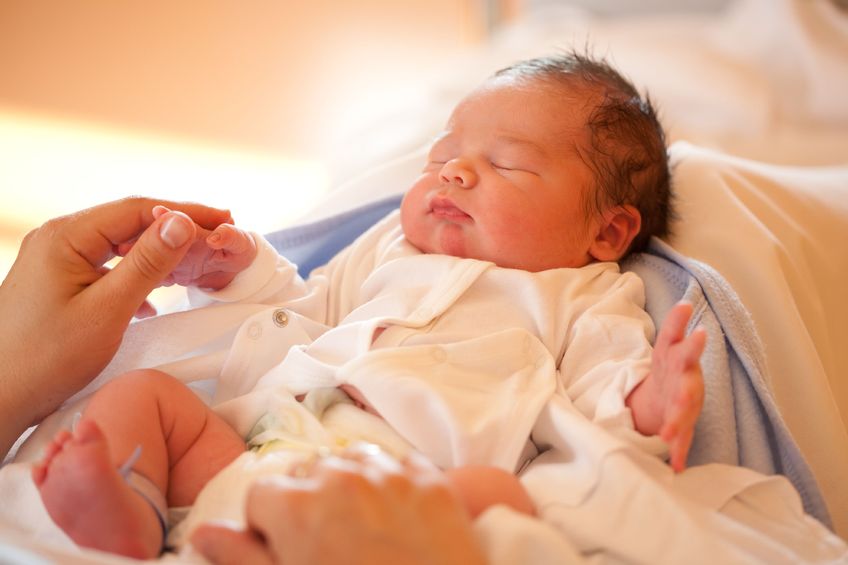 In the study of Chinese Name Analysis System (八字生肖姓名学), surname represents one’s closeness with parents, the upbringing, intelligence, academic performance during primary and secondary school, creativity, and in future the child’s ability to become recognized in society and etc. So, what exactly causes the monkey baby to be luckier when he or she is born into the Zhuang family?

If you dissect the character Zhuang 莊, it comprises 3 parts namely the top part 艸 (wood element), left hand side 爿(weapon) and right hand side 士 (which can mean small or earth element). In our technical explanation, monkey zodiac sign itself belongs to metal element. However, in every 12-year cycle, the metal monkey will be accompanied by different energies which can be metal, wood, water, fire or earth. In 2004, it was a Wood monkey and 2016, it is a fire monkey. Therefore, to put things in perspective why baby having monkey zodiac sign is seen as very auspicious to be born into Zhuang family, the reasons are as follow:

Now, the issue is that most of us are not able to change our surname if things do not turn out as what we want. In this instance, we would then have to rely on the careful selection of middle and last Chinese characters in the name to mitigate or neutralize the negative influence of the surname.

There is a saying in Chinese ‘不怕生错命，只怕取错名’. This means that we are not afraid of not having a good destiny path but we are worried if our name is not given correctly. This sentence implies that our Chinese name plays a very heavy role in determining our overall luck in life. It is something that we should not take it lightly.

It is imperative that we examine the likes and dislikes of monkey and with this set of observations, we are then able to extrapolate and find the Chinese characters that can complement the idiosyncrasy of monkey zodiac sign.

Monkeys have always been recognised as one of the most witty and intelligent animals on earth which are always filled with curiosity and some funny sense of mischief. They possess great strength and agility and often find comfort swinging from tree to tree in the forest area. Diet wise, they are basically vegetarian and prefer fruits, leaves and nuts. “Monkey see, monkey do” implies that monkeys have the special capability to mimic what humans do. Some researchers have found that monkeys do have extraordinary cognitive ability. They are also social animals which interact a lot within their own tribe.

By the same token, people born in the year of monkey are generally better with inter-personal skill. They can be interactive, chatty and a good networker. Nevertheless, they do not reveal their inner thoughts easily. Most of the time, they would prefer an amicable settlement over direct confrontation even when they are offended. Besides, monkey zodiac, which belongs to the metal element and 9th position among the 12 Zodiac Signs, loves to dress well, eat well and enjoy high life. They are more inclined towards material gains and pursuit of status. They often aim to be at the top of their game. Therefore, they will make use of their intelligence and determination to strategise their moves in order to achieve their goal. Given such aptitudes, it is not difficult for them to succeed in life.

By combining the knowledge of the intrinsic behavior of the monkey with the Chinese astrological aspect of it, the ancient masters had developed this Chinese Name system aimed at enhancing a person’s destiny path. Every Chinese name character carries certain energy which can cast either positive or negative effect on the child or adult depending on their destiny chart. 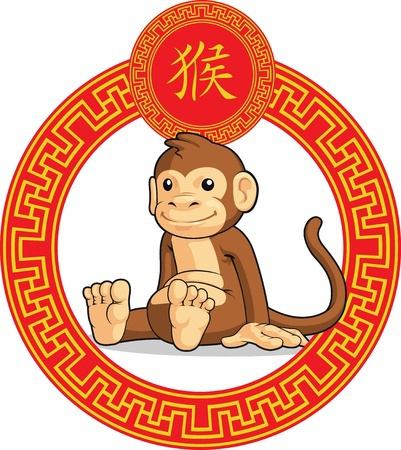 What Chinese Surname will provide a good head-start for your Monkey Baby?

Let us now take a deeper look at the dos and don’ts when you are selecting the name for your baby.

It would be preferable for monkey babies to be born into families carrying surname like:

It does not favour surnames such as:

The approach to selecting good names for your baby is a rigorous and holistic one because not only there is a need to ensure the names complement the baby’s destiny chart, individual Chinese character within the name must also contain the right sound, right shape that ultimately create the right result for the child in all aspects of his or her life. It is also of paramount importance that the given name is compatible with both parents’ Chinese Name and zodiac sign.

In fact, many children and adults nowadays are seeking help from name experts to enhance or improve their study, romance, career luck and even one’s behaviour.

What Chinese characters are suitable for babies born in the year of Monkey?

We have earlier discussed about the general characteristics of the monkey zodiac sign which will then provide us the fundamental knowledge to allow us to select Chinese characters that are appropriate for them. The following Chinese characters or radicals are some examples that are considered inauspicious for people born in the Monkey year：

(A taboo to use radicals or characters that contain 寅,丘,山,艮,虎 which suggest the presence of tiger. In the study of Chinese Astrology, Monkey and Tiger have conflicting energies. This implies poor inter-personal relations with peers, accidents and lack of helpful people. Such type of conflict is also known to be one of the 6 clashes in the study of BaZi. )

(Considered as a serious violation of the principle to see radicals like亥and豕as it is a punishment on Monkey from BaZi point of view. If such word exists in the middle name, it will lead to stress in marriage and relationship with peers. If it is present in the last name, it will lead to issues with personal finances, challenges in career and even strained relationship with subordinates and children.)

(No good to see 心or 月radical because such words are associated with heart which is deemed as part of our flesh. Monkey only feeds on fruits. In this situation, the person having this character in their name will find that they are not able to receive help from people.)

(Monkey does not eat grain, cereal, maize and rice. When he sees it, he will only play and mess with it. The presence of radicals like 禾，豆，米 in a person’s name will create undesirable effect and affect his or her attitude in life. Very often, there is a lack of perseverance at work and may display a frivolous attitude towards relationship.)

(Radicals that have shapes like 八, 又, 儿imply the animal is running or escaping – usually from danger. It also denotes lack of focus or determination. Overall, this signals instability in one’s life. Some of my clients that have such Chinese character in their last name often experience a hectic life in making money.)

(Monkey sign belongs to metal element and therefore it will be inauspicious if the name contains radical that belongs to fire and wood element since it results in conflicting energy. For instance, radicals that carry shapes like 辶, 弓, 木, 火, 灬 are to be avoided.)

On the contrary, below Chinese characters are considered auspicious for people having monkey zodiac sign：

1. 永、孟、孫、存、孔、學、汪、承、淳、丞、享、泰、潔、沛、冰
(In the study of BaZi, such characters or radicals that contain 子，氵forms a 三合 [San He] or 3-Harmony relationship with monkey which is extremely powerful and auspicious. For your information, Monkey, Rat and Dragon zodiac signs form this auspicious trinity.)

2. 晨、宸、農、濃、麗、麒、君、龙、尤、雨、言、震、霈、吾、麟
(Similarly as above, radicals or words that symbolize or represent dragon form a 三合 [San He] or 3-Harmony relationship with monkey. This is another auspicious trinity that boosts a person’s luck in career, wealth, marriage and health.)

3. 布、市、帛、帝、常、彩、彭、彬、衫、杉、祺、福、珍、礼、裕
(It is good to see糸、衣、采radicals as this implies that the monkey is dressed up like human being and this will lead to a rise in status in the society.)

4. 成、盛、誠、城、戊、茂、威、犬、武、戎
(The characters or radicals here are related to this character known as戌 [pronounced as Xu] or dog which is an earth element. According to BaZi principle, they form an auspicious 三会 [San Hui] or 3-Seasonal relationship with monkey. At the same time, Xu dog also strengthens the metal monkey. Good to consider them as it shares the same auspiciousness like the三合 [San He] .)

5. 容、宏、宇、安、宸、室、戶、門、冠、國、園、圓、康、廉、珊
(Monkey enjoys staying in cave and feels protected with roof or shelter over its head. Having radicals or words like 口，穴，门，广，册 in one’s name means stability in career and relationship, supportive relatives, friends and smooth sailing life.)

6. 伸、伶、仁、佳、仕、任、伯、住、佩、來、儂、依、行、徐、介
(Radicals such as 人，亻，彳 symbolize human. When monkey sees such words, it implies a promotion in status and good achievement in life.)

7. 装、欣、莊、成、代、知、芹、劉、勇、力、颖、柔、刚
(Monkey knows how to handle weapons as it learns from human. Radicals such as 刀,刂,矛,匕,戈,矢,斤,片 represent weapon. It implies intelligence, good leadership capability, rise in status, authority and power. )

The list of examples above is not exhaustive but has covered the quintessence. My objective in this article is to share with you some insights and perspectives on Chinese Name Selection for babies. I would encourage you to seek professional advice if you are contemplating of picking auspicious names for your child to have a smooth-sailing path in future.

With this, I would like to take this opportunity to thank you for reading this article and wishing you good health and abundance in 2016!

This article was contributed by Master Jo Ching (莊裕善老师)

Master Jo Ching is the founder of DestinyAsia Global Consultancy and Master Trainer of Destiny Academy. Besides providing professional advices to clients on their home and office feng shui, destiny analysis and auspicious Chinese Name selection, he also conducts professional feng shui courses and corporate talks. He is frequently quoted by media like Lian He Wan Bao, Asiaone, The New Paper, RazorTV and Yahoo.