Findings On Accident Statistics In Singapore By Aviva

Additionally, while weekends are presumably more relaxing, the average accident occurrence per day is almost the same for a weekday (15%) versus a weekend (14%).

These are some of the statistics identified by Aviva from car insurance claims they received in 2015. 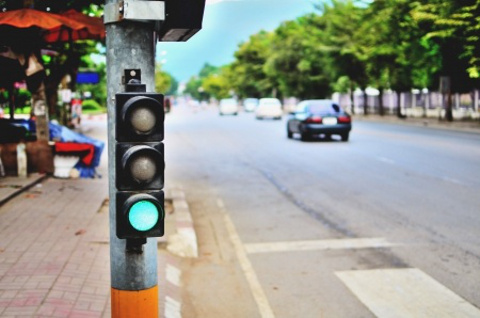 Males are more likely to get into an accident

The long debated stereotype of women being inferior drivers can finally be tossed aside. Looking at the gender split of claimants against the gender split of their customer base, Aviva’s claims statistics reveal that males are 1.4 times more likely to get into an accident than females!

Be alert while cruising on the roads

According to Aviva’s claims statistics, more than 1 in 10 (12%) of accidents occurred before the car has even left the car park. 23% occurred along expressways, whilst accidents at junctions accounted for 13%.

The remainder occurred along the roads, with the top 10 accident hotspots (in alphabetical order) being:


Majority of these roads are either undergoing major construction or exposed to construction projects in the vicinity, and are also listed as Black Spot Locations by the Land Transport Authority.

Avoid tailgating and reverse with caution

The most common type of accident is the front-to-rear collision, which accounts for 41% of all reported accidents. 15% are involved in front-to-side collisions, 13% are chain collisions, while another 12% report an accident from a side swipe (typically happening when two cars are both making a turn). 7% also report an accident that occurred while the driver was reversing.

Who’s going to pay for your own car repair?

There are times when it is not the other party’s car that needs coverage when accidents occur. These include accidents caused by you, hit and runs, theft, or damage caused by falling objects. According to Aviva’s claims statistics, close to 2 in 5 claims in 2015 were from drivers claiming against their own policy for own damage.

Mr. Pan Jing Long, Head of General Insurance, Aviva Singapore advised, “Third-party coverage means repairs for your own car are not covered. From our 2015 claims statistics, we see that it is not always another driver’s fault when it comes to damage inflicted on your car. Opting for comprehensive coverage will give you greater peace of mind. Even though premiums are higher for comprehensive coverage, they are manageable as premium payments can be planned for, compared to unexpected and costly repair bills.”

“Drivers should also pay attention to the excess that their plan offers. This is the amount that you would have to fork out first before your insurance kicks in. Excess levels differ from insurer to insurer – you should check that you are comfortable with the amount. Some people prefer to keep their excess high to enjoy lower premiums, while others want to keep their excess as low as possible in case of minor accidents,” he added.

Turn to insurers for advice when an accident occurs

In the event that an accident occurs, the parties involved are advised to exchange particulars, note down vehicle numbers and capture photos of the accident scene and all damages. Aviva has a helpline to aid distressed drivers in times of need. A representative will arrive at the accident scene within 20 minutes to provide assistance through the entire claims process, including taking you to your destination if your car cannot be driven.

For customers who wish to enter into a private settlement with the other driver, Aviva also provides a form on their website for customers’ use, although Pan strongly urged drivers to keep their insurers informed.

“Whether or not you intend to submit a claim, it would be advisable to report any accidents to your insurer. Your insurer would be best placed to advise on the next steps to take, which can help protect you from being caught in an unfavourable situation later on,” he said.